4 days ago 0 6 min read
We use cookies to provide a personalized experience for our users. By continuing to browse this site, you give consent for cookies to be used.
Got it!
Home > News > Ottawa > COVID consequences: Annual kilt skate gains popularity despite pandemic 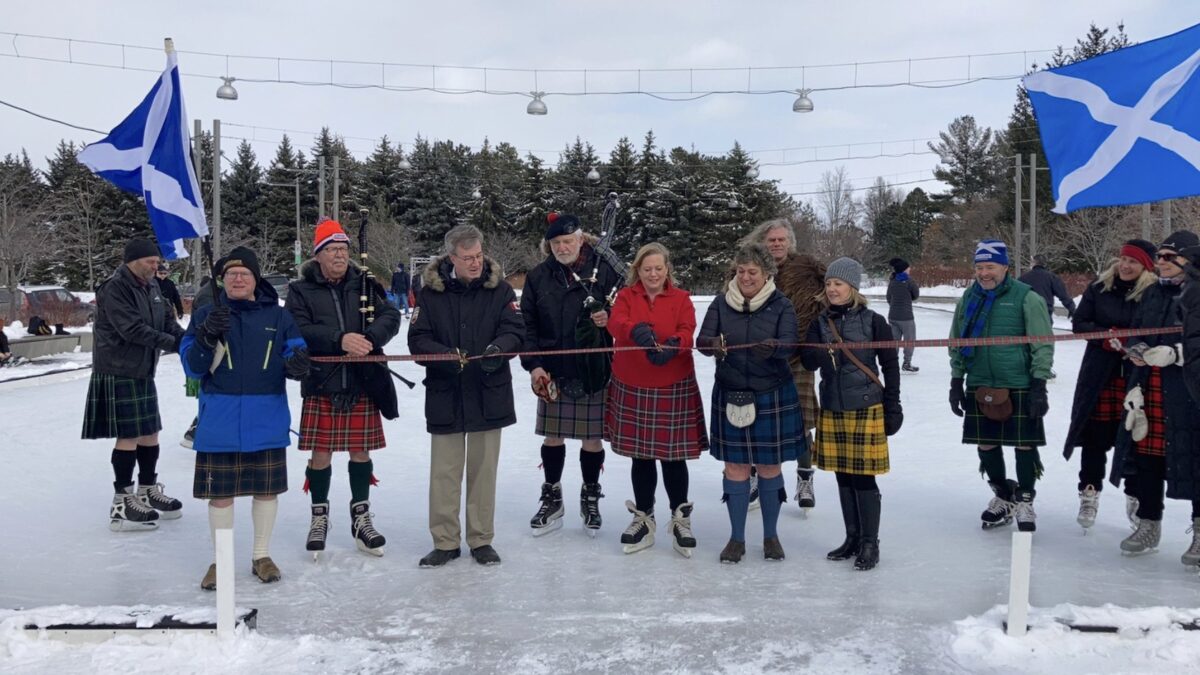 The Great Canadian Kilt Skate marked its eighth year this winter, and organizers say the annual celebration of Scottish heritage has actually expanded during COVID-19 restrictions.

Don Cummer, national director of the GCKS, said pandemic protocols led the Scottish Society of Ottawa — which co-ordinates the Canada-wide activity — to promote a COVID-safe “home event” version of the skate that heightened Canadians’ interest in donning kilts and blades to mark the occasion.

“This has been a huge breakthrough,” said Cummer, “and I attribute it to COVID.”

The local version of the Great Canadian Kilt Skate has been hosted in Lansdowne’s skating court for eight years. The event was founded by the Scottish Society of Ottawa, which is celebrating its 10th anniversary this year.

Cummer was the originator of the event when he hosted a party in his backyard in Old Ottawa South to celebrate Robbie Burns Day on Jan. 25. Cummer and his family and friends all went skating that day, and Cummer made sure to wear his kilt.

In 2014, the event evolved under the society’s leadership. The SSO was looking for a project to propose to Canadian Heritage to commemorate the bicentennial of the 1815 birth of Sir John A. Macdonald, the Glasgow-born first prime minister of Canada. The society asked Cummer if he would like to help them organize a kilt-skating party in Ottawa.

Canadian Heritage loved the idea of a kilt skate; however, the department said it could only support the event if it ran in at least three provinces. Organizers hit the phones and the internet to organize four events in different provinces within a week. This made for the inaugural 2015 Great Canadian Kilt Skate, and it became an annual event.

But the pandemic has unexpectedly helped spread word of the kilt skate. Before the virus struck in 2020, the GCKS was held in eight cities across Canada. Initially, in 2021, COVID forced the cancellation of events in many areas.

But the “home skate” idea expanded the event. Essentially, anyone across the country was able to participate in the kilt skate by sending pictures in of themselves kilt-skating on their backyard rinks or local outdoor rinks. This allowed for everyone, everywhere, to enjoy the celebration of Scottish heritage without gathering in crowds.

This year, 13 kilt skates were held in eight different provinces, and another two were organized in the United States. Meanwhile, the home skate began Dec. 31 and continued until an in-person event was held in Ottawa and elsewhere on Feb. 26.

Dave Johnston, who took over running the Ottawa kilt skate this year, said prior to the event that the OSS hosted the skate at Lansdowne Park because there was more certainty that the ice would be in good shape.

Up to 60 people participate every year, and because it’s a public event, anyone can show up.

Johnston was on the Rideau Canal this winter and saw a group of students from Immaculata High School — which is located within sight of the canal in Old Ottawa East — skating in kilts that are part of their school’s uniform.

“They were all skating, and I thought, ‘Oh, kilt skate’ — and really it was a class skate.”

The teacher accompanying the class allowed Johnston to take a picture of the group for the SSO’s Facebook page..

SSO chair and spokesperson Jane Torrance said the society continues to promote the event nationally and gives an award to the town or city that has the most participants in its kilt skate. “It really helps build a little comradery, and a little bit of competition between cities. Who can have the best kilt skate?”

This pandemic is f***ing stressful: How swearing can help us cope