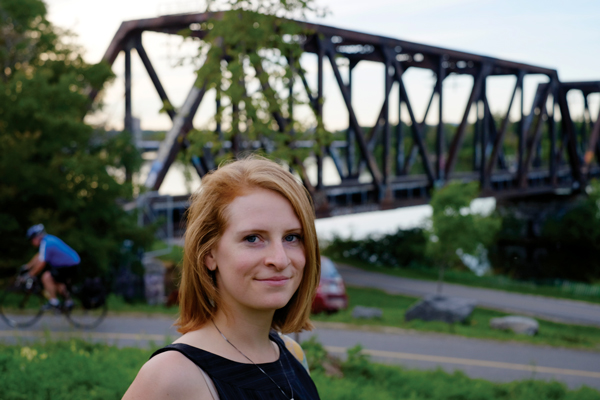 The Ottawa Rail Bridge Project is organizing a fundraising effort to save the Prince of Wales Bridge as a recreational attraction for local residents.

After a summer of controversy over pedestrians’ unauthorized use of the former rail bridge, which crosses the Ottawa River between the northwest corner of Centretown and Gatineau, the organization launched a crowdfunding initiative to restore the bridge instead of having chains put around the entrance.

On Sept. 20, the City of Ottawa installed a $46,000 gate to block trespassers from accessing the bridge. An early estimate of $250,000 for the gates provoked criticism of the plan, but Ottawa Mayor Jim Watson had insisted the real cost would be much less.

These gates proved they were not strong enough to accomplish the task, as unknown objectors to the fence cut through it and there were people seen on the bridge that evening.

Watson and Kitchissippi Coun. Jeff Leiper have both expressed their disappointment and anger over the damaged fence, and said the city would have to consider spending a larger sum of money to install more secure gates if such incidents continued. Watson added that there would have to be a lot more monitoring of the bridge by city bylaw officers, and that people could be fined if caught breaking the law.

Aileen Duncan, Ottawa Rail Bridge Project founder, launched an online petition on Aug. 24 after finding out through social media about the city’s plan to install gates.

The petition has drawn almost 2,000 signatures to date, which prompted Duncan to officially launch her project in early September.

“My main goal is to keep the discourse going about options to use this bridge and how we can make the space safer and not be a liability,” said Duncan.

City officials felt compelled to shut down the bridge due to safety issues and to meet Transport Canada regulations. Watson also said he feared lawsuits over the situation.

Growing up in Ottawa, Duncan said she shares a strong connection and history with the bridge, as this is where she spent her nights as an adolescent watching the sunset and stars. This connection inspired her to try to maintain access to the crossing.

“It is a place to connect with other people and get rid of the distractions you see everyday in life, and disconnect a little bit,” said Duncan.

“It is a neat space operating in this interesting sort of grey zone where it is not quite legal but it’s definitely part of a lot of people’s understanding of the city.”

The bridge has been a part of Ottawa since 1880. When it was built, it was one of the few crossings of the Ottawa River and was initially owned by the Quebec government, until it was purchased by the Canadian Pacific Railway in 1882. It was used for train traffic well into the 20th century, until the need for rail transport diminished.

The city purchased the crossing in 2005 to serve as a planned Gatineau link to its O-Train system, but it has remained unused ever since.

The fledgling project has gained just $330 in its first two weeks of crowdfunding. The goal set by Duncan was $100,000.

Michelle Reimer, a social activist and a core member of the ORBP, said the initial idea was to use the donations to match or help fund the revitalization of the bridge and to draw the attention of the public and politicians.

Duncan and Reimer said there are no upcoming events planned, but they are focusing on working with all levels of government, recruiting more volunteers and initiating stakeholder consultations so people in the community who have ideas about the bridge can come forward.

Watson said he would not support spending $10.5 million at this time to make the bridge safe for pedestrians, when the long-term plan for the bridge is to use it for light-rail traffic.