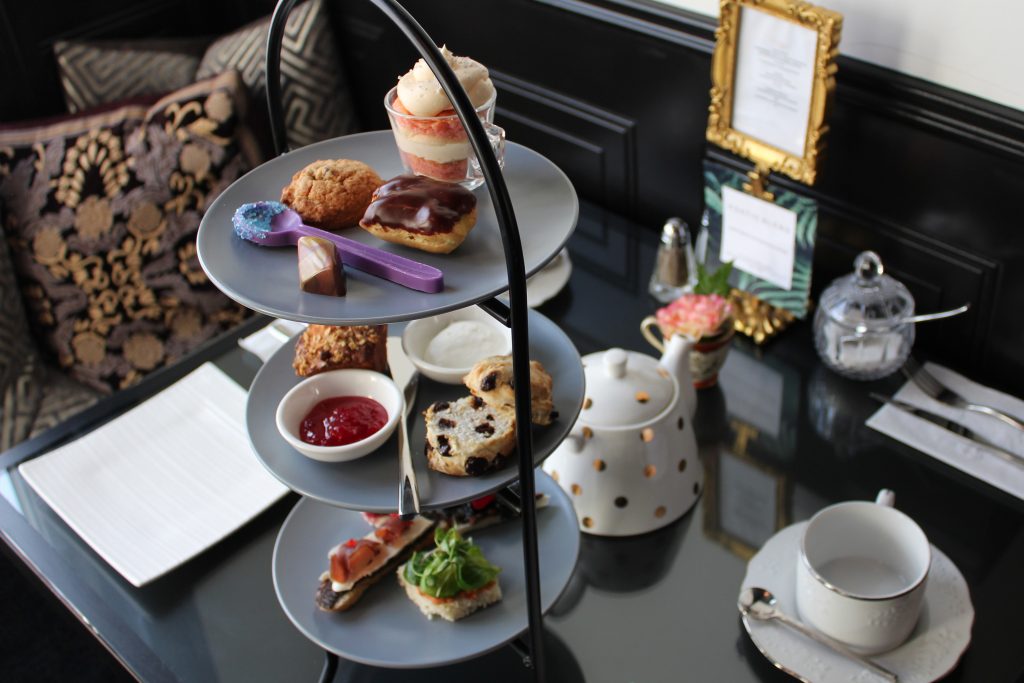 The slice of bread covered in cranberry chutney, topped with a hard boiled quail’s egg and alfalfa poses a conundrum: devour it immediately or take a few dozen pictures for Instagram.

The Vanitea Room is a self-proclaimed tea salon and European-style eatery found at 551 Somerset St. W. Salon owner Hind Mubarak said the next step for her business is going digital with an e-boutique set to launch on March 17.

“It will be a collection of all the retail products that we support from across the country,” Mubarak said.

In addition to a line of local teas, the e-boutique will carry a variety of products ranging from Ottawa’s own Michael’s Dolce jams to Toronto’s Love Fresh organic beauty line.

Ottawa foodies and tea lovers have been gushing about The Vanitea Room for the last year — since its grand opening in March of 2016.

Awa Thioye is a regular at the local eatery and was there recently with a group of friends. She described her many afternoons spent at The Vanitea Room.

“I started following them on Instagram, and the pictures of everything looked good, and it seemed like our aesthetic,” Thioye said. “We’re big on afternoon tea, dainty stuff and the décor is just amazing.”

Mubarak said her first year’s sales in the shop have exceeded her expectations, but added that the salon’s location poses as many challenges as opportunities.

“I have to say that Centretown is a great neighborhood,” Mubarak said. “But (the location near Dundonald Park) also not nearly as central as we would have expected it to be.”

She said the lack of surrounding restaurants is positive because her tea salon faces less competition, but it also means that The Vanitea Room has less exposure and traffic.

“We are better known for being a destination spot as opposed to having a lot of really local traction,” Mubarak said.

“The area has slowly been gentrifying, becoming one of the more popular food forward areas in the city,” Osland said.

Though she was optimistic about the tea room’s potential, Osland admits that Vanitea’s offerings might seem expensive in a market such as Ottawa. An afternoon high tea with fresh hors d’oeuvres, scones, jams and desserts costs $40.

“Ottawa is still quite conservative when it comes to retail spending,” she said, “in comparison to more commercialized cities that consist of higher consumer volumes.”

Mubarak said the tea room has tried to appeal to both men and women, but customers have primarily been women between 15 and 65.

“I like the girly things,” said Thioye. “It’s fun to get together with the girls and just have an afternoon to gossip and enjoy some sweet stuff.”

Still, with their growing food menu, Mubarak said The Vanitea Room is seeing more men come through its doors.

“A lot of local talent is budding and blossoming,” said Mubarak, “and it’s really nice to support our own.”