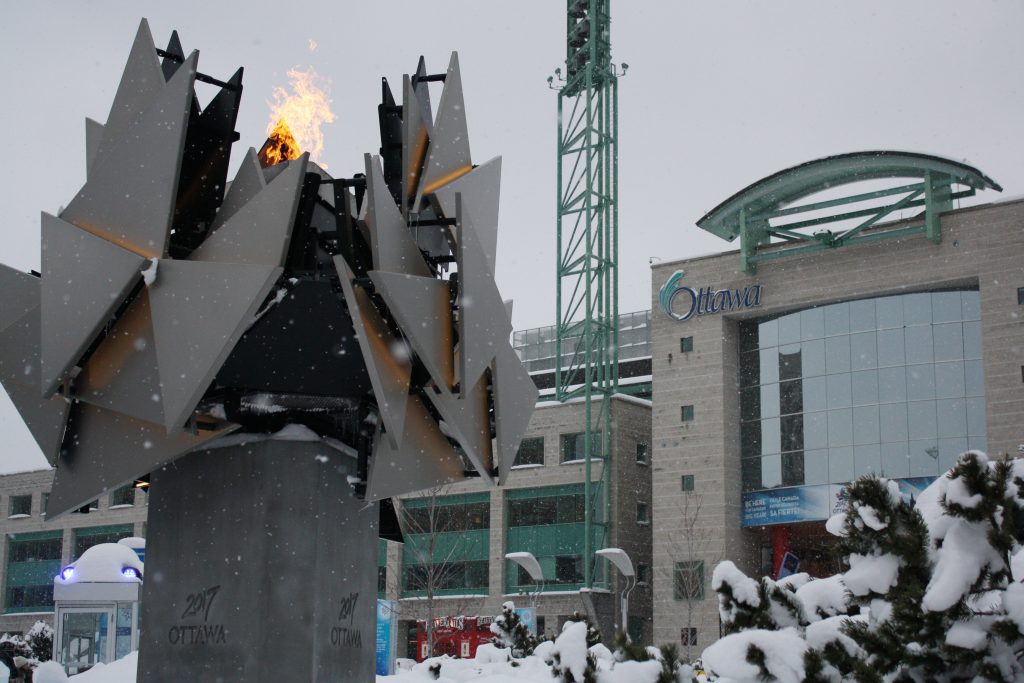 Maple, that quintessentially Canadian flavour, is now joining poutine and ribs among Ottawa food festivals on the streets of Centretown.

The Great Canadian Maple Festival is scheduled for city hall in March, and it’s a celebration of all things maple. That includes everything from the traditional (think pancakes slathered in syrup, maple candy, and beans) to the unconventional (maple beer, soda, and even s’mores).

Though the city has its fair share of food festivals, the planned maple fest is the first of its kind in downtown Ottawa.

Maple festivals have been held in other parts of the country, including the town of Elmira, Ont., which has hosted maple syrup festivals for more than 50 years.

But with Canada’s 150th birthday this year, the sugary delicacy is now taking over the capital for what organizer Les Gagné calls “Canada’s sweetest festival.”

Gagné, who formerly headed the Sparks Street BIA, has overseen food festivals like this before: ribs, poutine, mac and cheese. But never maple syrup.

He said he thinks Canadians connect with maple syrup because making it involves the great outdoors and lots of hard work.

“It’s not a product where you just throw a couple ingredients together and put it in the fridge and take it out and boom, it’s all done. It’s a real process,” he said. “Making maple syrup is a true labour of love.”

Gagné said he hopes the festival will become an annual event in downtown Ottawa.

“Obviously we can’t emulate an actual cabane à sucre in the forest, but it’s a chance to showcase one of the best things that’s come out of Canada,” he said.

The Great Canadian Maple Festival promises lots of sweets — everything from donuts to taffy on a stick. But maple isn’t the only thing on the menu and those without much of a sweet tooth can be sure to find something tasty at the festival, too.

In addition to sugary treats, there will be a number of meal options, including a pancake breakfast on Saturday and Sunday.

The Great Canadian Poutinerie, located in Vanier, will have a presence at the festival, with plans to offer a variety of dishes, including its most popular: “The Canadian,” which features ground beef, smoked bacon, fried onions, mushrooms and maple syrup, all atop french fries, cheese curds and gravy.

Patrick Morin, co-owner of the restaurant, attributed this poutine’s popularity to its compromise between “traditional” and “adventurous.”

“It has a bunch of familiar ingredients, and then you add a little bit of a sugary twist,” he said.

Not only is maple syrup a sweet treat, but Morin said he also considers it a Canadian icon, and for good reason. “Maple syrup, if you dig down deeper, has a lot of heritage and a lot of culture development involved in it,” he said.

The Upper Deck Diner, a bright red double-decker-bus-turned-food truck, will also be selling maple cotton candy at the festival.

But since James Doucet, managing partner of the diner, said there’s a limit to how much sugar he can handle, he also wanted to offer some non-sugared options. The diner will be serving homemade corndogs that are gluten-free and all-beef, and Doucet said he may serve poutine, too.

“I like bringing fun and exciting things for people to try at the festivals, something a little different than on our regular menu, so maple gave us the opportunity to play around,” said Doucet, who mentioned if anyone wants to be “really adventurous,” he’ll wrap their corn dog in maple cotton candy.

In addition to tasty dishes, the maple festival will also feature “lumberjack” activities, such as an axe-throwing competition, a pole-climbing challenge and chainsaw carvings.

The festival runs March 3-5 at the plaza outside city hall. Admission is free. VIP festival passes, which provide perks for the maple festival and other Ottawa food festivals, are available at festpass.ca.