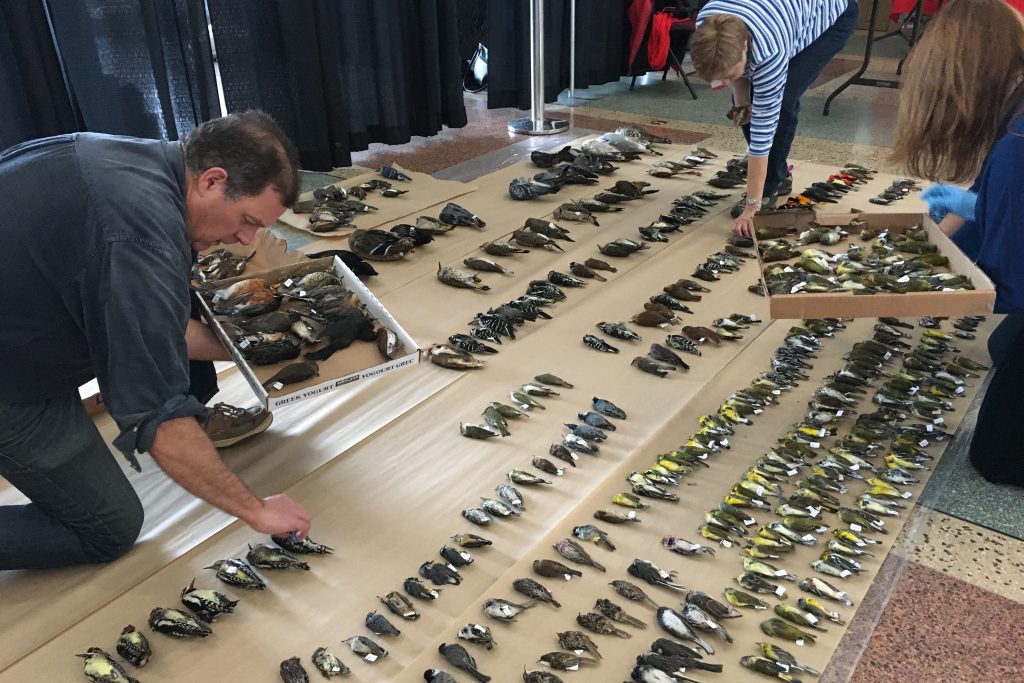 “Bird collisions are not on most people’s radar. Even if they’re aware, they may think it only happens once in a while, and don’t realize how many birds die unnecessarily this way,” she said.

Pedestrians may be impressed by the design of the Sun Life building on O’Connor Street or the reflective allure of the C.D. Howe Building on Sparks Street, but birds are unable to distinguish mirrored or transparent glass on the many tall buildings in Centretown, and fall victim to the illusion of a clear passage or reflection of the environment on these towering structures.

In 2005, Michael Mesure, founder of Fatal Light Awareness Program (FLAP) Canada, approached the city of Toronto with a proposal to educate city council about the plague of birds colliding with buildings during migration periods. What started out mainly as a tool to help educate council members, progressed into a full-blown migratory bird protection policy in 2009.

Many larger, more congested  cities such as Toronto, New York, San Francisco and Vancouver have been successful in adopting bird-safe design guidelines and other efforts to reduce collisions and light pollution. Ottawa is still in the process of adopting such policies.

Hoedeman said she would like to see Ottawa city council implement bird-friendly design strategies for new buildings, and is pushing to get the ball rolling on a couple fronts.

The issue was highlighted recently when a proposed expansion of the landmark Château Laurier hotel  included an extensive glass exterior.

The city is working to adopt bird-friendly design guidelines and other strategies, such as reducing light pollution, within the year, she said.

A large problem is that the vast majority of bird fatalities are happening with current buildings and not new ones that would be regulated by improved construction rules, Mesure said.

“There are some newer buildings that are at least somewhat bird friendly, but I’m not sure whether that was by design or accidental,” Hoedeman said.

Mesure said bird-friendly architecture has evolved considerably over the past decade. Using etched or translucent glass, visual markers, screen pitting, frit patterns, and films are just some of the ways to deter birds from colliding with buildings.

Last year, 34 Bohemian waxwings were killed in one day after hitting the glass-covered walkway connecting Ottawa City Hall to the adjacent Heritage Building on Elgin Street.

The National Arts Centre is particiticipating in a major renovation as part of Canada’s 150th anniversary. It features a glass atrium across the front of the building.

Jennifer Mallard, head architect, said she and her team from Diamond Schmitt Architects have installed a ceramic frit pattern to the third surface of the glass to alleviate collisions from happening.

“I’ve seen the glass, and it doesn’t meet any bird-friendly guidelines that I’m aware of,” she said, referring to current standards applied in Toronto. In the NAC project outline, it is described as a “retrofit of the arts centre that will crack open the north-facing facade and encase it in sparkling glass.”

Hoedeman is fearful the design will cause problems.

“Of all environmental issues out there caused by mankind, this particular one,

at some point in time, you have experienced it. We’ve all seen it happen – whether it’s at your home, your cottage, your workplace,” Mesure said. “People do know the issue — they just don’t understand the gravity of it.”