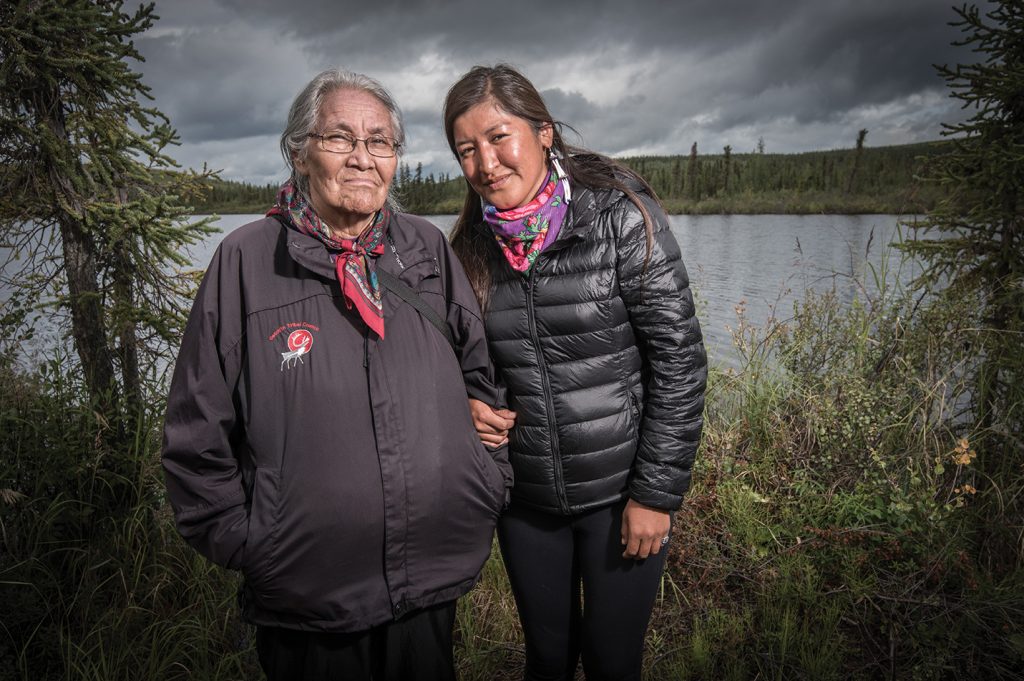 A new photography exhibition at the SAW Gallery features images and words of Indigenous and environmental activists fighting for the protection of the Peel watershed — a vast region of wilderness in northern Yukon.

In a rare intersection between art and the legal system, it coincided with a recent Supreme Court hearing over the potential industrialization of the watershed.

The exhibition, titled Protecting the Peel Watershed: Voices from Canada’s North, was put together by the Canadian Parks and Wilderness Society Yukon and the Yukon Conservation Society to explore the connection between people and nature.

“The exhibit challenges the idea that wilderness is empty and devoid of human presence and explores the idea that you can have a place where it is silent but people still have very strong ties,” said Joanna Jack, one of the exhibit organizers.

Bobbi Rose Koe, a member of the First Nations Tetlit Gwich’in community, is one of the people featured in the exhibit. A photo of Koe and her grandmother smiling in front of a body of water in the Peel is accompanied by a quote from Koe about the importance of protecting the land: “The watershed makes us who we are, and with it we are one of the richest people in the world.”

Koe got involved in the exhibit because she believes photos are a great way to put a human face on this environmental issue.

“Photographs open the door for others to see people who are deeply connected to the land,” she said. “For most of my people, the Peel is where we get our food, our fish and our water.”

It includes landscapes of the watershed as well as portraits and quotes from many people who value the land — biologists, heritage managers and members of  First Nations.

It opened days before the Supreme Court heard a case concerning the interpretation of Yukon’s modern-day treaties, to decide if the watershed, which is home to four First Nations and a vast array of wildlife, will be protected from industrial development.

The Supreme Court heard the case on March 22, and a decision is expected later this year.

Archbould is hopeful her photos convey the diversity of those who will be affected by the outcome.

“I hope the photos show a range of people who value the region, whether those people have family connections to the land or whether they only travelled to it once,” she said.

The project took around five months to complete and involved visiting communities in the Peel to conduct interviews and take photographs. Photos and quotes were then carefully paired to best represent the connection between people and the wilderness.

SAW Gallery donated space for the exhibit because the gallery has a mandate to support socially and politically engaged art, said Jason St-Laurent, the gallery’s curator.

St-Laurent said he hopes visitors to the exhibit learn the importance of protecting the environment.

“We hope that viewers will see the importance of protecting an ecosystem that may seem so very far away, but, as Indigenous people have taught us, everything in the world is interconnected.”