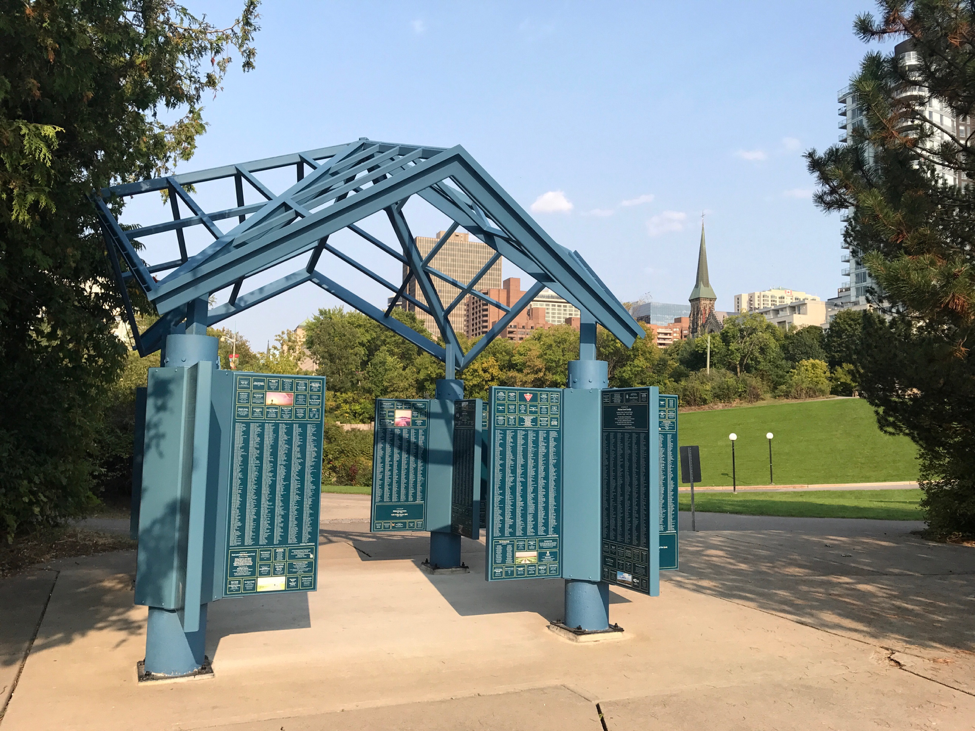 The coast-to-coast completion last month of The Great Trail — formerly known as the Trans Canada Trail — has created new landmarks along Ottawa’s stretch of the nation-spanning pathway.

The group responsible for its planning, the Trans Canada Trail (TCT) group, refurbished a pavilion to mark both the 150th anniversary of Confederation and the linking of the national trail. The pavilion, which features Canada 150 colours and information panels, is located on the Ottawa River Pathway near the intersection of Wellington Street and the Portage Bridge.

Ottawa’s section of the trail includes existing recreational pathways and — as of June — the new Sussex Drive Spur, which connects the Governor General’s residence at Rideau Hall and the Prime Minister’s residence at 24 Sussex Drive to downtown Ottawa.

The world’s longest recreational trail, it now stretches across nearly 24,000 kilometres of land and waterways and offers diverse routes through urban and rural areas to showcase the beauty of Canada.

Danielle St. Aubin, vice-president of communications and marketing for the TCT group, said maintenance of operation of The Trail will be left in the hands of municipalities.

Her organization — which rebranded the trail last year — is working domestically and internationally to promote the national pathway.

For Ottawa cycling enthusiasts, the completion of the trail is a great new addition.

“The completion of the trail encourages more physical activities and the routes are good for cyclists and hikers,” said Jenny Moore, president of Ottawa Bicycle Club. “We are always looking for the safest routes that you can travel alone at a considerable speed.”

Moore previously experienced The Great Trail five years ago, when she and her husband visited Prince Edward Island, and said she thinks the trail will give people an opportunity to see more of Canada’s natural beauty.

“We think the concept of a Canada-wide trail will encourage more people to enjoy this great country,” she said.

The trail was renamed The Great Trail in order to “differentiate between the actual organization and the product,” said St. Aubin. “We felt that the Trans Canada Trail was too close to the Trans-Canada Highway…we wanted to rejuvenate the brand and create a sense of unity across the country.”

TCT officials are currently working with tourist operators and provincial organizations to build a long-term marketing plan for The Great Trail.

“The trail is connected but isn’t completed,” said St. Aubin. “This is the beginning.”