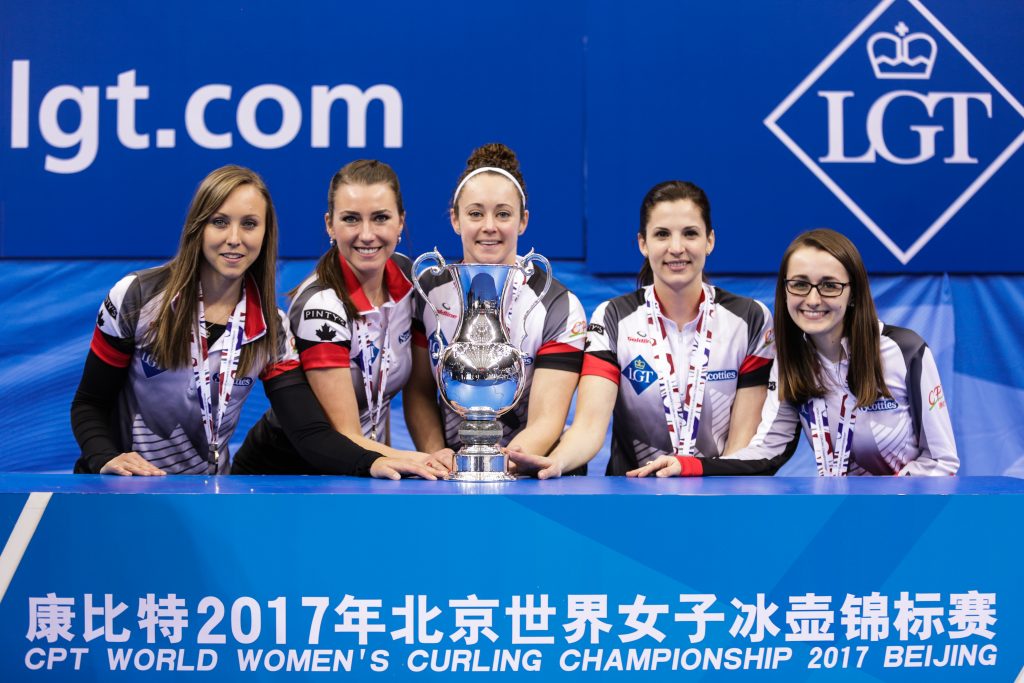 After national and world titles in 2017, Ottawa Curling Club's Team Homan is favoured to win an Olympic spot during the Roar of the Rings qualifier in Ottawa in December. Celine Stuck, World Curling Federation
October 29, 2017

Ottawa’s curling community is gearing up for the “Roar of the Rings” — the 2017 Canadian Olympic Curling Trials — which are happening in December for the first time in the capital.

The Ottawa Curling Club’s very own Team Homan, the reigning world women’s curling champions, will be preparing to compete against Canada’s other top teams at the Canadian Tire Centre from Dec. 2-10.

The OCC rink, including skip Rachel Homan and teammates Emma Miskew, Joanne Courtney and Lisa Weagle, practises at the historic club on O’Connor Street. Club vice-president Eddie Chow said members are already planning a year-end party to honour Team Homan and celebrate everything they’ve accomplished over the past year.

“We’re planning to have it sometime in the next couple months,” he said. “It will be pretty exciting considering we already have one league from the club that decided not to curl during the Roar of the Rings so their curlers can support Team Homan in person at the Canadian Tire Centre.”

Alexandra Birtwistle sits on the executive board at the Ottawa Curling Club and agreed that the entire club is excited about the Olympic qualifying tournament. She said that the club itself will be open to the public during the Canadian Tire Centre tournament to watch the matches with drinks and food.

“Roar of the Rings is considered to be one of the most important events of the year. You have your points accumulated over your seasons to get invited to the tournament, then once you’re there, it’s essentially a chance to go to the Olympics. Who doesn’t want to give that a shot?” said Birtwistle.

Another Ottawa-based curling club, the RA Curling Club near Billings Bridge, is celebrating 60 years of curling and is excited to share this momentous year with the Roar of the Rings tournament.

RA club spokesperson Peggy Macleod said there are several special events happening in the weeks leading up to the Olympic qualifier.

“November will see the city-wide Hope Tournament and our members will start to prepare for their roles at the Roar of the Rings,” said Macleod. “Then in February, we’ll have follow up to the Olympics with an Open House for the community starting up on Family Day.”

The winning men’s and women’s teams at Roar of the Rings will represent Canada at the Winter Olympics in Pyeongchang, South Korea in February.