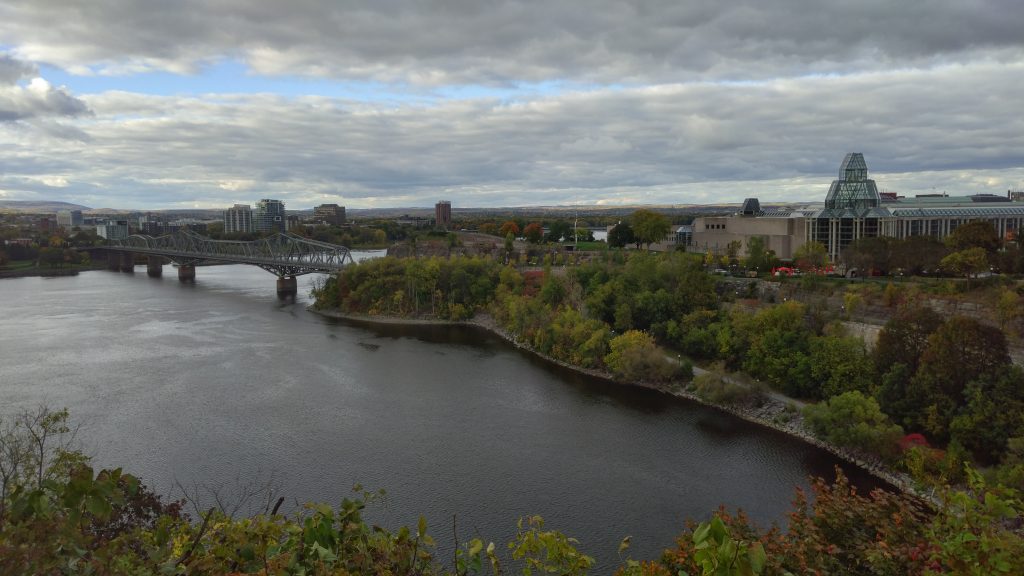 A 10-month international design competition to redevelop Nepean Point is winding down, and the public has had its opportunity to weigh in on the four finalists selected by the National Capital Commission for the makeover of the iconic site in downtown Ottawa.

Launched in January, the latest step in the Nepean Point Redevelopment project involved a public viewing of the finalists’ designs on Oct. 5, as well as a web survey that was open from Oct. 5-18.

According to Janet McGowan, one of the project managers tasked with the redevelopment of the height of land between the National Gallery of Canada and the Ottawa River, the NCC is looking to select a winning design before the end of the year.

“The need to redevelop Nepean Point was first identified a number of years ago, and there had been a few internal design concepts circulated at that time,” she said. “The Astrolabe Theatre that currently occupies the site is at the end of its lifecycle, and no longer meets universal accessibility standards.”

Richmond Landing, a low-lying peninsula near the Canadian War Museum, was known as Nepean Point in early Ottawa history. The present Nepean Point, which rises at the south end of the Alexandra Bridge, is best known as the site of a heroic statue of French explorer Samuel de Champlain, who visited the region in 1613.

In 2014, the NCC convened a group of stakeholders to see what kinds of visions, themes and ideas were circulated about how Nepean Point’s redevelopment should proceed.

The resulting ideas formed the basis of the requirements for the project.

The four proposals selected as finalists and announced on Oct. 5 by the NCC are all led by landscape architects joined by other partners. The proposed designs are called Nogoshkodadwin Park, Bluff Point, Big River Landscape and Nepean Point – A Park for Our Nation in Progress.

Central to all four proposals is linking Nepean Point to the network of trails that run through Ottawa, making it more accessible to the public.

For three of the finalists, that means bridging St. Patrick Street just before the Alexandra Bridge, linking Nepean Point and Major’s Hill Park.

A Park for Our Nation in Progress is the exception, seeking to create a memorable ascent to Nepean Point via a pathway starting at the nearby Rideau Locks.

This would bring the site closer to its past. From 1913 to 1959, a footbridge had existed to link Major’s Hill Park to Nepean Point.

“Public engagement has been very positive. We had over 200 people attend our public viewing on Oct. 5. Overall, there seems to be an excitement about bringing the site back to life,” McGowan said.

The project is just one of the important elements of the recently released Plan for Canada’s Capital.

Andre Schad is the owner of nearby Tavern On the Hill, the only business in Major’s Hill Park.

“I think Nepean Point is a treasure for the community and I’m really glad to see the NCC redeveloping it. As a business owner, I hope (the construction) doesn’t impact me too much, but from what it sounds like it really won’t be,” he said.

Should St. Patrick Street be bridged, his business would be located right next to one end of that crossing.

“I’ve been a long-time supporter of redeveloping downtown Ottawa, and so I think what the NCC is doing has been great. But the NCC’s role ends at the property they own – I really think the city needs to step up their development of the downtown core,” said Schad.

“We could rival Quebec City as a winter destination if we get this right,” he added.

The cost of the applicants proposals must fit within a $6.7-million dollar budget set for the project.