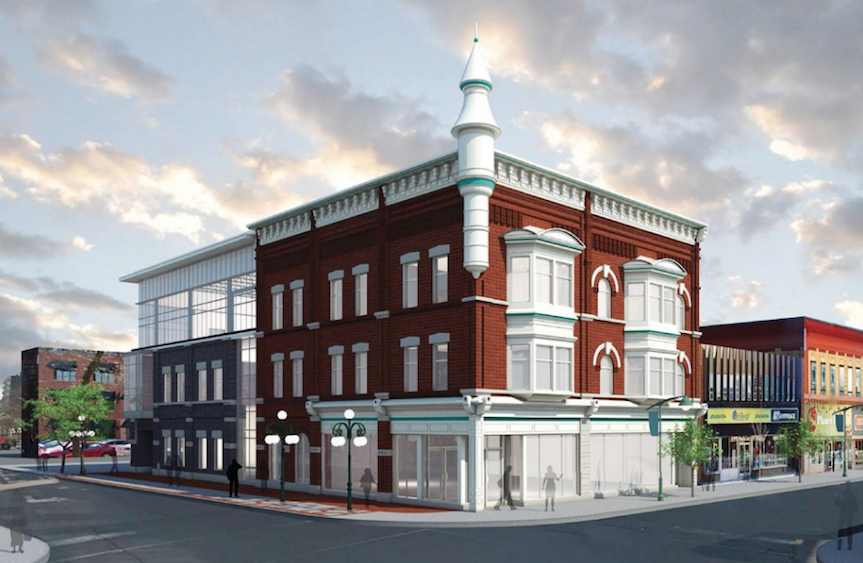 The proposed restoration and redevelopment of Somerset House, at the corner of Bank and Somerset streets, has been the focus of recent meetings at City Hall. Courtesy, TKS Holdings.
October 29, 2017

The future of Somerset House — a prominent heritage building at the corner of Bank and Somerset streets — is coming into sharper view as an altered redevelopment proposal continues to move forward.

Earlier this year, Chmiel Architects was chosen to oversee the redevelopment when the city signed off on the planned makeover of the historic building. TKS Holdings, the owner of the building, discovered that more expensive work was needed to preserve the old structure, resulting in a city council-approved demolition of some bays along Somerset Street.

The heritage permit for altering the building expires in 2019, but pre-permit meetings have already taken place amongst the architect, engineer and the city’s building code team, according to a brief report tabled at a recent built heritage committee meeting.

A realtor for the building has also had some luck in finding prospective tenants who might be interested in leasing the space.

Since a partial collapse of the building in 2007, Somerset House had been at the centre of a decade-long debate between the owner — who initially sought to demolish the entire structure — and the city, which wants the building’s heritage features to be preserved.

In June, Somerset House was among 10 places put on the National Trust for Canada’s annual list of endangered places. The organization said it was hopeful that having sites included on the list would emphasize the importance of preserving historic places at risk and which are under threat due to lack of funding, weak legislation or inappropriate development plans.