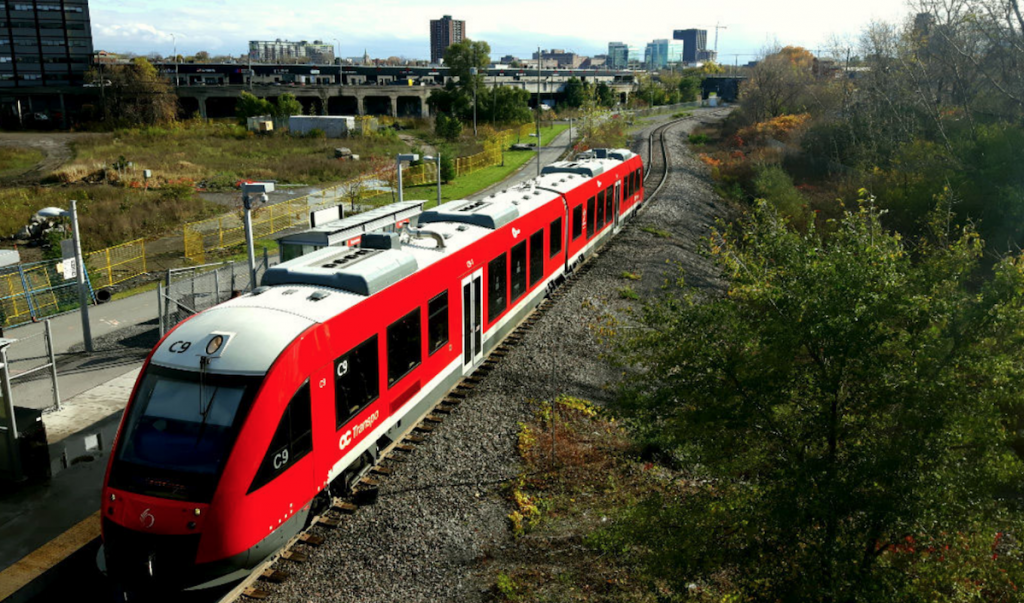 OC Transpo’s contest to “Name the Trains” that will run on the city’s new light-rail transit system has attracted more than 760 entries since it was launched Nov. 2.

Jocelyne Begin, special advisor to OC Transpo general manager John Manconi, said at mid-November the Name the Trains had already garnered the large number of submissions in just the first two weeks of the contest.

Open to Ottawa residents 16 and under, the contest allows children and youth to have the chance to name one of the 40 new cars, which will be running on either the existing Trillium Line or the soon-to-be-completed, Confederation Line.

Both of these lines run close to and through Centretown, with the Trillium Line forming the western boundary of Centretown and the Confederation Line running its full length from east to west.

OC Transpo expected many more contestants to enter their submissions before the contest closes at midnight on Dec. 8.

Cumberland Coun. Stephen Blais said that the naming of the trains has received a lot of attention because youth are so eager to take part in a tradition that dates to the early 1800s.

“Naming train cars is an old tradition that goes back to the beginning of railways almost 200 years ago. Just like ships have always had names, so too have train cars often had names,” said Blais. “It gives them a bit of personality. It gives us a way to connect with them as they become an important part of the city in which we live.”

To generate submissions, contest organizers counted on entrants imagining the excitement they would feel riding a train car that they personally named. Blais said he hopes that the contest will not only create a buzz about Canadian heritage and culture, but that it’ll also get citizens of Ottawa and tourists excited about the new rail system.

“People around the world love trains, and finally having a world-class high-speed rail befitting the capital of a G7 country will most certainly be an attraction,” he said.

Jantine Van Kregten of Ottawa Tourism said that the trains should boost tourism in Ottawa. “The light rail transit system will have an impact on tourism as it will affect traffic and the way people can access key destinations,” she said in an email. “The contest is a fun way to get the local community (especially young people) involved in the project.”

Being at the centre of the local tourism industry, Kregten said that Ottawa residents care about what happens in the city, and that might explain the whopping number of submissions so far.

“I think Ottawa is a very engaged community – whether it’s a contest like this, or a charitable appeal, or a fun activity like Winterlude or Sunday Bikedays, Ottawans love to participate,” she said. “I look forward to seeing what the trains will be called.”

The contest will close on December 8, 2017 at 11:55 p.m. ET. Each participant can submit as many names as they’d like, but can only win once. The Trillium Line will host six trains, whilst the Confederation Line will have 34 trains.

It is important to note that the names must be short (maximum 16 characters, spaces included), should be related to trains, be easily translatable and should be friendly and pleasant sounding.