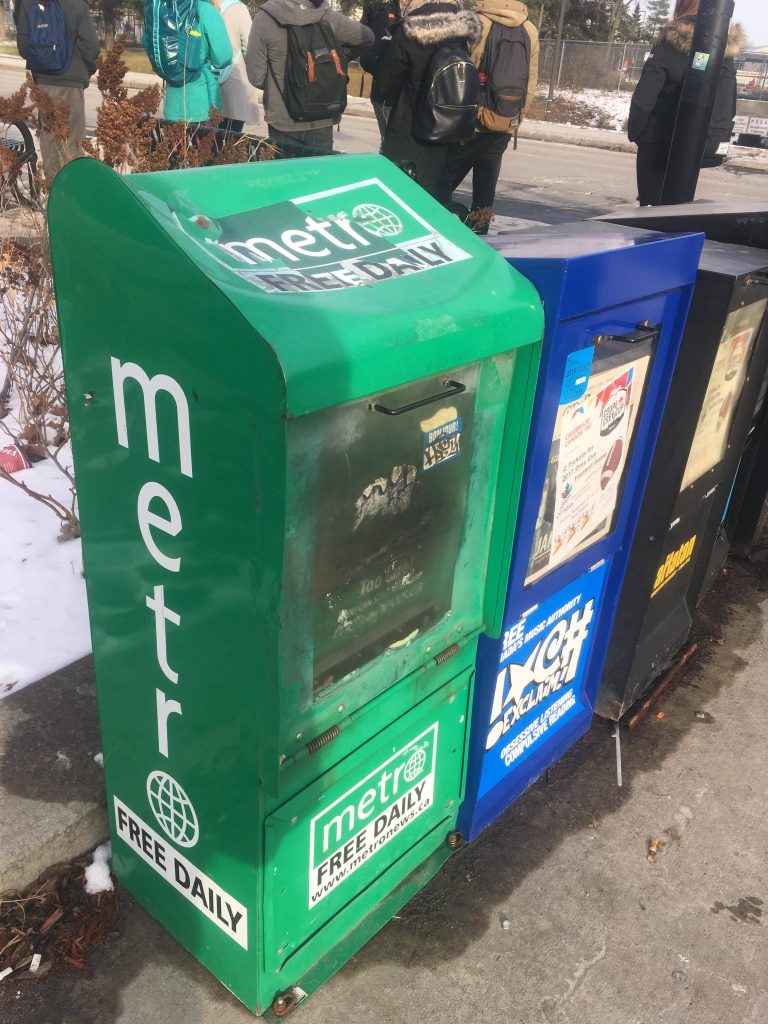 Several Ottawa news outlets have been axed after a controversial deal was struck between two Canadian media corporations, it was announced on Monday.

Metro Ottawa, Orleans News and the Kanata Kourier-Standard are just three of several local newspapers and websites that will close after being acquired from Torstar — the Toronto Star’s parent company — by Postmedia Network Inc., owner of the Ottawa Citizen.

Postmedia released a statement stating that the closures are part of its strategy to grow online news as the revenue of legacy media operations continue to decline.

“The continuing costs of producing dozens of small community newspapers in these regions in the face of significantly declining advertising revenues means that most of these operations no longer have viable business models,” Paul Godfrey, CEO of Postmedia, said in the statement.

“What makes this particularly difficult is that it means we will say goodbye to many dedicated newspaper people.”

“Basically, it appears Postmedia and Torstar decided to carve up a map between them like a pair of colonial powers,” tweeted Jonathan Goldsbie, editor of the media news website Canadaland.

“This is crushing for Ottawa,” tweeted former Citizen sportswriter James Gordon, the lead Ottawa Senators reporter at The Athletic.

“Down side to working in journalism, your lay off is announced by press release,” Tumilty tweeted. “Today’s Metro Ottawa is officially a collector’s edition.”