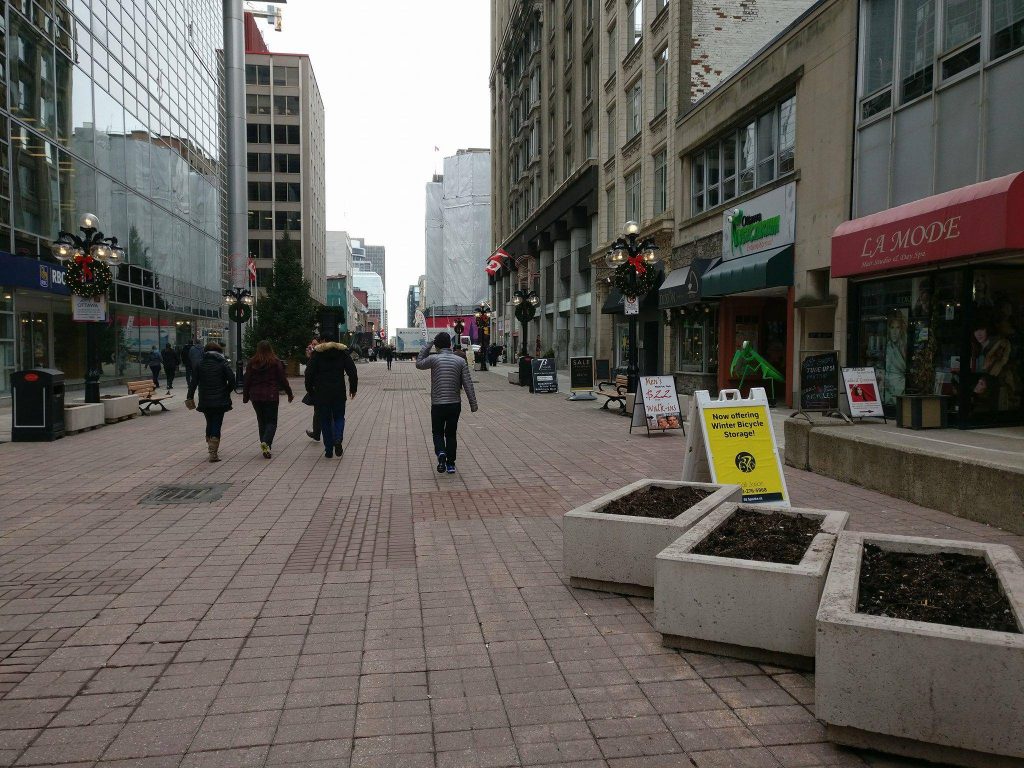 Just months before the next provincial election and with a controversial minimum wage hike looming, the Ontario Liberal government has announced a small business tax cut.

Although the tax cut is believed to have been announced to help offset the effects of the minimum wage increase to $14 an hour at the start of 2018, many small business owners, including Matthew Dixon, the owner of Dixon Jewellers on Sparks Street, say it will not make much of a difference.

“If you’re not making a profit obviously the tax break’s not going to benefit you,” he said. “We’re doing OK, but I know there’s a lot of people that really aren’t doing OK, scrambling together for rent. So it’s nice, but it’s not going to make or break anything for most of the people on Sparks Street.”

Dixon said there isn’t much the government can do to fix some of the challenges facing businesses on Sparks.

“It’s situational. Being here on Sparks, a place where the conflicts between private ownership and (the federal department of) Public Works has caused a downturn in business here,” he said, referring to disruptive closures and redevelopment of various federal properties along the downtown retail strip in recent years.

He added:  “If the tax cut was (down to) zero it still wouldn’t make much of a difference if you’re only breaking even.”

Kevin McHale, program and events coordinator for the Sparks Street Business Improvement Area, said that although the tax cut is appreciated, it’s problematic that the cut is being offered as a way to negate the impact on many small businesses of the mandatory minimum wage increase.

“We have mom and pop shops here, so if it’s the owner in the store, it may not affect them,” McHale said of Ontario’s legislated minimum wage increase.

“We also have some other businesses that employ dozens of people. They will definitely feel that impact,” he said.

McHale added that many businesses have tough decisions looming.

Ontario’s opposition parties seem to agree with small business owners that the tax cut is not enough. Vic Fedeli, Conservative MPP for Nipissing, criticized the tax cut at Queen’s Park: “It’s literally a fraction of the impact this industry will be hit with.”

Many politicians and pundits have described the tax cut as a last ditch effort by the Liberal Party to sway voters before the June 2018 election.

Despite the criticism from business owners and the opposition parties, others say they are pleased about the minimum wage increase.

Jack Moignard, a University of Ottawa student who lives in Centretown’s Golden Triangle area, is one of them.

Alongside the tax cut, the Ontario government recently announced incentives for businesses to hire more young workers. Business with fewer than 100 employees will receive $100 to hire a young person between the age of 15 to 29 and an extra $1,000 if the employee stays for more than six months.