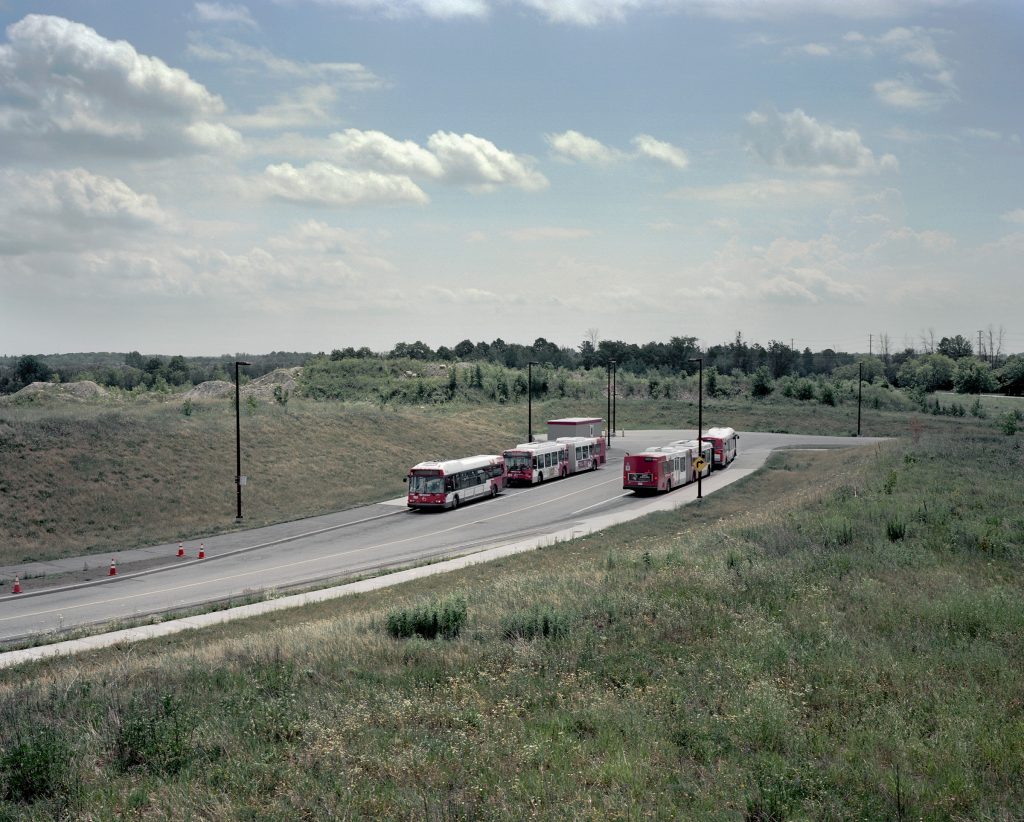 Photographer Tony Fouhse recently captured scenes from Ottawa suburbs, including OC Transept buses at "The End of the Line", for his latest exhibition. Tony Fouhse
November 30, 2017

Statistics Canada released more information from the 2016 Census on Nov. 29, shining new light on how the City of Ottawa stacks up against the country at-large in the fields of education, labour, work and mobility.

Some of the newly released information highlighted the daily commute faced by Canadians.

Only 67 per cent of City of Ottawa residents commuted by driving (cars, trucks, vans), a significantly lower rate of commuting than the 74 per cent average across Canada.

The national capital also proved to be greener in its commuting practices than the rest of the country: 32 per cent of Ottawa residents took sustainable transport — public transport or active transportation, such as cycling — compared with the national average of 19 per cent.

Surprisingly, the workplaces of national capital residents are slightly less “multicultural” than the national average: Members of visible minority populations make up exactly 20 per cent of this area’s workforce, compared with 21.2 per cent nationally.

Less surprisingly, the average Ottawa resident is more educated than the average Canadian; 44 per cent of the region’s workforce has at least a bachelor’s degree, compared with 31.5 per cent across the country. Ottawa is well known to have one of the highest rates of post-secondary degrees per capita among cities in North America.

More of the Ottawa-specific and national information can be found on Statistics Canada’s website.