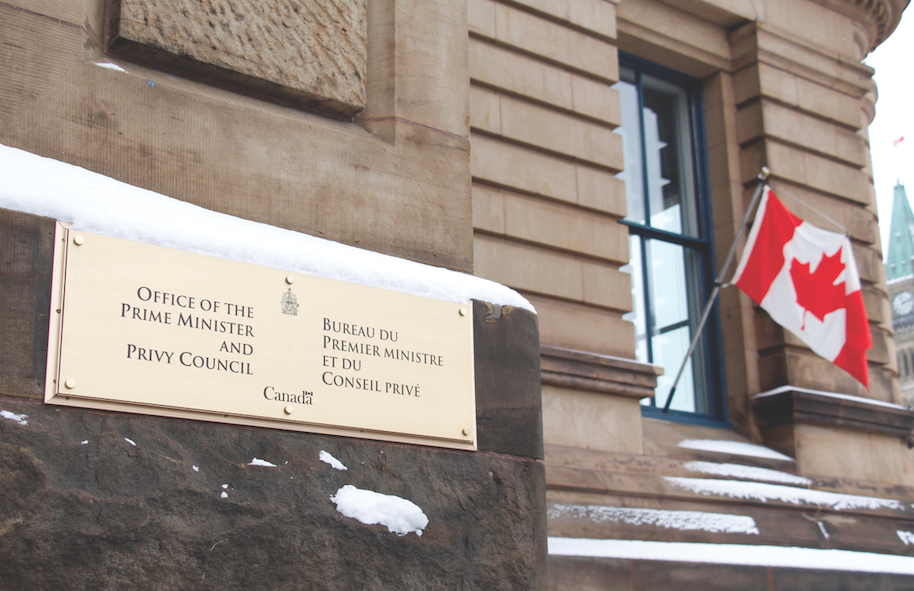 Langevin Block, at 80 Wellington St., has officially been renamed “the Office of the Prime Minister and Privy Council,” as of Nov. 29.

Sir Hector-Louis Langevin was a Father of Confederation who defended the rights of francophone Quebecers during the British North America Act negotiations. In Sir John A. Macdonald’s government, he served as the minister of public works.

But in recent years, Langevin has been a flashpoint for controversy as one of the architects of the residential school system. Consequently, the Assembly of First Nations and several Indigenous members of Parliament urged the removal of his name from building housing the Prime Minister’s Office.

“Renaming buildings is important for people who have faced injustices,” said Guy Freedman, president of the First Peoples Group and former senior advisor for the Truth and Reconciliation Commission.

Historical figures such as Langevin “aren’t part of the new democracy that has taken shape,” he said, referring to a society that has evolved to include and empower women, racial minorities and Indigenous peoples.

“I’m not sure that taking one person as a scape goat takes away from the general role of the government,” said Jeanes. “(Cabinet) all agreed and helped create the (residential schools) policy.”

Jeanes said the name change also ignores the important contributions Langevin made to Canada, such as addressing the overcrowding in the public service by commissioning the very building of the block at 80 Wellington St.

The issue of renaming buildings that traditionally honoured historical figures who played a part in the injustices against Indigenous peoples sparked another controversy earlier this year.

Additionally, the Elementary Teachers Federation of Ontario passed a motion in August calling for all public elementary schools bearing Macdonald’s name to be changed because of his government’s harmful policies towards Indigenous peoples.

“Our mandate is to support positive learning environments; safe and healthy schools for all of our students,” said federation president Sam Hammond. “What will our students understand about history if they are asked to learn in a school named after a major figure in the history of colonization and residential schools?”

The motion identified Macdonald as someone who “played a key role in developing systems that perpetuated genocide against Indigenous people.”

“The main reason Langevin didn’t cause such concern is because hardly anyone has ever heard of him,” he said.

Freedman said he believes that sometimes names should be allowed to stand, so that the public can become educated on the complete history behind them.