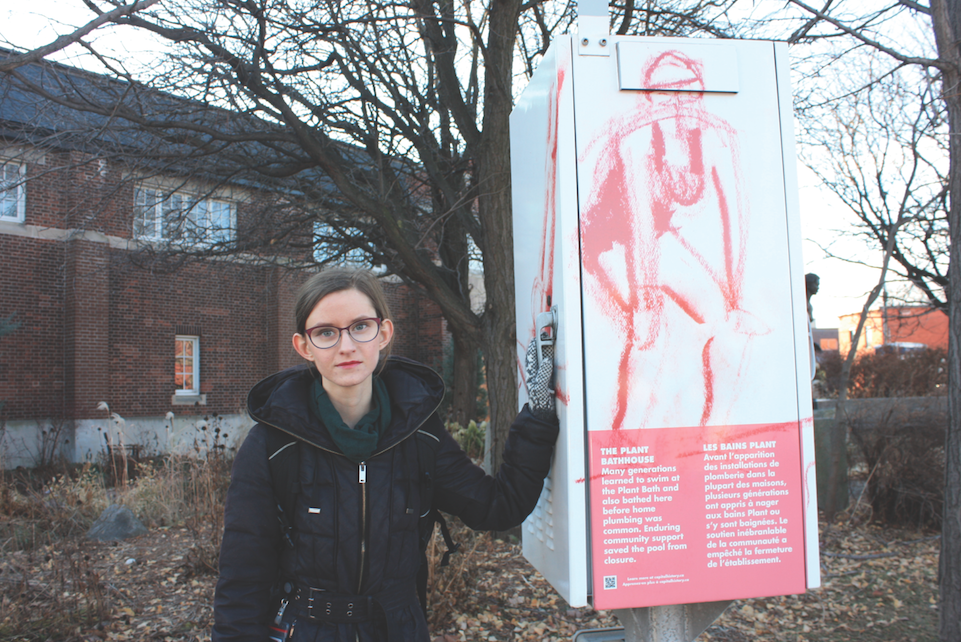 As a part of project by the Centretown-based Worker’s History Museum, the boxes have been wrapped with archival images and original artwork. Each of these installations tell a story involving local history.

The museum partnered with Carleton University’s Centre for Public History, Chapter One Studio, artist Ross Rheaume and Ottawa 2017 to research, design and install a total of 17 wrapped control boxes around the city.

David Dean, a Carleton history professor and the project lead, said that the idea was kickstarted with funding from Ottawa 2017, the city agency that organized the capital’s celebration of Canada’s 150th anniversary.

More than 130 submissions were received by the Ottawa 2017 committee after it put out a call for arts, culture and heritage projects. Capital History Kiosks was one of 14 projects chosen to receive a total of $250,000 in funding.

“The Worker’s History Museum wanted to find a way of celebrating 2017 by telling stories that weren’t just about national heroes, but were about everyday life in Ottawa,” said Dean.

The location of the kiosks inspired the stories they tell.

The first kiosk completed stands at the entrance to Lansdowne Park. It features an image of Ottawa’s lacrosse team in 1891.

In addition to images, the kiosks also have some text, and a QR code that can be scanned by smart phone to visit a website to learn more about the story.

The box at Preston and Somerset has been decorated with images of Tom Wood’s red chalk drawings of the Plant Bath. The Plant Bath, with its old façade, stands behind it.

The kiosks were researched by Carleton history students who were assigned a neighborhood or intersection, and told to develop a historically accurate story that reflects the location.

Emily Keyes was one of the students who sites that were eventually used in the Capital History Kiosk project.

“I passed by many of these places daily, and often wondered about their stories,” she said. “The project provided me with the opportunity to learn more about my community, and to give these stories back to these places.”

Rebecca Sykes conducted did the research for the Plant Bath kiosk. She uncovered stories from the bath and the images that were used.

The Plant Bath was one of the few public pools in Ottawa before the 1960s. Sykes said she liked bringing life to a story that is connected to so many different neighborhoods.

“I think it’s nice to have the visual reminder on the box that connects the old stone monument Plant Bath to the history of what it was used for,” Sykes said.

For the kiosk Sykes researched, the chalk drawings were held by Library and Archives Canada and were virtually unseen prior to this project.

Archival images were used for 12 of the kiosks, while original paintings by Ross Rheaume appear on the remaining five.

“It was the visual that was really important for us. It had to be original, it had to be creative and it had to be ground breaking,” said Dean.

After the kiosk at Lansdowne Park was installed, someone drew moustaches on every person in the photo who did not already have a moustache.

Dean said the smears came off with just a tissue, and that the vinyl wraps ensure that the city won’t have to send out graffiti removal crews every time a box is vandalized.

The vinyl has a life of between five and eight years. According to Dean, the kiosks will be up for the foreseeable future.