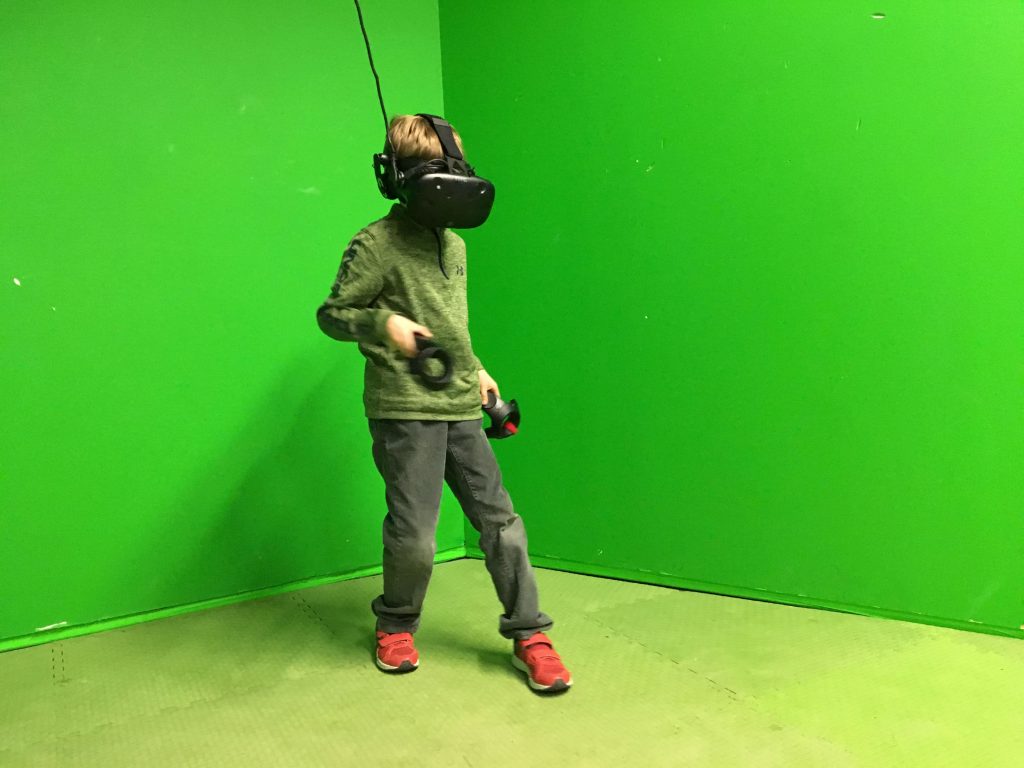 Colony VR’s exterior doesn’t stand out. Ottawa’s first virtual reality studio is tucked between an architecture business and a garage in a nondescript white building on Beech Street in Little Italy.

Inside, however, co-founder Rebecca Johnston and the rest of her family are working to redefine entertainment experiences.

The virtual reality company has just celebrated its one-year anniversary, and Johnston said the family has been pleasantly surprised by how the business has been doing. She and her family have signed on to stay in their location for at least another year.

“By our estimates, in the past year, we’ve exposed over 10,000 people to virtual reality,” said Johnston. “I am still amazed that people who come in and try it for the first time and come out with stars in their eyes, and their minds are blown.”

Johnston attributes their success to a unique business model. “We don’t want to be branded as an arcade,” she said. “We have pay-to-play, and as the different people come in we’re watching how are they interacting with the hardware, with the diversity of content. We have arrangements with many of our content creators here to feed that information back to them.”

This feedback is integral to Colony VR’s business. Sometimes the content developers just need to be informed about bugs in the software, but Johnston said Colony VR is also always looking for ways to make games more accessible.

“If your viewpoint (in the game) is set at five-foot-five and someone is in a wheelchair, that game is inaccessible,” said Johnston.

Virtual reality is designed to be as immersive as possible for users, but Johnston said diverse immersion will not happen by accident. It has to be carefully crafted.

At Colony VR, Johnston is trying to do just that. The studio is frequented by adults and youths on the autism spectrum, and the business is in the process of arranging a group workshop for them through Autism Ontario.

Marnie Potter, a family support coordinator at Autism Ontario, said she’s working with Johnston to arrange a virtual reality session for these children.

“The cool thing is that as much as Colony is about games, there’s also a social justice aspect to it,” said Potter, “And if there’s anything we know about children and youth on the spectrum, it’s that they love their games and interactive content.”

“We want to bring families together in environments where they’ll be comfortable,” she added. The employees at Colony VR have received training through Autism Ontario on how to interact appropriately with people on the autism spectrum.

Johnston said the potential for accessibility improvements doesn’t stop at special needs, though. She recounted a game Colony VR now features that was designed to bea child-friendly shooter, but when children looked down at their hands, the in-game hands were large, white and male.

“The more we can communicate those accessibility features to game or experience developers the more the games and experiences can become accessible to a diversity of people, and that’s really important to us,” said Johnston.

Johnston and her family said they want more than just diverse audiences, they also want to explore VR’s diverse applications.

At the anniversary celebration, local artist Allan Andre spoke to Johnston about incorporating augmented or virtual reality into his newest art show. Johnston said this is just one of several educational and experiential applications virtual reality can have.

“We don’t know how this industry is going to evolve,” said Johnston. “We’ve been really successful being nimble, and we’re always looking for new opportunities.”