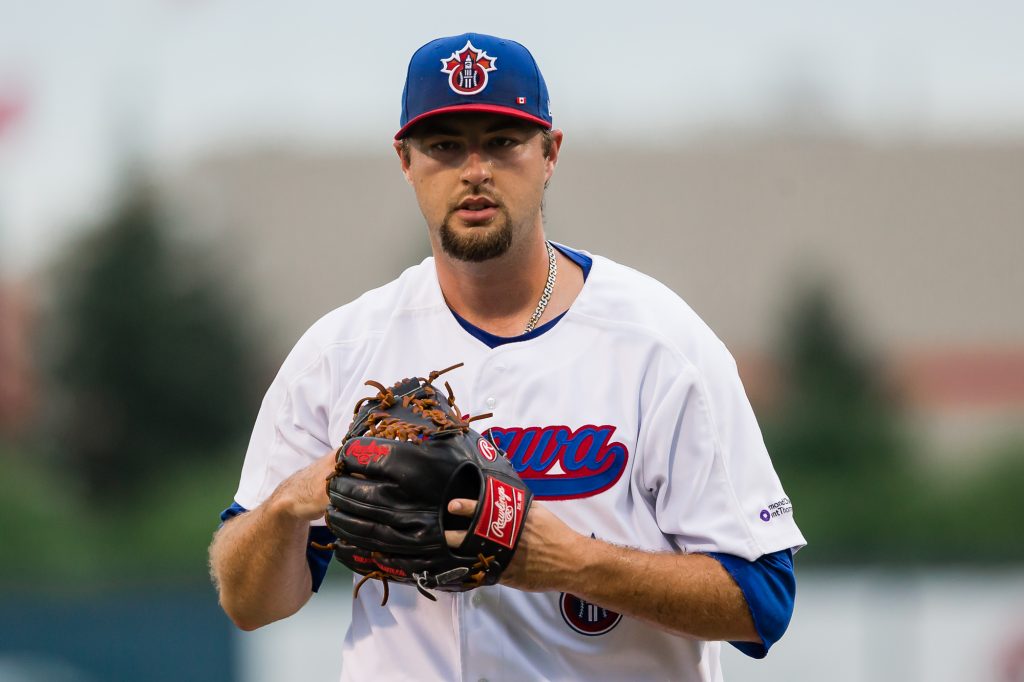 Though it’s now mid-winter, the Ottawa Champions have been making deals designed to produce a successful 2018 baseball season.

The team has locked up four pitching talents and re-signed its legendary manager — moves that should help the club climb out of the Can-Am League basement.

After missing the playoffs in its 2015 expansion season, the team rebounded and fought its way to an unexpected first league title in just its second year. The feat brought rewards, but it also raised expectations heading into 2017 — expectations the club did not live up to.

On a nightly average there were 500 fewer spectators in the crowd for each game, a huge difference in a small ballpark.

The organization tried to engage with the crowd as much as possible as the team struggled to put on a good show on the field. It was a team put together by former general manager Ben Hodge, who announced his decision to leave the Champions in October.

But even with Ottawa in the grip of miserable January weather, the Champions are taking steps to ensure a more promising spring, summer and fall.

It began with a deal to keep superstar manager Hal Lanier, who has been coaching the team since its inception in 2015. Lanier, 75, is a former MLB player and manager who won the 1982 World Series as an assistant coach with the St. Louis Cardinals.

He brings a lifetime of experience to a team of promising young players who are trying to perfect their craft. There were rumours that Lanier would exit after the 2017 season, but his return is good news.

Lanier was not happy with how last season ended, saying: “It was a very disappointing year for the team, for me and for the organization. But I think the organization has something to build on, especially the young arms in the bullpen.”

That’s where he couldn’t be more right. Even though the team went through long stretches during which pitching was their Achilles’ heel, the Champions’ bullpen group was young and talented, and should learn from their mistakes in 2017.

Early this month, the team announced the signing of Jordan Kurokawa, who was an All-Star in the Frontier League. Along with the re-signing of all-star pitcher Austin Chrismon, the two should bring an instant boost to a team desperate for elite pitching.

The team also re-signed Noah Gapp and Bobby St. Pierre, both of whom joined the team late in the 2017 campaign.

These moves were necessary considering the loss of Gatineau native Phillippe Aumont, who was signed by the Detroit Tigers in mid-December.

The biggest question moving forward is whether the team can find the arms that they relied on when they won the league title in 2016. Pitching wins championships and the Champions are off to a great start in 2018 — months before the season acutally opens — by locking up four quality hurlers.

If these offseason changes pan out, the team could very well find itself back in a playoff spot and in the hunt for another championship. A quality team results in more wins and better attendance, and the Champions seem determined to build a long-term baseball franchise in Ottawa.