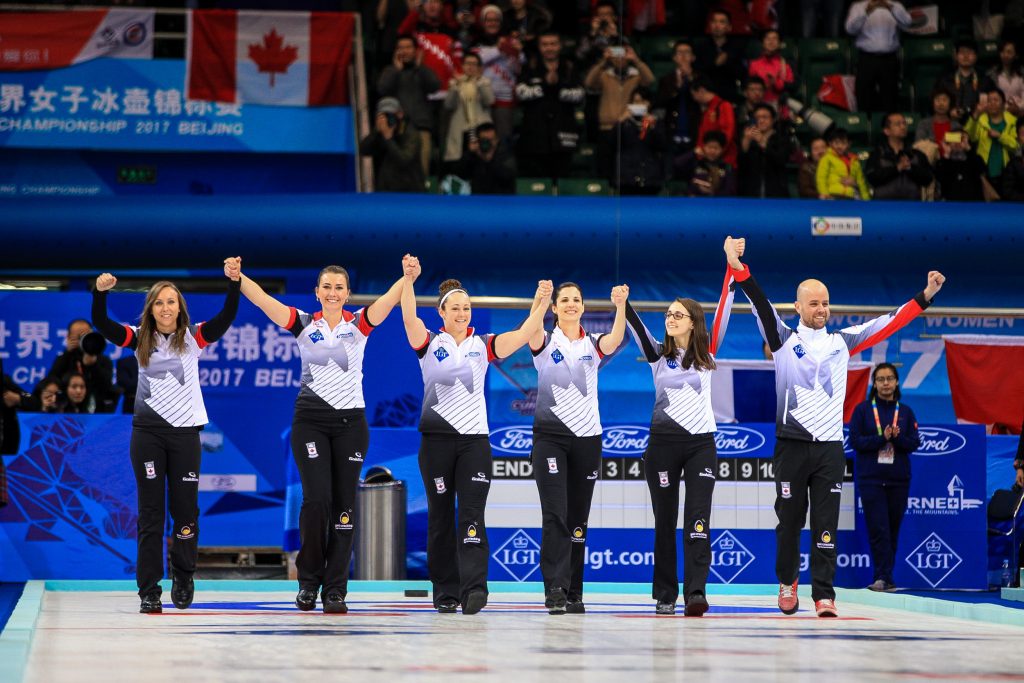 The Ottawa Curling Club’s Team Homan ended a disappointing competition at the Pyeongchang Olympics with a 9-8 win over the Olympic Athletes from Russia on Wednesday, Feb. 21 after losses to Great Britain and China earlier in the week eliminated the Canadians from medal contention.

Canada’s victory in the last match of the nine-game round-robin portion of the women’s curling event left the Rachel Homan-led team with a 4-5 record, good for fifth place, but left out of the four-team playoff round that will see first-place South Korea and fourth-place Japan in one semi-final, with Sweden and Great Britain (second and third respectively) in the other.

Team Canada had evened its round-robin record at three wins and three losses after an easy 8-3 victory on Monday, Feb. 19 against Japan.

That win had sustained the team’s Winter Games resurgence after a dismal 0-3 start at the women’s curling competition in Pyeongchang, South Korea.

The Canadians had notched a comeback 10-8 win on Sunday over Switzerland to keep in the running for the podium.

After a startlingly poor 0-3 start in the Olympic tournament, the Canadian team — including lead Lisa Weagle, second Joanne Courtney and third Emma Miskew — rebounded with an easy victory over the U.S. before the nail-biting win over a strong Swiss rink to remain in contention for a playoff spot at the time.

The pride of the Ottawa Curling Club on O’Connor Street in Centretown, Team Homan entered the Olympics as reigning world champions and odds-on favourites to take gold. But consecutive losses to South Korea, Sweden and Denmark at the outset of the Games left the Canadians at risk of elimination unless they ran the table in their remaining round-robin games.

Ultimately, a fourth loss against China on Feb. 20 followed by another defeat the next day against Great Britain ended Team Homan’s shot at an Olympic medal.

The team’s disastrous start was made worse when Homan sparked a high-profile controversy in the game against Denmark by quickly removing a “burnt” stone — accidentally touched by a Danish player — even though conventional curling etiquette would have left it in place since the touch didn’t significantly alter the rock’s course. Homan’s move was within the rules of the game, but sparked widespread criticism.

The Ottawa Curling Club, however, is enjoying some Olympic glory after Calgary’s John Morris — who won two world junior championships in the late 1990s curling out of the Ottawa club — won the Winter Games’ inaugural mixed doubles competition with teammate Kaitlyn Lawes of Winnipeg. The Canadians defeated Switzerland in the gold-medal game.

Though decided at the end of the first week of the Games, the results of the mixed doubles competition were later changed when one of the Russian curlers, who took bronze in the event, failed a doping test. Alexander Krushelnitsky, who had placed third in mixed-doubles play with his teammate and wife Anastasia Bryzgalova, tested positive for a fitness-enhancing drug called meldonium.

Although Krushelnitsky denied ingesting the drug intentionally, he and Russia’s curling federation accepted the test results. The mixed doubles team from Norway was expected to be elevated to the bronze medal position.