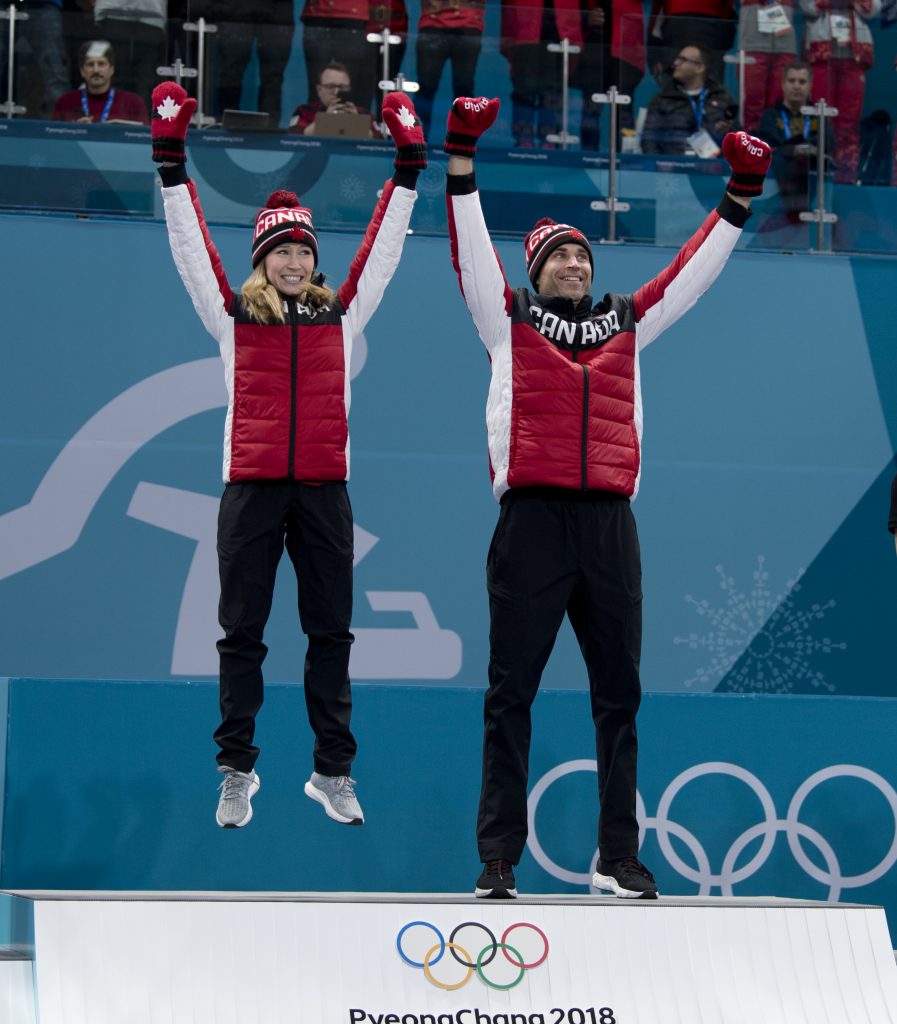 Who would’ve thought that with all the world watching the 2018 Winter Olympics, a global sports spotlight would be shining on a group of athletes with deep roots right here in Centretown.

John Morris — co-winner with teammate Kaitlyn Lawes of the first-ever Olympic gold medal in mixed doubles curling — gained a foothold at the elite level of his sport as a world junior champion representing the Ottawa Curling Club.

And the Rachel Homan-led foursome representing Canada in the Olympic women’s team event in Pyeongchang — after winning national and world curling titles in 2017 — is the pride of the downtown club.

The successes these athletes have enjoyed mark the OCC as a prime spot to become a world-class curler.

There is a strong argument to be made that the OCC is the most elite curling training facility in the world. That’s quite an accomplishment for the 166-year old club, which doesn’t give off a state-of-the-art vibe from the outside.

Given the other big-time sports venues in Ottawa — the Canadian Tire Centre and TD Place, homes of the Ottawa Senators and Ottawa Redblacks respectively — it’s hard to believe that the most celebrated big-time champions from this city over the past year hail from a small curling club on O’Connor Street.

The success can’t be denied.

Morris actually picked up his second Olympic gold medal with Winnipeg-based Lawes in South Korea, having won gold as part of the Kevin Martin-skipped Canadian men’s team at Vancouver 2010.

Morris won the 1998 and 1999 World Junior Championships while training out of the OCC with his father — and coach — Earle Morris, who also coached the members of Team Homan for years.

Although it’s been a while since the Calgary-based John Morris was a regular visitor to the Ottawa club, that’s where he learned his craft and developed the skills that turned him into an Olympic champion.

Morris and Lawes were unstoppable on the grand Olympic stage, taking every game in the tournament except their opener against Norway — hard to believe considering how Morris made it to Pyeongyang in the first place.

His original plan was to team with fellow OCC product Homan, but once she qualified for the Olympic women’s team event, Morris needed a backup plan. Enter Lawes, and with only one practice session the two curlers knew they had chemistry.

Even with a fifth-place finish in round-robin play at the Canadian mixed doubles Olympic trials in Manitoba, the Morris-Lawes team ran the table in the playoffs en route to an Olympic berth.

During their incredible journey, Earle Morris has been there to provide support. He put it perfectly during a recent interview with CBC Radio’s Ottawa Morning.

“To go to the Olympics once is amazing. To win a gold medal once is something else, to do it twice is absolutely over the moon,” said the proud father and coach.

Absolutely over the moon is how Ottawa should feel about its hometown superstars — much like those Morris superfans who were seen during the gold medal game. We are all “Mo’s Bros” now.

Morris isn’t the only curler with OCC roots in Pyeongchang. Rachel Homan, along with teammates Lisa Weagle, Joanne Courtney and Emma Miskew, were representing Canada in the women’s tournament.

After a slow 0-3 start to their Olympic tournament, the team enjoyed a resurgence and put themselves back into playoff contention. But two further round-robin losses left Team Homan out of the playoffs.

Regardless of the Olympic disappointment, Team Homan has already attracted lifelong fans with victories at the Scotties Tournament of Hearts and World Championships in 2017.

After such impressive representation at the Pyeongchang Games, the Ottawa Curling Club has reinforced its place at the centre of the curling world for a long time to come.