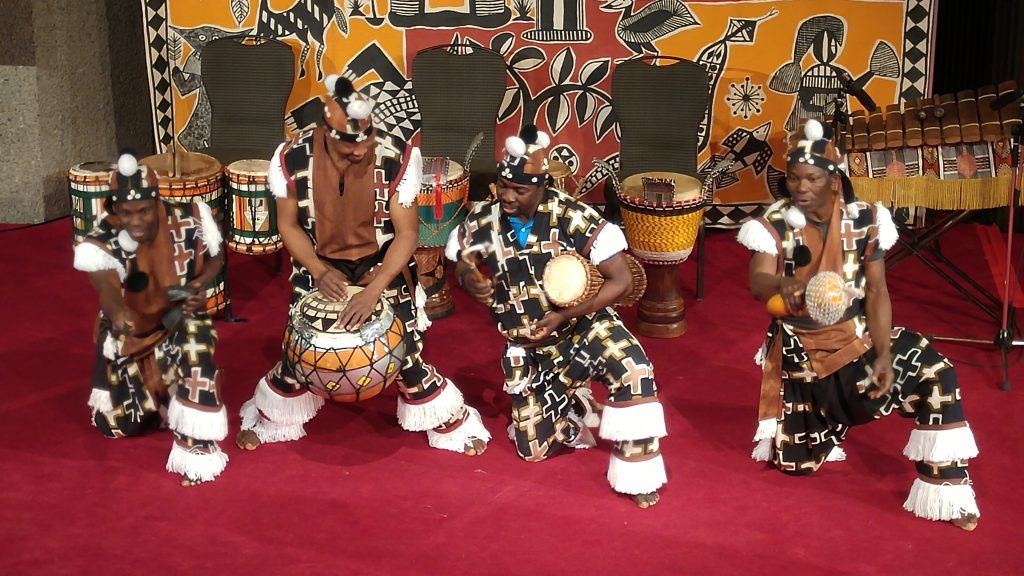 African artists hopped onto stage to the beat of Ivory Coast drums as the crowd roared in response.

Masabo, the African dance group, made its first performance at the National Arts Centre on Feb. 11 in a Black History Month celebration of culture and heritage.

The group held three concerts, one in French and two in English, at the Elgin Street performance centre. All were sold out, each drawing crowds of about 300 people, including many children.

“I think it is a great month for us to share Africa and the story of the black nation in North America,” said Fana Soro, the leader and director of Masabo.

Soro, 53, was raised in Ivory Coast and said he is lucky to have been born into a family of musicians. His parents played drums and sang traditional songs, so it was only natural for him to learn too.

Masabo is composed of professional African dancers, storytellers and musicians, and is primarily based in Vancouver. Every February, Masabo members who are available to travel to other provinces do so to perform at a number of elementary schools, high schools and universities.

Soro met Jean Pierre Makosso at the Vancouver Children’s Festival in 2001, where Makosso told Soro: “I’m a professional storyteller. You’re a professional musician. We can get together and make a show.” They joined forces shortly after.

Every African knows how to dance, Makosso said.

“Before your mother or dad takes you to learn A B C D, you go to a gathering and you watch them telling stories and dancing. And you, too — you get the vibe,” he added.

Soro said that he especially loves giving family shows because he learned so much from his own parents.

“To see the kids with their parents – it reminds me of my childhood,” he said.

Black History Month is about the history of black North Americans: “It is about the African, American, Canadian leaders and educators that came before us. It is good to remind us and the generations to come what they did in this world,” Makosso said.

In order to keep expanding the scope of his performances with new music and stories, Soro goes back to Ivory Coast every two or three years to learn more.

In the hour leading up to each show, children had the chance to handcraft their own African shaker and drum out of foam coffee cups that were taped together at the bottom to make an hourglass shape. They could also enjoy a performance by the Ottawa Suzuki Strings, an ensemble of eight youth violinists and a piano player.

Gaveen Cadotte’s daughter was one of 11 children who was asked to come on stage during Masabo’s show to help Makosso tell the story of the African savannah.

“Although our background is Caribbean,” said Cadotte, “it all connects back to the different African countries. It’s really important to maintain that cultural heritage in Canada by teaching next generations about their culture.”