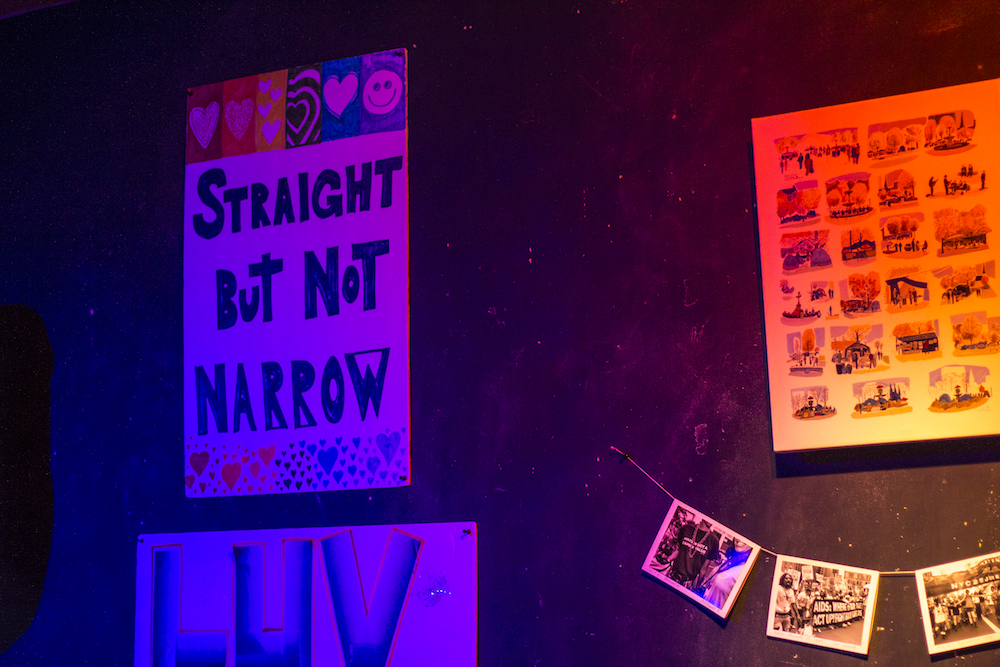 The restaurant lighting was dimmed, but spotlights pointed directly to the protest signs covering the walls. One sign proclaimed “Straight, But Not Narrow”. Another said: “F*** Weed, Legalize My Mum.”

Shanghai Restaurant held its first ever Pickets & Protests show on Feb. 8, a retrospective of some of the protest signs that have punctuated marches to Parliament Hill and along the streets of Centretown over the years.

The restaurant put out a call to the many protesters of Ottawa to submit their handmade signs so that a group art exhibit could be organized. As the national capital, Ottawa hosts many protests throughout the year, so for many this was a welcome event.

“I just love the whole idea of the event. You go to these protests, you make these signs, and then they sit in your closet! For me, I was really happy to have someone to give them to,” said Brigitte Lord, an author and show contributor.

Don Kwan, one of the owners of the restaurant, said he wanted to showcase the fact that many people have put “so much effort, and creativity, and passion into their message.”

Kwan said the idea for the event came from last year’s Women’s March, during which a friend’s sign — “Be Kind” — received a lot of positive feedback. This friend was asked to lead the march, and that inspired Kwan to organize the picket exhibit.

After Ottawa held its Capital Pride, Kwan put the idea into motion and a Facebook call-for-submissions was put out.

Kwan, not sure what the restaurant would receive, was impressed with the response. “Even, a little kid brought something in,” Kwan said. The kid, being barely a teenager, was proof of how seriously some Ottawa residents take protesting, Kwan said.

Bev Chappell, another contributor, helped decorate the walls of the restaurant with photographs she’d taken at the 25th Anniversary of the Stonewall riots, a June 1968 uprising by members of New York’s LGBTQ population against police raids that is widely viewed as the beginning of the “gay liberation” movement.

“I do not consider myself an activist,” Chappell said. “I consider myself a photographer and artist of sorts. When I look at these photos the significance that comes to mind is the date and time period and how it relates to today.”

For Lord, helping the homeless is a cause extremely near to her heart. “People will shake their head in disgust, and I just thought that’s not right! The only difference between them and us, if I can say it that way, is that I happen to not have addictions, other than smoking cigarettes.

“My sister was homeless….it can happen to anyone. Listen, I feed lawyers, I feed engineers, nurses.”

Kwan said the event was a great learning experience, and said the restaurant looks to hold another round after the summer.

This current batch of posters will stay up until mid-March, he said. The restaurant will be celebrating its 46th year in the same location this year, having been run by Kwan’s parents before him, and Kwan said many of the protest signs align with his worldview.