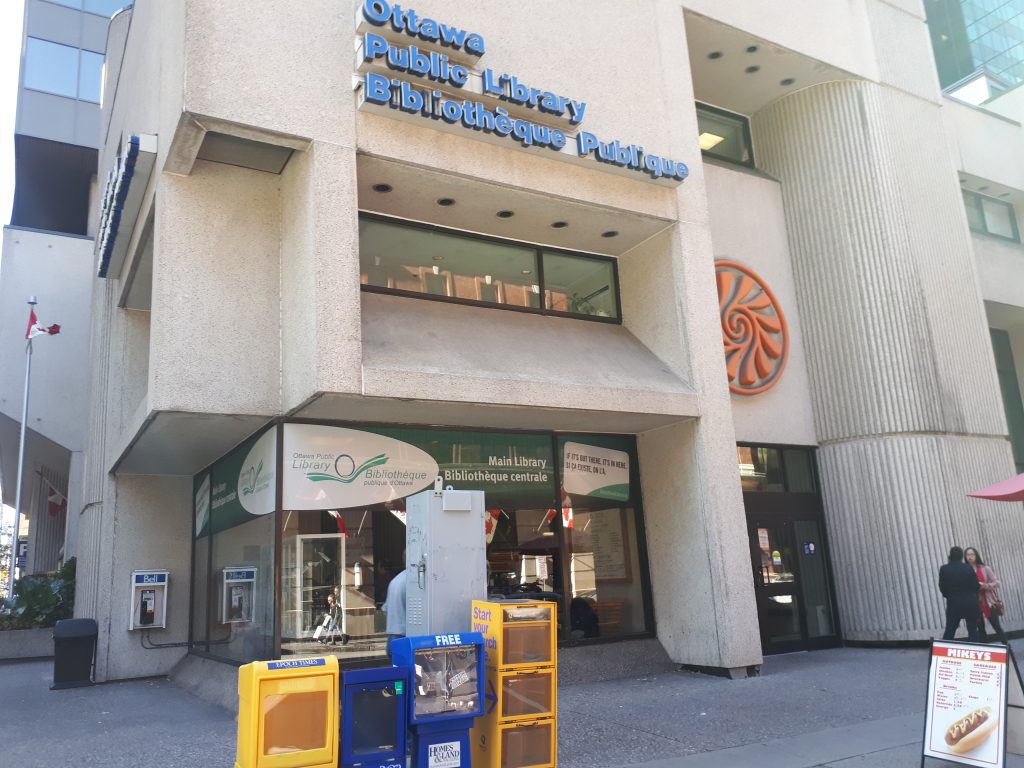 The Ottawa Public Library is exploring a plan to do more to acknowledge the presence of libraries on Indigenous land through signage and by publicly thanking the original Algonquin occupants of the national capital.

The move, detailed in a report to the library’s board of directors, comes in response to 10 recommendations proposed by the Canadian Federation of Library Associations for advancing parts of the Truth and Reconciliation Commission’s 94 Calls to Action.

The 94 recommendations, which urged federal, provincial and other levels of government to move forward with reconciliation, were released in 2015.

“What we will do is we will work with our colleagues at the city to see in what instances we should be providing land acknowledgement — thanking the Algonquin nation for hosting us here, whether it’s at library board meetings or special library events,” said the library’s deputy CEO Monique Désormeaux. “The other thing, too, is to look at perhaps putting signage in each of our locations.”

Traditional Algonquin territory encompasses much of Eastern Ontario, including the Ottawa Valley, and southern Quebec.

Should the board approve such signs, some time would be needed to assure that the words are properly written in English, French and Algonquin, Désormeaux said.

“I think anything we can do to help mend the historic issues from the past is always a good thing,” she added.

“When I come to City Hall and see the Franco-Ontarian flag flying amongst the flag poles, that’s something that I’m proud of,” Désormeaux said. “When I come also to City Hall and I see the land marker at the very front of Marion Dewar Plaza where we recognize that the City of Ottawa is on this traditional land, it just brings a certain level of pride that there were people here before we arrived, back three, four hundred years ago.”

A second report will, she said, be presented to the board at a future date.