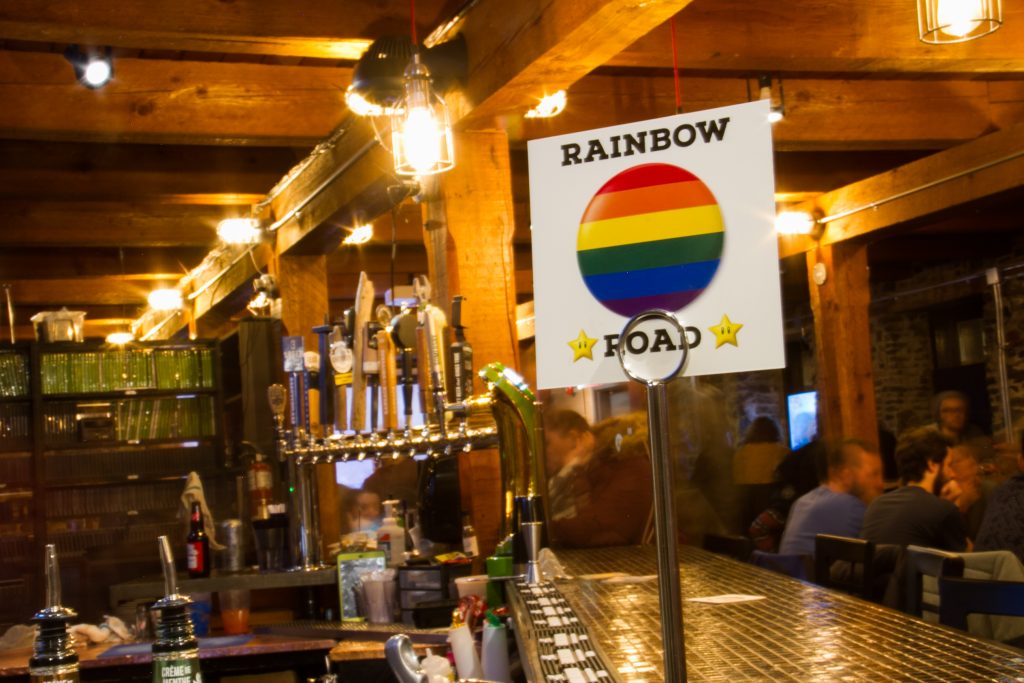 Some boo, some cheer, and some jeer at one another. Huddled around one screen, viewers applaud when good calls are made, and throw insults at players they dislike. It’s a Thursday night at Level One, but it’s not a sports game that’s on.

This year the local game-themed restaurant on Waller Street, near the University of Ottawa, opened its doors to host a RuPaul’s Drag Race viewing party. The show, similar to many reality TV show contests involves drag queens competing in fashion, talent and lip-sync competitions.

“I’ve been a fan of a lot of sports, and the RuPaul Drag Race show has similarities,” said Alessandro Argentina, co-owner of Level One. “We’re talking about professionals here that are really at the top of their game preforming against each other.”

The event idea came from Andrew Arensault, a staff member at Level One. He created an LGBTQ-friendly gaming event called Rainbow Road after he noticed a lack of queer-friendly events when he moved to Ottawa three years ago.

“I just wanted to create a community that I wanted to be a part of, I didn’t really know of any other place in Ottawa where you could go and be around queer people and also express your interest in video games and board games,” said Arensault. “The easiest way to make it happen is to do it yourself.”

Arensault said the event is a safe space for queer and allies to enjoy the show for free.

For Marie-France Pare, a research technician at the Ottawa Hospital, it’s a way to watch the show live without spoilers with friends.

“It’s been really cool to watch it with other people. It was something that no one else I really knew watched before,” Pare said. “This group is so great they know all the queens, all the inside jokes, all the trivia.”

The event is open to the public every Thursday night. This is the first year the restaurant has hosted a viewing party.

Jade London, an Ottawa drag queen and hairstylist, said while the mainstream show has popularized drag for local performers, it’s not always a good thing.

“I feel like everyone is always comparing us to RuPaul’s Drag Race,” said London. “It’s hard to catch up with those girls because those girls are used to performing everyday.”

She said that doing drag in Ottawa doesn’t offer enough opportunities at venues or throughout the week.

London said many of the queens on the show come from cities where they can make money off their gigs and can spend more on their looks. She said Ottawa’s scene is a lot slower and doesn’t pay the bills.

“I grew up doing drag by spending 75 per cent of my income of my hairstylist job just to pay for my makeup just to start off. It was really rough back then.”

Arensault said that since the premiere, the increase in viewers at the event in steadily going up as drag gains more widespread acceptance. “It’s a growing art form all over the world, and I don’t see why Ottawa wouldn’t be a part of it.”