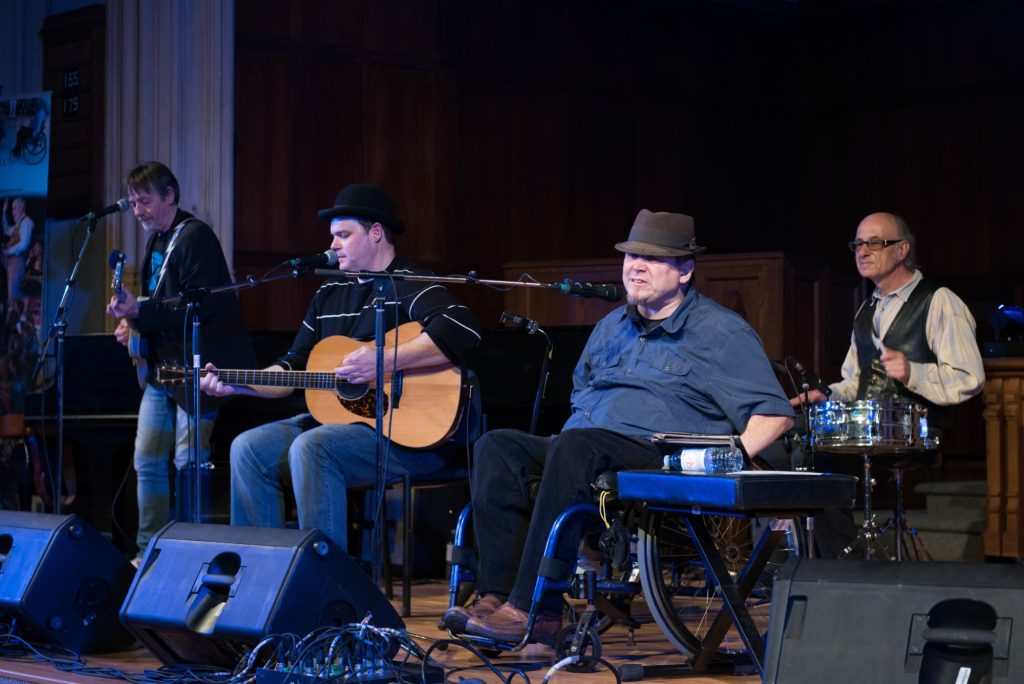 The Durham County Poets performed at the Ottawa Grassroots Festival in 2017. Photo by Jake Morrison.
February 23, 2018

The Ottawa Grassroots Festival is pushing for more female performers in its 2018 lineup, as it prepares for its seventh annual event in April.

This year, more than half the artists scheduled to perform are women, which is between 20 and 40 per cent more than other festival lineups in the area, according to Emily Mountjoy, the assistance producer for the festival.

“It’s always just been normal to have either a male-dominated society, or male artists be more prominent,” Mountjoy said. “Now that the voices in the community are talking about those things, they can look to Grassroots and say, ‘Oh, this festival actually does have this.’ ”

Emma Lamontagne, 17, will perform at the festival for the second consecutive year — and at the launch, which will be held March 1 at Pressed on Gladstone Avenue. She said the welcoming atmosphere is one of the reasons she enjoys singing at the festival so much.

“You see all these festivals where the names are male and there are barely any females on the list, so I really like this one because it makes me feel like I don’t have to compete against people just to get my name up there,” she said.

The festival is committed to bridging the language divide as well. Over the past few years, the festival’s francophone night, which showcases artists who perform mostly in French, has become a staple of the annual programming.

“There are these two silos that operate – they’re musical silos – English on this side of the river and French on the other, and so we’re trying to break down those silos,” Smith said.

She added that the festival has also made an effort to provide a platform for artists who have an Indigenous background, or who have a disability, whether visible or invisible.

Smith said that some of this year’s performers identify as having a disability, such as chronic fatigue, a learning disability, or mental illness. Because of this, she said the organization aims to accommodate all attendees, artists and volunteers by ensuring the venues, stages, website, and ways people participate in the event are accessible. This could include offering seating close to the stage or interpreters for those who are hard of hearing.

Providing a platform for people who representing a range of diverse voices is something that defines the festival, Smith said.

“We like to look at our rosters and the people that are involved in the organization of the Ottawa Grassroots Festival as people with all abilities,” she said.

The festival’s March 1 launch will also feature a performance by Marc-Antoine Joly.

The Ottawa Grassroots Festival itself will take place at the Southminster United Church on Aylmer Avenue from April 26 to 29.