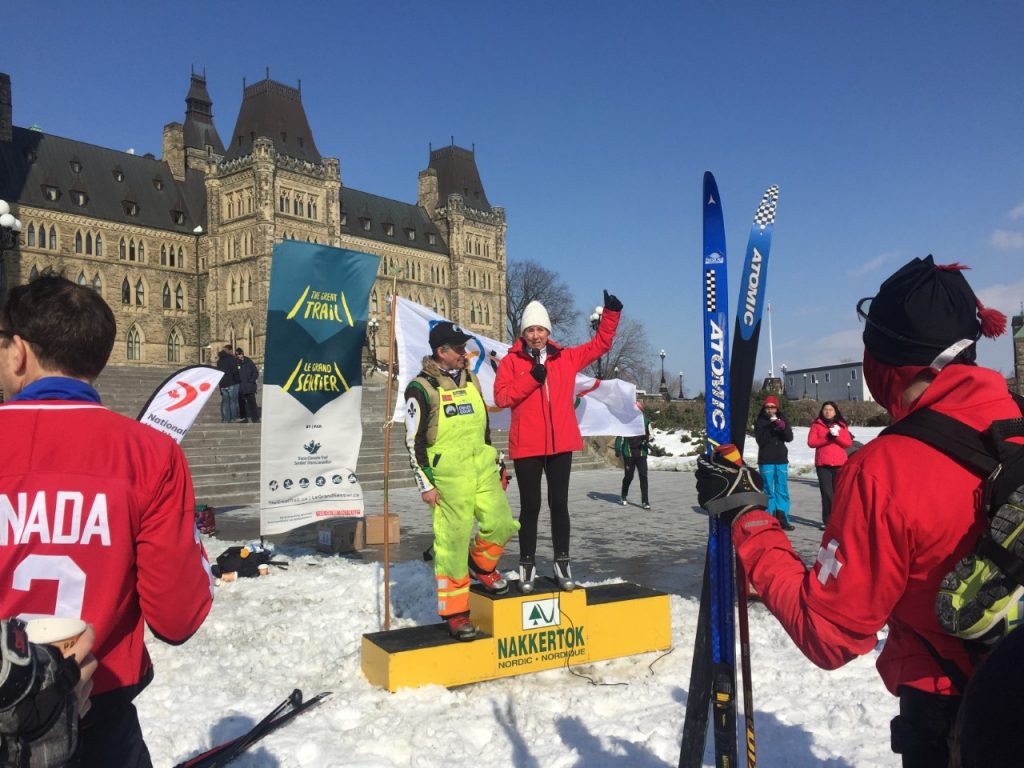 Parliament Hill was turned into a cross-country ski track on Feb. 14 for the 3rd annual Ski Day on the Hill.

The event was part of National Health and Fitness Day, an initiative aimed at getting more Canadians to participate in a healthy, active lifestyle.

John Weston, the founding president of National Health and Fitness Day, said he started the event when he realized how little physical activity Canadians were getting.

“Canadians are dwindling in health and fitness,” he said. “Two-thirds of our kids are gearing towards overweightness in the country, and cardiovascular problems are skyrocketing along with healthcare costs.”

His goal is to make an active lifestyle more accessible to Canadians, with the hopes that all citizens will eventually be able to maintain healthy habits.

He said that initiative has spread across the country, with 279 cities participating every year.

Weston said the problem isn’t always that Canadians don’t have enough opportunities to be active; the problem comes from the way people think about physical activity.

Nancy Greene Raine, a B.C. senator and 1968 Olympics giant slalom champion, has been involved with National Health and Fitness Day since it started in 2013.

She said she wants Canadians to see physical activity as something fun, which can be enjoyed by anyone.

Dave Adams is the trail manager and head groomer for the John A. Macdonald Winter Trail, which runs from LeBreton Flats to city’s west end along the Ottawa River. He’s known by many in the cross-country community as ‘Groomer Dave’, and was responsible for creating the track on Parliament Hill.

He said that he thinks cross-country skiing is a sport that anyone can enjoy, and that he wants it to be accessible to all Canadians.

“By nature, the sport of cross country skiing is very simple, and it’s a sport that can be enjoyed right from the very beginning until your last day,” he said. “It’s a very special sport and I want to make it accessible. And I think we’re getting to that point where we can get more people out being more active.”

For now, Weston says that Canada has a while to go.

“We’re about 20 years behind our American friends, but we’re catching up on them,” he said.

However, he’s hopeful about the progress that National Health and Fitness Day has already made.