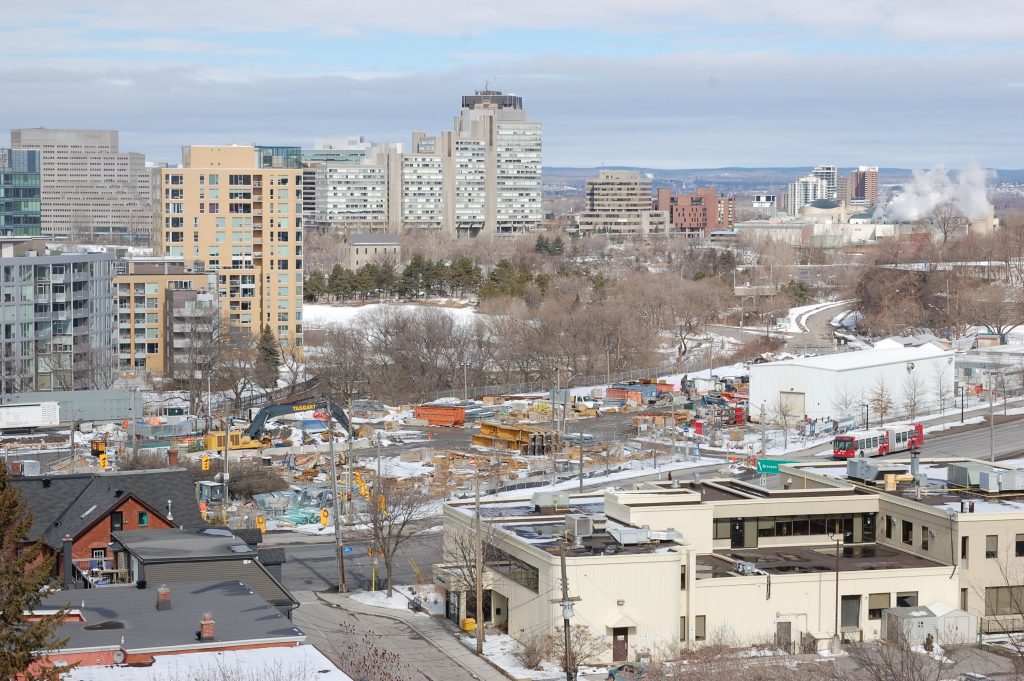 After months of uncertainty, the federal government announced in its Feb. 27 budget that $73 million has been earmarked for Library and Archives Canada to join the City of Ottawa in erecting a new Central Library on the east side of LeBreton Flats.

The proposed $168-million joint library project at 557 Wellington St. — hailed as a ground-breaking partnership between the national LAC and the municipal Ottawa Public Library — was formally approved by the city in February 2017 after a high-profile controversy over the planned location of the facility.

The City of Ottawa has committed to spending $99 million for the joint library.

Somerset Coun. Catherine McKenney was the only member of council to oppose the plan at the time. Along with the Centretown Citizens Community Association and a citizens’ group called Bookmark the Core, McKenney argued that the new Central Library should be located closer to the site of the current library headquarters and Main branch on Metcalfe Street.

McKenney has continued to push for local library services in the downtown core after the Central Library is built. The CCCA has also been surveying Centretown residents over the past years and says demand is strong for a branch library in the heart of the downtown area.

In the weeks leading up to the unveiling of the Liberal government’s budget, it was unclear whether the LAC portion of the project would receive federal funding. But Ottawa Mayor Jim Watson had made clear that — federal support or not — the library was still a go.

The federal government’s decision to approve LAC funding for the project has renewed joint planning for the new facility.

The federal contribution has been generally embraced as great news.

“It’s going to be good for Ottawa residents,” she said. “It will be publicly-accessible, it won’t cost anything (for admission) and it will help us learn more about our history and culture, which I think we should be celebrating.”

McKenna has been pushing for joint library project and the federal funding since the 2015 federal election.

Beacon Hill-Cyrville Coun. Tim Tierney, chair of the Ottawa Public Library Board, has described the planned construction of the facility as a “defining moment for the city and its landscape.”

Watson has echoed that sentiment.

“This is a once-in-a-generation opportunity to join forces and create a landmark institution; one that will serve the needs of residents as a Central Public Library, while offering all Canadians access to LAC’s public-facing services and their rich and diverse collection of works,” Watson said in a statement following the federal budget announcement.

But McKenney, who has said that moving the city’s main library out of the downtown core would leave “a hole in the community,” has also expressed concern that the 557 Wellington site is too far away from the nearest LRT stations.

The new Central Library is to be located near the sloping ground at the north end of Bronson Avenue.  McKenney has argued that this is a concern for people with mobility issues and that the library would have been more accessible for residents if had it been located at an LRT stop.

Other critics have argued that there was never a true debate on the location and that the approved location should be reconsidered.

Parking is another issue the city will have to consider before construction starts. It’s been reported that the project estimate doesn’t include approximately $18 million needed for the construction of a parking garage.

Although the OPL and the LAC declined to comment on next steps in the joint facility, City of Ottawa project manager Hieu Nguyen said an updated report on project timelines and implementation plans is expected this spring.

The report is to include recommendations from a study on parking facilities for the new library.