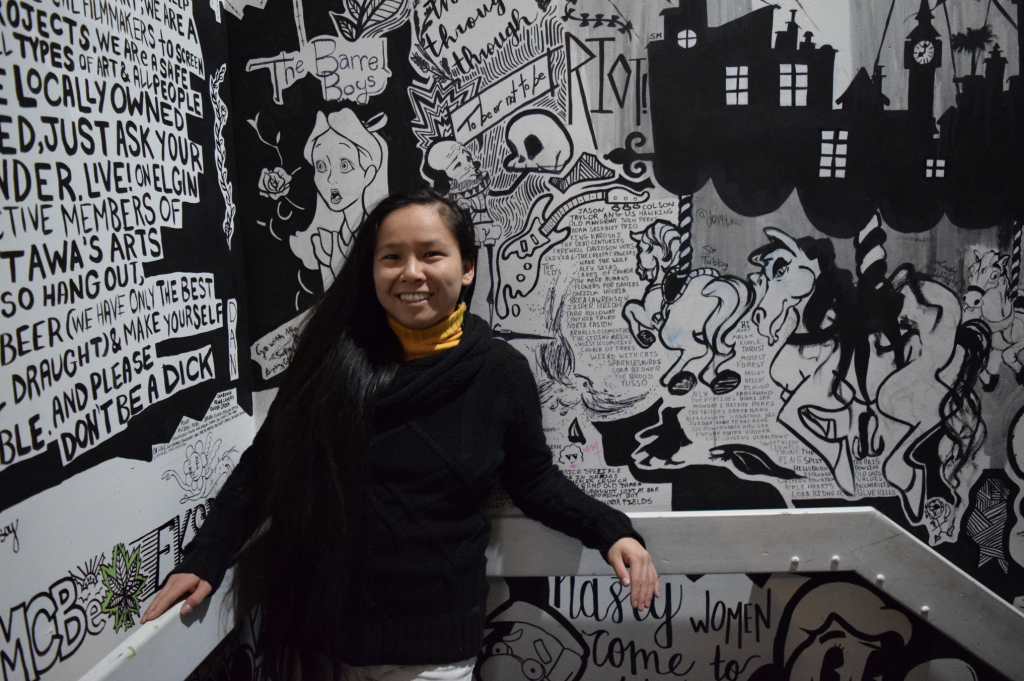 The theme for this year’s celebration, “Hashtags & Beyond,” was inspired by global movements like #MeToo, which helped break the silence surrounding sexual assault.

The event showcased the work of five local feminists during the annual Femmy Awards.

Lisa Pigeau received the award in advocacy for her work as the manager of the Ending Violence Against Indigenous Women program at the Métis Nation of Ontario.

The award in arts and media was given to Mai Ngo for her podcast titled Birth Talks, in which she looks at how gender, race and class affect pregnancy, birth and parenting.

Dr. Salma Debs-Ivall won the award in “thought leadership” with a PhD dissertation that explored the lived experiences and challenges immigrant Canadian women encounter in the healthcare system.

Keya Prempeh was given the award in frontline service provision for their work at the Centretown-based Foundations & Pathways Ottawa, a pilot project providing peer counselling and health-system navigation services by and for trans and gender diverse individuals.

The Youth Femmy Award was handed out to Carleton University student Jade Cooligan Pang for her local and national advocacy work at “Our Turn,” a student-led action plan to end sexual violence on campuses in Canada.

The event also featured art performances from local musician and poet King Kimbit, as well as actors from The Ghomeshi Effect, a documentary dance-theatre production that explores sexual violence in Canada and how it is handled in the justice system.