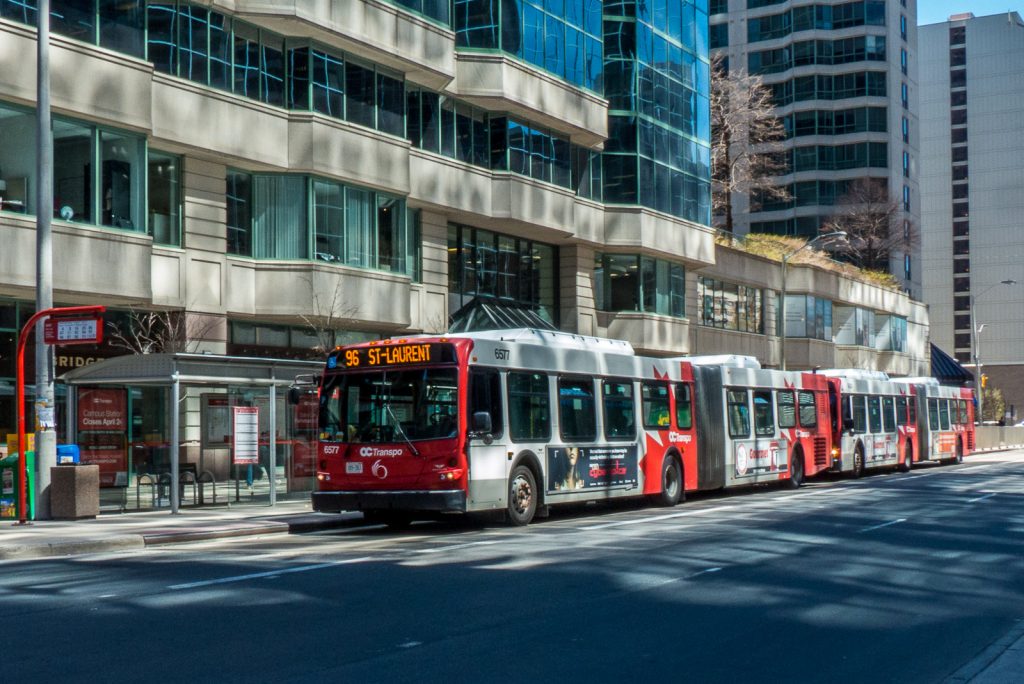 The Ottawa Next survey is asking residents about their visions for a better Ottawa. One aspect of the survey asks about mobility and transportation options. Photo by: Wikimedia Commons.
March 23, 2018

The Ottawa Next survey being conducted by city staff is meant to give Ottawa residents the chance to contribute to city policies. But with the survey closing on March 31, only 250 respondents have participated so far.

The public consultation project — Ottawa Next: Beyond 2036 — was launched in October. The goal is to gain insight from citizens about what they want their city to look like in the coming decades as the population expands.

Participants are asked to write a short-answer response reflecting on what livability means to them, Ottawa’s strengths in various categories, as well as areas for improvement. The survey is being conducted online through the City of Ottawa website.

University of Ottawa student Sierra Erbach, 20, lives in Centretown and grew up in Ottawa. She welcomed the effort the city is putting into getting feedback directly from residents.

“I’ve seen Ottawa change so much since I was a kid, and there is so much more change coming in the future — like the beginning of the O-Train Confederation Line,” she said. “If the city is going to run smoothly and see the success of businesses, schools and the people, then we need to make sure it’s not just one group of people speaking on behalf of all of us.”

The survey focuses on categories such as housing, mobility and the economy. As the survey draws to a close, the project team will now be focusing on how to turn suggestions from the survey into tangible changes, even with the low response rate.

A 2008 study by Stanford University found that lower response rates generally result in over-representation for those who answer the survey. This can create results that do not reflect a wide range of society.

City planner Alain Miguelez is one of the municipal employees overseeing the Ottawa Next project. Although the response rate hasn’t been as high as hoped, Miguelez said it still provides diverse opinions to bring to city council.

Miguelez said the short-answer format of the survey, rather multiple choice, was crafted strategically.

“You have to really bring ideas and we’re really looking for ideas,” Miguelez said. “In July we’re going to talk about very high-level scenarios to set the stage for the next official plan review.”

He said the scenarios and plan review will be based to a large degree on issues and suggestions the public identified in the survey.

So far, participants have highlighted mobility, such as access to public transportation, increasing awareness of the city’s local art scene and diversifying employment options, as main areas for consideration.

John Smit is another city employee involved with the project. He said the survey is the city’s way of looking toward the future, instead of following the same procedures from the past, to cope with unknown future challenges.

“Really what the purpose of this exercise is, is to change the focus of the discussion that we need to have, because one of the things that is clear is that as we’re moving forward, we need to ensure that our policy documents are resilient, flexible and adaptable,” Smit said.

Although Erbach hadn’t heard of the survey before, she said she is looking forward to positive changes the survey results could make in the community.

“It’s my first experience with something like this, but my optimistic side hopes they care about our opinions,” she said.

Results will be analyzed by a committee of organizations from diverse fields of study and by consultants Dan Leeming and Joe Berridge. The project team aims to have suggestions brought to council by the beginning of July.