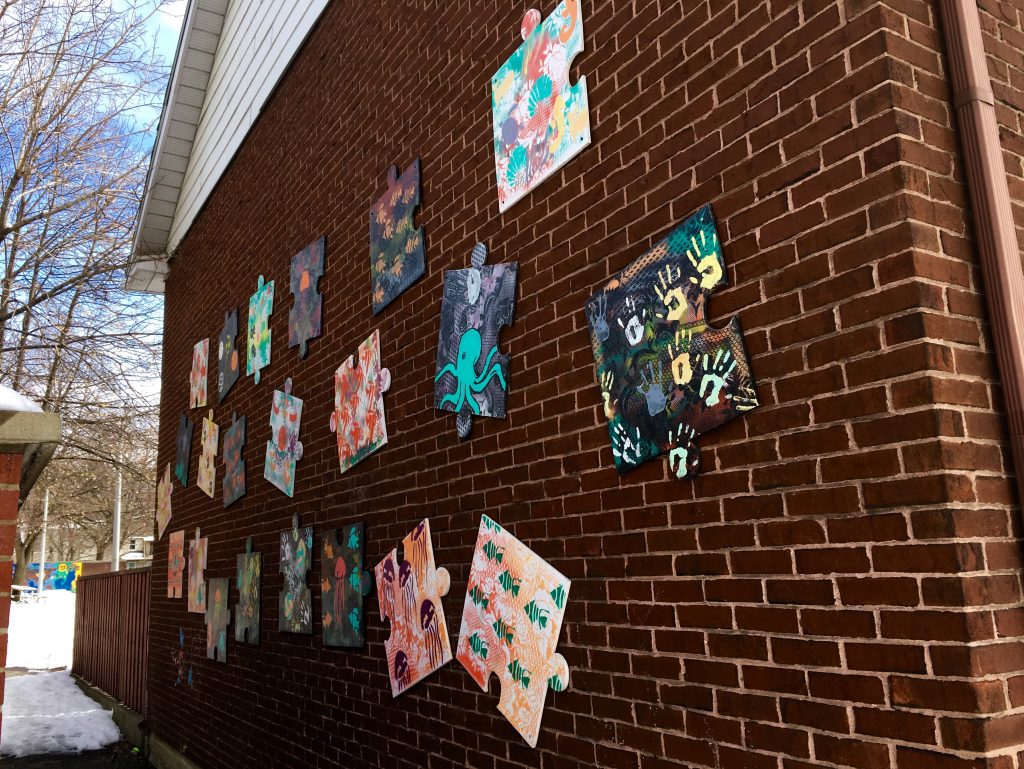 Youth from the organization created the mural as part of a program aimed at curbing vandalism and beautifying neighbourhoods across Ottawa.

“There was a little bit of graffiti that would be happening around the community, and since the mural has gone up there has been significantly less. There hasn’t even been any on the wall that the mural is on,” said Amal Mashaye, coordinator at the community hub.

The mural was created last year through the City of Ottawa’s Paint it Up! program. Administered by Crime Prevention Ottawa, the initiative allows youth, local artists, non-profits and city officials to collaborate in reducing the amount of graffiti in communities.

The idea behind Paint it Up! is to place murals in areas of the city experiencing the most graffiti vandalism. The murals then deter people from tagging over them, said Dean Johnson, a public realm specialist with the City of Ottawa.

Johnson said Centretown has one of the higher rates of graffiti vandalism in the city.

Crime Prevention Ottawa reports that since the introduction of Paint it Up! in 2010, more than 1,300 youth, ages 12 to 22, have worked on 65 projects across the city.

The City of Ottawa, according to its website, gives up to $50,000 a year to the program, while each project receives an average grant of $5,000.

Colourful handprints, aquatic creatures, and basketballs are incorporated into the design of the Rochester Heights mural. Sporadically placed, each piece symbolizes the youth who created it.

“The handprints were one of the main ideas by the kids,” said Daniel Martelock, an Ottawa artist who collaborated with the Rochester Heights community to create the mural. “They wanted to do multiple colours just to show that it is such a vibrant cultural community, and I thought that was brilliant.”

Martelock said he showed the kids some of his techniques using spray paint and other tools on the plywood puzzle pieces.

“The youth are proud of their work on the wall, so they won’t be contributing to the graffiti and tagging that has been going on. So, I can honestly say that the project did help with that,” said Mashaye.

Paint it Up! was launched as a way to enhance both the Graffiti Management Strategy and Mural Program in the city.

“Graffiti is a crime, and it’s not a victimless crime, in fact,” said Johnson, noting how graffiti results in costly damage private and city-owned property, and can have negative impacts on communities throughout the city.

“For the City of Ottawa alone, we spend over $1 million dollars removing graffiti each year. I believe last year we removed in excess of about 26,000 individual tags right across the city,” said Johnson.

According to the city’s website, tagging is the most common type of graffiti vandalism in Ottawa, and is defined as a signature of some kind which is written or painted.

Johnson said that since Paint it Up! was launched eight years ago, he said, the number of vandalism incidents has been declining annually.

Centretown is now home to 14 Paint it Up! murals. Mashaye said because of the success of the latest mural, Rochester Heights is interested in applying for funding for another project this year.

Applications for Paint it Up! close April 3.

Tags: City of Ottawa graffiti Paint It Up! Rochester Heights