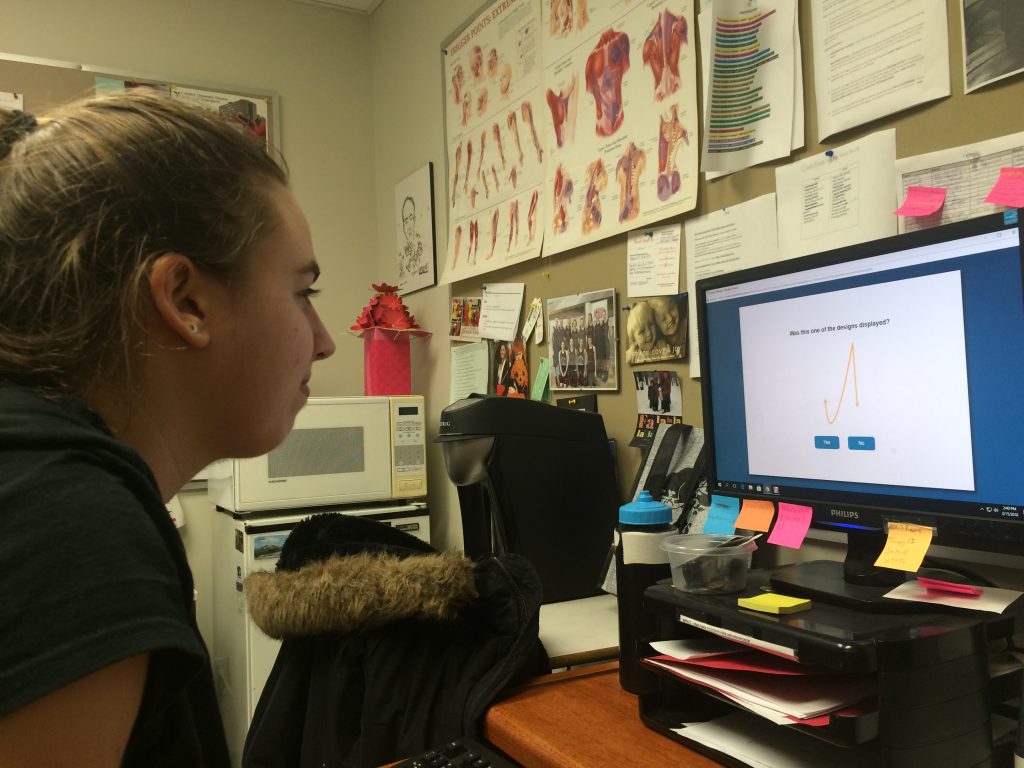 Baseline tests are used to test an athlete’s cognitive functions before and after concussions. These tests are a critical part in ensuring brain safety in sport across the board. Photo by: Ellen Spannagel, Centretown News.
March 27, 2018

For Vivian Achor, captain of the Immaculata High School girls’ rugby team, Ontario’s new concussion law means coaches will have to put the health of their players ahead of their competitive instincts.

“A lot of the time the coaches don’t really diagnose them, in some cases they tell you to come off and check things,” said Achor. “So it’s good to know they’ll be taking precautions from now on.”

Bill 193, known as Rowan’s Law, was passed on March 6 and establishes mandatory requirements for both removal from and return to sport procedures if an athlete is suspected of having a concussion. This means athletes with concussions will be carefully monitored to ensure they are ready before they return to play.

Concern about human cost of concussions also prompted a rally in downtown Ottawa on March 24. The University of Ottawa Brain and Mind Awareness Research Institute organized a 140-person March for Concussion that involved brain-injury survivors and researchers in raising awareness of the issue.

The new law is named after Rowan Stringer, former captain of the John McRae Secondary School rugby team, who died when she was 17 from second impact syndrome, which occurs after an individual suffers additional concussions before an initial blow subsides.

“It took a lot of work by a lot of people to get the law passed. We think she would be proud,” Gordon Stringer, Rowan’s father, said in a telephone interview with Centretown News.

According to Statistics Canada, 22 per cent of Ontario students reported being knocked out or admitted to hospital due to a head injury in their lifetime.

Aside from mandatory requirements for a return to play process for athletes who suffer a serious impact, coaches and teachers will also be required to review online resources that would help them recognize and manage concussions in players.

In addition, the bill contains a code of conduct for athletes, aimed at minimizing dangerous behavior such as head-shots in sports like hockey.

The bill also designates the last Wednesday in September as “Rowan’s Law Day” in Ontario.

For Immaculata rugby coach Annemaree Peters, the consistency the law may bring is reassuring.

“As coaches we know the safety of our players should come first,” Peters said. “And having this  law in place can help us as coaches and therapists make sure our players are ready before throwing them back in.”

According to Barb Gillie, president of the Barrhaven Scottish Rugby Football Club, not only does the law establish ground-breaking rules for concussion management in sport, but it is also defining of a culture change.

“As a coach on the sideline, you can’t necessarily see everything that’s going on, so it’s about having that culture where no one is afraid to say that someone isn’t doing 100 per cent,” said Gillie. “Our motto has to be: ‘When in doubt sit them out’.”

She said this shift in culture can be seen through certain social media projects, such as the #teamupspeakup campaign.

The BSRFC is currently part of a pilot project organized by Rugby Canada that sees all of its parents and players take an online concussion management course.

For many, however, the work surrounding concussion management in Canada isn’t over yet.

While all 50 states south of the border have concussion regulations, Ontario is the first and only province to pass concussion legislation.

Stringer said concussion legislation in all the other provinces should be a priority for Canadian lawmakers.

“Ontario has done all the heavy lifting, but we have to work for this to be adopted across Canada,” Stringer said. “Concussions happen everywhere.”

Achor said she’s glad the law is for athletes of all sports, and not just contact sports like rugby.

“People in the rugby community may be aware, but for a lot of my friends who play other sports, concussions are also very real and haven’t been looked at in the past,” she said.