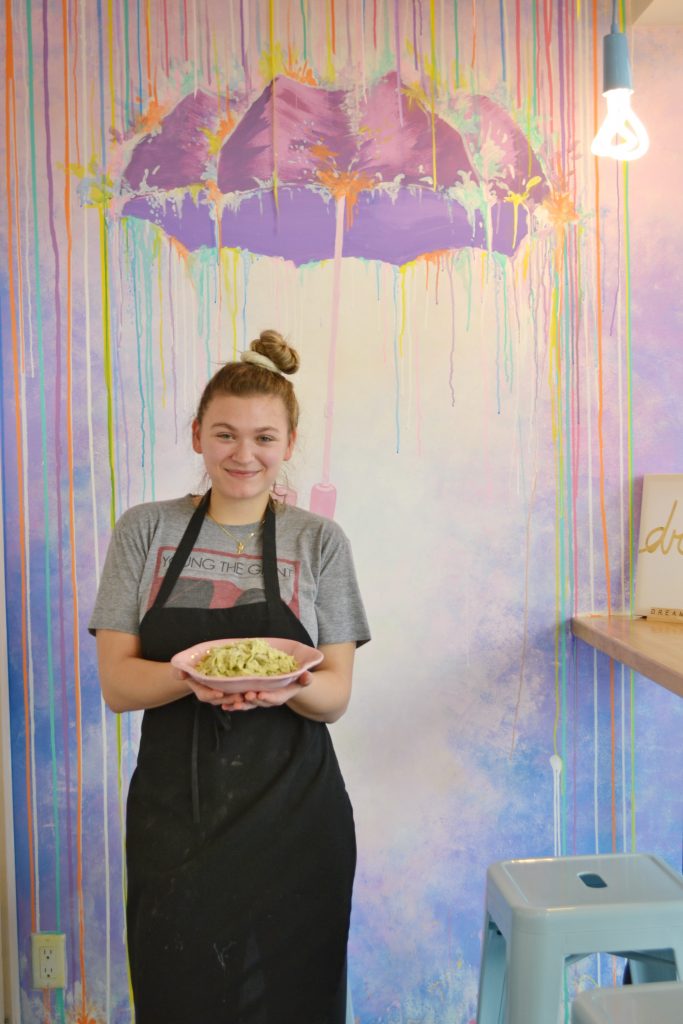 The DreamLand Cafe is opening its second location in Centretown in April, a decision that highlights the ebbs and flows of consumer traffic in the downtown core.

The café on Laurier Avenue was opened last May by two sisters, Marlo and Coco De Leo, who are looking to expand their business in a busier area of Ottawa.

“Once we heard about the spot we kind of thought, ‘Oh perfect’ — we get to be part of such a famous part of Ottawa, especially with Italian food,” said Marlo De Leo.

De Leo said Little Italy is an ideal location to expand their business because the area is much busier on nights and weekends than their current spot on Laurier Avenue.

“We love it here, but it’s just super limited with hours and days of the week, because it’s more of a government area,” said De Leo. “There’s not a lot of people walking around on the weekends or late at night, so there’s not a lot of opportunity for that.”

Many businesses in the downtown core have traditionally been challenged by the feast-or-famine nature of consumer traffic, which is heavy during the day because of the presence of tens of thousands of government workers in federal office buildings, but very light after 5 p.m. and on weekends.

A recent public symposium on the future of Sparks Street highlighted the challenges confronting many downtown merchants.

City of Ottawa policies promoting condo construction and residential intensification in the downtown area – largely aimed at reducing the infrastructure and environmental costs of commuting from the suburbs – are also intended to revitalize commercial life in the centre of the city by boosting the downtown core’s resident population.

Meanwhile, the rehabilitation of Preston Street in recent years, along with an influx of commercial and residential newcomers to Little Italy, has injected fresh energy into that area.

Antonella Ceglia, marketing and event manager of the Italian restaurant La Roma, said she has seen a lot of change in Little Italy since the restaurant opened more than 20 years ago.

“Preston Street went through a phase where it was sort of a destination place where people would go to dine . . . But now, especially more than ever, it really is becoming more of a neighbourhood.”

Ceglia said the opening of retail shops and other non-restaurant businesses has transformed Little Italy into more than a just a place to grab a bite to eat.

“It used to be that there was a handful of restaurants and not much else. Now there’s restaurants, bars, cafés and there’s boutiques…so it really attracts a wider clientele than it used to,” she said.

“In terms of a destination, we’re really seeing in tourism an increase in the trend of living like a local or wanting off-the-beaten path experiences, especially with millennials travelling.”

It’s a trend reinforced by the rise of Airbnb, so that visitors to the capital are not only staying in downtown hotels, but also local residents’ homes.

Thomson said Preston Street is still an ideal location for tourists, due to its close proximity to many popular Ottawa landmarks.

“It’s located right by the Rideau Canal, so during Tulip Festival time or during Winterlude when there’s skating on the canal, it’s in a really advantageous spot for visitors to visit the area and grab lunch or do some shopping.”

The DreamLand Cafe currently serves Italian food items but has a limited menu. De Leo said the new location on Preston Street will allow them to expand their menu and obtain a liquor licence.

Due to the high number of restaurants on Preston Street, competition for customers can be difficult. Ceglia said La Roma focuses on maintaining a consistent product while also adapting to change.

“We’ve remained sort of ‘contemporary Italian’, and as the neighbourhood has changed and as the competition moves in, obviously we’re always trying to find new ways of being on top of our category.”

De Leo said owning a café in Little Italy has always been a goal for the two sisters, adding they’re excited to be a part of the Italian tradition that is famous in the area.

“It’s an awesome, upcoming street … It’s so much fun and festivities are always around there, so it’s a great spot.”