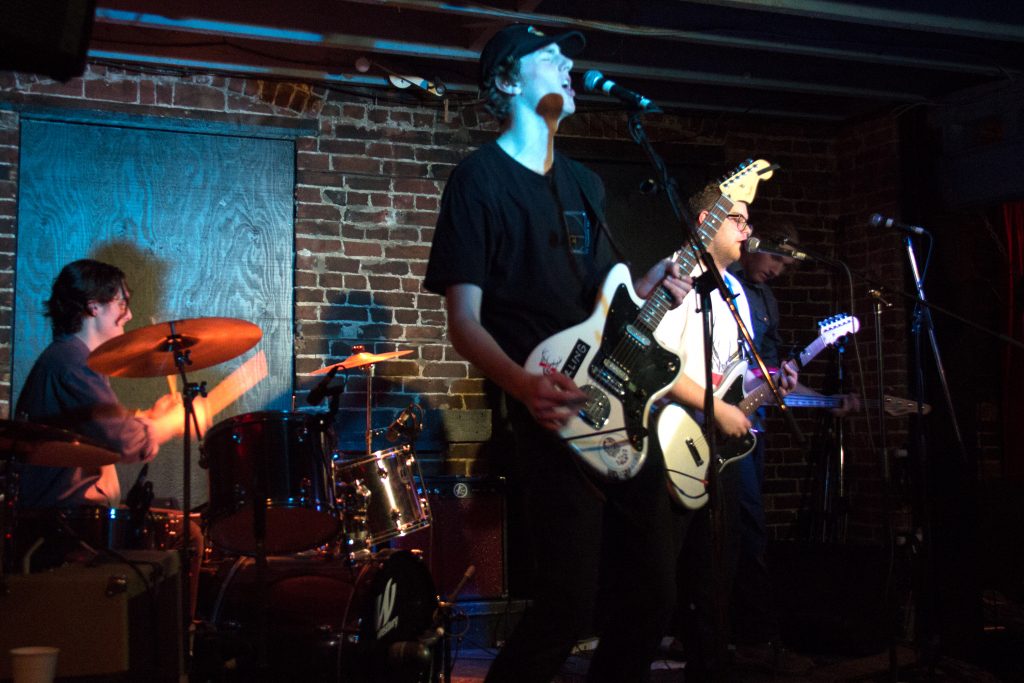 Ottawa would play host to a new music awards night and a music hall of fame by 2020 if the Ottawa Music Strategy — an ambitious vision to promote the capital as a world-class “music city” — proceeds as planned by city councillors and local members of the industry.

Those were among the key recommendations laid out in a detailed music strategy recently approved by the city’s finance and economic development committee, and which was expected to be backed by full council this week.

Laid out within the strategy is a vision of what Ottawa could look like by 2030: the most “inclusive” music city in the world, with live music every night, more music-savvy residents who can list their favourite local artists — and local artists who can make a decent living in their chosen profession.

“It’ll be that we’re not just competitive, but we’re leading on a national stage,” said Nicole (Nik) Ives-Allison, the general manager of the Ottawa Music Industry Coalition and founder of the Ottawa-based micro-label Matchless Minds.

During JUNO Week in late March and early April 2017, the city announced its first investment of $30,000 in the creation of the music strategy.

A 15-member task force was put together, along with focus groups and a citywide survey, all strategizing towards turning Ottawa into a music city — the kind of reputation commonly associated with Nashville or Austin in the U.S.

The immediate fruition of those efforts was a report delivered to city councillors in early April. If approved as expected by full council on April 11 (just after this issue of Centretown News went to press) the report would serve as the blueprint for the “music city” quest, which has been championed by Ottawa Mayor Jim Watson.

Several of the members of the task force are part of OMIC, which hired Ives-Allison last May to lead the coalition’s own role in the planned transformation of the city’s musical landscape.

“We’ve already started undertaking a lot of the initiatives that are recommended in the strategy,” said Ives-Allison.

In November, the collective launched the LOVE LOCAL MUSIC campaign, which produces a podcast, playlists and a newsletter featuring Ottawa artists. The City of Ottawa has also implemented an annual #ottmusik competition that invites local musicians to compose tunes played while callers are on hold for city services.

Funding for OMIC itself is one of the main recommendations in the strategy, The task force is requesting that OMIC receives $100,000 per year for three years to continue growing music in Ottawa.

To members of the local band Pointless Aesthetics, growth in the music scene would be welcomed with open arms.

The band played a show at Café Dekcuf on Rideau Street on March 30. Band mates Jesse Seheult and Mitch Sawyer said creation of the music strategy is an exciting moment for the city.

Both said that while they love small venues at this stage in their music careers, Ottawa doesn’t really offer an ideal next step for local performers.

Ives-Allison said the task force is currently working with the city and private stakeholders to create these kinds of venues, but was unable to comment further.

Along with additional performance venues, the Ottawa Music Strategy suggests potential spots for an Ottawa-Gatineau Music Awards and Music Hall of Fame.

Specifically, Library and Archives Canada on Wellington Street and the National Arts Centre on Elgin Street are mentioned as potential homes for such attractions.

But Ives-Allison said the suggestions are mainly meant to convey the scale if the ideas, not necessarily the actual locations.

Seheult had mixed feelings about the proposed awards night.

“Positively it will make the music culture of Ottawa more vibrant, but at the same time, negatively, it will create a tougher environment for entry of any up-and-coming band,” he said.

But Mark Monahan, the Bluesfest director and president of OMIC, said the music strategy is meant to help up-and-coming bands find a platform.

“I think we need awareness of the talent that is here and to find a way for them to reach the public,” said Monahan.

Ives-Allison said advocates are working hard to bring recognition to the diversity of the bilingual, Indigenous and experimental music Ottawa has to offer.

“I would hope,” she said, “that we would have the most diverse, inclusive, and innovative music scene in the country.”