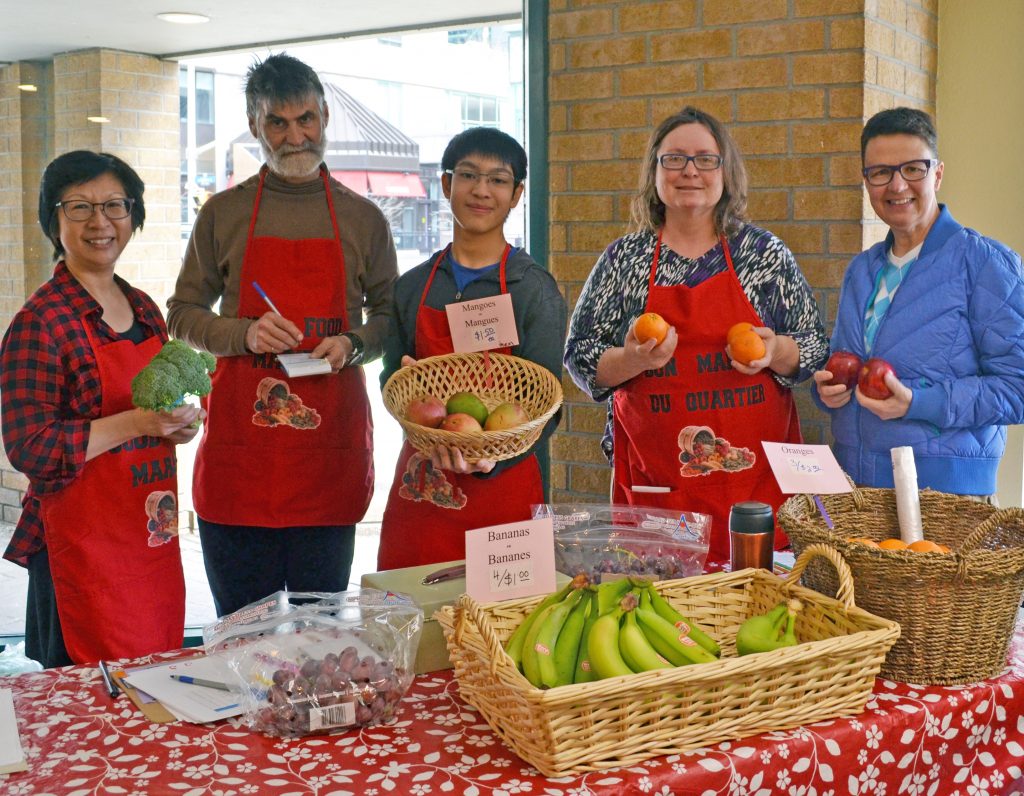 When Mary Young enters the Ottawa Community Housing building at 450 Laurier Ave. W., residents sitting on couches in the common room call out to her in excitement about the Good Food Market that had recently taken place. They ask when the next one will be.

She smiles and replies that it will be held in May.

Young is the coordinator of an initiative that delivers fresh produce to communities that lack easy access to healthy, fresh fruits and vegetables at affordable prices.

The pop-up market has been a monthly fixture in this building since 2012, but it may soon come to an end.

According to Young, this particular market is backed by a three-year grant that is running out. “We’ve tried applying again, but we have not been successful in renewing the grant,” she said.

Young said one of the reasons for this is that the market no longer fits the criteria for a grant from organizations like the Ontario Trillium Foundation and other community foundations.

She said this is because the issue of food insecurity has fallen off the radar of politicians in recent years.

“It was out there and it was an issue that everyone touched upon,” she said. “And then something else came along.”

At the height of the attention around food insecurity, Kaitrin Doll was at the forefront of creating progress. At the time, she was the community engagement coordinator for the Anti-Poverty group, the parent organization for the market. Her role was to create a city-wide initiative focussed on issues identified by residents, including barriers to access.

“What kept kind of resurfacing was this idea that people who were experiencing poverty were not able to access healthy, nutritious, fresh food,” she said. “There was some momentum around the idea of coming together and implementing . . . community projects that would ultimately help increase access to healthy food.”

This idea became a reality in 2012 with the first market appearing at 450 Laurier. According to Doll, within two years the project grew into 12-15 markets across the city.

But the movement has been reduced to four locations due to lack of funding.

“There doesn’t seem to be a lot of appetite  . . . to provide funding for coordination of events,” said Doll, “which is really unfortunate in my opinion.”

Doll said the markets have been successful. According to a recent survey by the GFM, 89 per cent of respondents found the prices reasonable and 83 per cent were satisfied with the market.

Fatiha Djama Ali began attending the market at 450 Laurier since she moved into the building in 2016. She said it has been a big help in offsetting the cost of feeding her family of four, as the nearest grocery store can be expensive.

“The market is cheap and (has) really good food,” she said. “I said to Mary, when is our next one? But she can only do once a month. We wish to have it every week!”

Young said there is funding for the rest of the year, but it could potentially be the end for the market. She said they will continue to look for money by lobbying the city.

“I don’t think it’s off the table,” she said. “I think that food security is on the radar of our government, I just don’t know if they’ve put dollars to that important piece.”