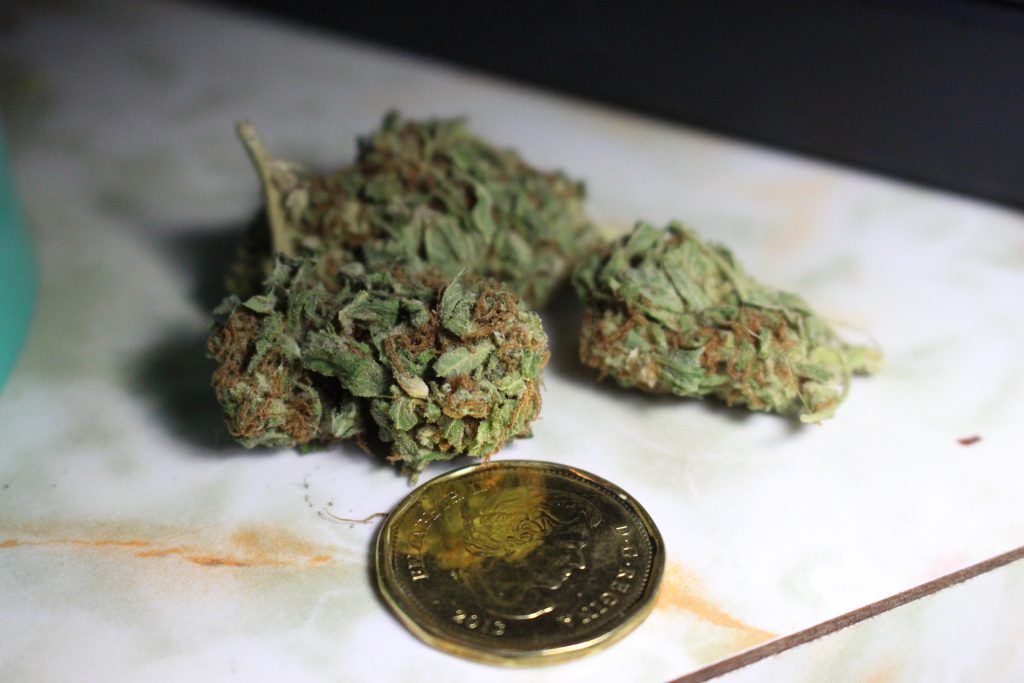 While the Senate continues debating the Cannabis Act, people just outside the Parliament Buildings will be puffing on joints during the last 4/20 pro-pot rally on April 20 before marijuana is legalized in Canada. To some, this 4/20 may seem like a big deal, but one Centretown dealer said he isn’t worried about legalization putting him out of business.

Speaking on condition of anonymity, the twenty-something dealer said he was convinced business won’t be going anywhere once cannabis is legalized, and said if the government’s prices for the drug are higher than his, “I don’t know who wouldn’t come buy from me.”

The base rate for cannabis on the street, the dealer said, is $10 per gram, with a recurring discount offered depending on how much a client buys. “But most people want to just buy like two grams per day,” he said. “Those are the best people, because I get the best possible revenue of them since I’m not giving them any discount.”

Having to compete with the black market is something Don Briere, president, owner and CEO of WEEDS cannabis dispensary, said he is well aware of. Briere warned that if the government over-prices cannabis, fuelling the black market won’t be the only repercussion.

“If they over-price it by over-taxing it, what they’re doing is chopping jobs,” he said in a phone interview. He said his British Columbia-based business employs more than 200 staff in provinces that allow private and/or private and government sale of cannabis, including the Centretown WEEDS location on Bank Street.

The parliamentary budget officer did acknowledge the danger of pushing business towards the black market in a 2016 report on the fiscal considerations of legalized cannabis. He said whether people buy legally or on the black market will come down to price.

To encourage as much participation in the legal cannabis market as possible, the PBO report suggested an estimated after-tax price of $8.41 per gram in 2018, which the budget officer projected will also place downward pressure on black market prices.

The officer’s report also cited a study from Washington, DC, which asked respondents how much of a premium they would be willing to pay for legal cannabis.

This sentiment may extend to some in Centretown, as well. Marijke Roest, a third-year Carleton University student, said she “probably wouldn’t consider buying from the black market even if the prices are better.”

“I feel like I would just have more trust in the government,” she said.

Cannabis is slated to be legalized across Canada this summer, and its sale and distribution in Ontario will be overseen by the Liquor Control Board of Ontario.

According to the Ontario government website, 40 stand-alone cannabis-only stores will be open in Ontario for the first day of legalization, 80 stores by July 1, 2019, and 150 stores by 2020.