2 weeks ago 0 1 min read
We use cookies to provide a personalized experience for our users. By continuing to browse this site, you give consent for cookies to be used.
Got it!
Home > Community > LGBTQ2S+ > Artist creates safe space for creative disability advocacy in virtual event 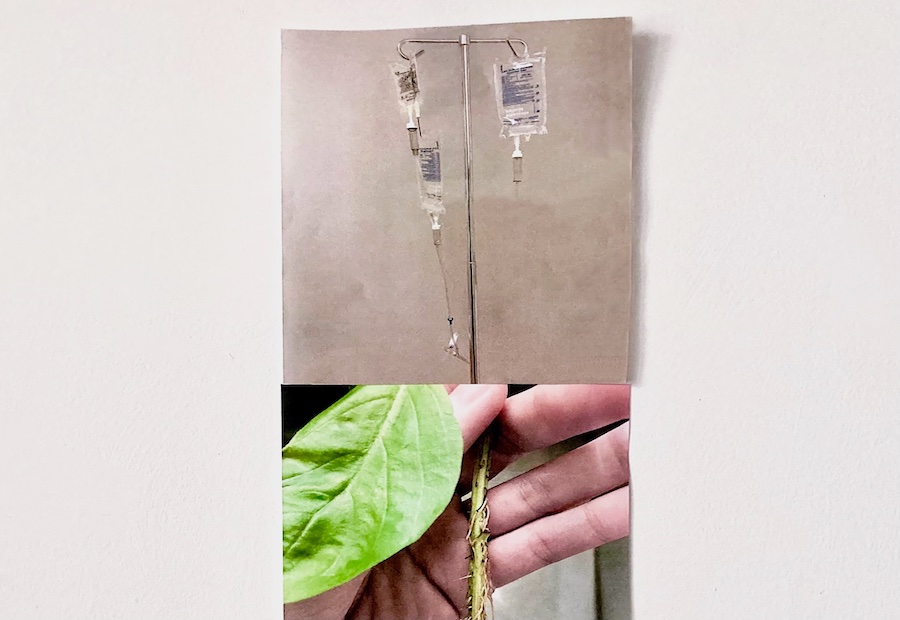 Sarah Mihara Creagen is an artist based in Toronto. Her work involves research into botany and how it intersects with histories of the medical system. She delves into these topics using her own personal experience of being queer and living with chronic illness. This work, titled "Biologic Roots," is a studio work in progress. [Photo © Sarah Mihara Creagen]
Arts & Culture

By MalisaThoudsanikone, 1 month ago 0 5 min read

As a queer, biracial and disabled artist, Sarah Mihara Creagen is constantly building an alternative reality with her work.

In that alternative reality, disabled bodies are humanized and seen through the lens of plants. Artists seeking community from the comfort of their own space can find one another and bond through shared experiences.

Attendees were nestled on their couches or sitting in the comfort of their rooms, as Creagen shared her story about living with Crohn’s disease — a gastrointestinal condition in which the body attacks normal, healthy cells — and her journey of finding escape and relief through studying plants.

“I feel like the more vulnerable or brave I can be in my art, it gives folks an avenue to share things happening with them and to feel like they can be brave about these stories, too,” said Creagen.

To show the connection between plants and disability, Creagen focused her lecture on the process of bioremediation. According to Creagen, bioremediation uses micro-organisms such as bacteria, plants and fungi to heal contaminated environments.

Creagen uses bioremediation as a means to visualize the relationship between toxins, such as medication, that we put into our bodies, and the healing they produce, but also the side effects they may cause that damage the body.

The cycle of taking medication, recovering from an illness and tackling new health struggles is reflected in Creagen’s work.

Creagen developed her work two years ago when she was ill and living with her mother. What began as a few bottles on her mother’s window sill blossomed into an expansive collection Creagen could build on with her own creativity and imagination.

Plants inspire Creagen to remain hopeful, as she watches them shed and lose their parts only to grow and flourish later on.

Being able to express her experiences using botany has essentially helped Creagen through years of being weighed, sitting for blood tests and delivering stool samples to her doctor.

“Our experiences with doctors can be so dehumanizing,” said Creagen. “You’re not being heard, you’re being dismissed, and you’re on a slab where people look and talk about you like you’re not there, or they’re treating your body like this thing that’s to be poked, prodded and tested.”

These challenges ultimately gave rise to Creagen’s passion for art, botany and creating a safe space for artists in a similar situation.

“I feel very grateful to have art because it’s like this tool to be able to create an event, to have a project and invite people in.”

Emma Callbeck, one of the attendees at the November workshop, left the event with a sense of relief. Over the years, Callbeck has had to advocate for her own mental and physical well-being in the face of doctors who have dismissed her concerns.

“Medical trauma is a very real and prevalent issue that not enough people talk about,” said Callbeck. “An event like this creates accessible spaces where individuals can find community and validation.”

Creagen specifically designed the event to be virtual to make it accessible for everyone who wanted to attend.

“I wanted to set the workshop up in a way that felt safe for me to join and safe for the community I want to find.”

Creagen’s event is a part of “Disruptions: Dialogues on Disability,” a program the Carleton art gallery started in 2018 to encourage conversations about the power of contemporary art to challenge ableism.

Fiona Wright, a program coordinator at the art gallery, developed the series with Michael Orsini, professor of critical disabilities at the University of Ottawa. Wright thought of designing the program after reflecting on the ableist legacy of Carleton University’s art gallery. In the past, there would be a lack of seating for those in need, and the font on extended labels wasn’t accessible for those with visual impairments.

To this day, Wright continues to break as many barriers to accessibility as possible in the art gallery.

Wright wanted to host an event with Creagen after reading about her work and her ideas on the art blog, Akimblog. Wright personally gravitated towards Creagen’s work because it highlighted the struggles of having a chronic illness, struggles Wright’s loved ones have also experienced.

In turn, Wright wanted to include Creagen in the program to create a safe space to discuss art, disability and to inspire other artists.

When Creagen was asked to give a piece of advice for aspiring artists, she pushed the idea of patience and perseverance.

“Be kind to yourself. Our art production, and our way of moving in the world might be slower at times, but don’t stop making work or putting yourself out there even after receiving rejection because your work is the kind I want to see.”

In 2023, Creagen will put on a show at Forest City Gallery in London, Ont. She and fellow queer herbalist, Zoe Hayes, will be creating an active public bioremediation garden project.