4 days ago 0 4 min read
We use cookies to provide a personalized experience for our users. By continuing to browse this site, you give consent for cookies to be used.
Got it!
Home > Sports > Big bats and a better bullpen: Here’s how the Blue Jays earned a playoff berth 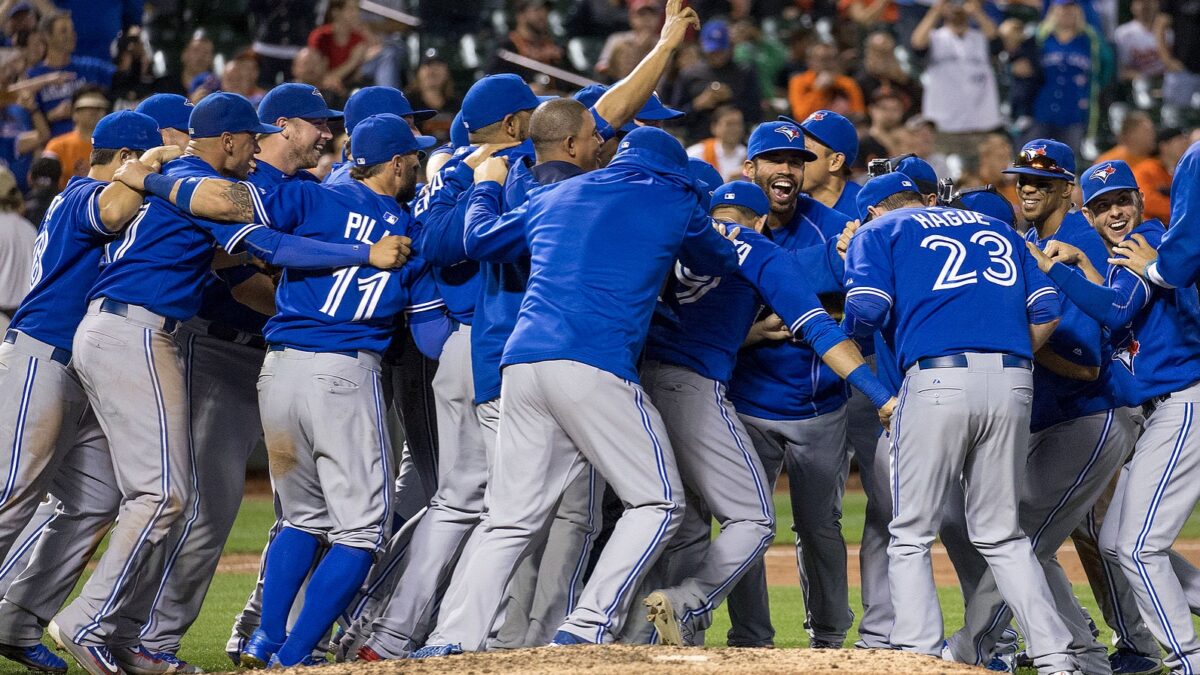 Big bats and a better bullpen: Here’s how the Blue Jays earned a playoff berth

Despite their loss to the New York Yankees on Sept. 28, the Blue Jays have clinched a wild-card playoff berth — their first post-season appearance since 2020 — thanks to a Baltimore Orioles’ loss to the Boston Red Sox Thursday afternoon.

Now the Jays’ have six games left and are five wins away from clinching the American League’s top wild-card position, which would give the team a home playoff game for the first time since 2016.

Now that they’ve qualified for the playoffs, this exciting core of young, talented players has the potential to show the baseball world what they’re made of and, perhaps, advance far in the postseason.

How did they get here? Let’s take a look at the challenges they’ve overcome over the past two seasons and the key steps the team took to make it to the big dance.

Last season, the team finished fourth in the AL East with a 91-71 record, a game back of both the Yankees and Red Sox, tied at 92-70. As a result, the Jays became one of the best teams by record in the wild card era (1994-present) to miss the postseason.

Despite being painfully close to the playoffs in 2021, there were clear problems that caused them to miss out — particularly their bullpen. The Jays had the 16th-best bullpen in the American League last season, giving up an ERA (earned run average) of 4.08. Combining to give up more than four runs per game is not great — but it gets worse.

The Jays finished in the bottom seven in Major League Baseball with only 34 saves. Consider what that means. A pitcher earns a save when he enters the game in the ninth inning with a lead of no more than three runs and preserves the win by pitching at least one inning without losing the lead.

The Blue Jays also were dead-last in MLB with 60 holds. That’s when a relief pitcher enters the game with a lead of three runs or less and maintains that lead while recording at least one out before handing off to another reliever or when he enters the game with the tying run at bat or on base and gets the out.

The Jays’ bullpen allowed 258 runs late in games throughout the 2021 season, which cost them a ton of leads and many wins. In short, the team’s rescue unit was not reliable.

This year, pitchers such as Jordan Romano, Yimi Garcia, Tim Mayza, Adam Cimber, Anthony Bass and Zach Pop have all been closing out games more efficiently, recording more saves and giving up fewer runs in later innings. Their collective ERA has slightly improved this season to 3.95, tied for 16th best in the American League. They are recording more holds, giving up fewer runs and blowing fewer leads late in games. They are tied with the Orioles for the ninth most saves in the league with 43, much better than last season with a half-dozen games left to go. It’s far from perfect, but it’s a much-improved unit of closers.

While the Blue Jays did have an elite group of starting pitchers before the Aug. 2 trade deadline — with the likes of Kevin Gausman, Alek Manoah, Jose Berrios, Ross Stripling and Yusei Kikuchi — the unit began to struggle in the middle of the season. Most frustrating has been Kikuchi, who could never find his rhythm and was ultimately moved to the bullpen while Mitch White — picked up from the Los Angeles Dodgers at the trade deadline — moved into a starting role.

Fans complained about the lack of starting depth

Many Blue Jays fans have complained that the team should’ve brought in another starter at the trade deadline. But General Manager Ross Atkins didn’t do so. As a result, when Kikuchi started to falter and when Manoah and Gausman had their occasional off night, fans started to worry about extended periods of poor performance. An injury to one of their pitchers could have led to a depleted rotation and serious troubles in the crucial final stretch of the regular season.

The Blue Jays have enjoyed great production from Alek Manoah, Kevin Gausman and Ross Stripling. Jose Berrios has struggled on occasion and White has been just mediocre. Still the starters have combined to get the team more strikeouts, more leads late in the game and more wins. There have been periods of struggle for the pitchers, but there have also been good stretches of the season when they were excellent. Overall, the team’s starting pitchers have been good this year, and not acquiring an additional starter at the trade deadline hasn’t cost them — at least not yet.

The Jays’ offence is performing at a high level and the team has been getting consistent production from everyone, especially the young stars. Last season, Toronto finished second in the league with a .266 team batting average and led the league in home runs, cranking a franchise record of 262 homers — 43 of which came from Marcus Semien. He broke a 48-year-old record for the most home runs by a second baseman in a single season. Vladimir Guerrero Jr. led the team with 48 home runs in 2021, tied for the league lead.

It was tough to lose Semien’s production to the Texas Rangers this year because it meant other players would have to step up. For the most part, the Jays’ offence didn’t skip a beat.

This year’s Blue Jays lead the league in team batting average at .260 — a bit lower than last season but still impressive. They also rank sixth in scoring with 736 runs, are second in the Majors in hits with 1,390, rank eighth overall with 190 home runs, and fourth — 719 — in runs batted in (RBIs).

While the Jays’ home run total has decreased by 72 (largely accounted for by Semien’s lost production and Guerrero having 18 fewer smashes this year), the team’s hit and RBI totals have increased — a promising result for a young offence.

Overall, the Blue Jays have improved significantly from last year, especially in the bullpen. Starting pitching has been solid and the offence has been electric.

Toronto’s wild card series, which will likely see the team face Tampa Bay or the Seattle Mariners, will be a tough battle against a talented opponent. However, if the Jays’ offence stays as productive as it has been all season, they should be able to build sturdy leads and keep playing well into October.

Defensively, if they limit throwing errors in the infield, and if their pitching can remain in good form, the Jays could have a truly memorable postseason run. By avoiding walks, wild pitches and other mistakes, keeping a lid on opponents’ runs long enough to give the Blue Jays’ powerful offence time to click, and then protecting late leads, it’s not far-fetched to imagine that Toronto will not only win their wild card series but also threaten to take the AL Division Series likely against Houston.

They could even make a trip to the AL Championship Series. And who knows? Maybe the Jays can reach the World Series for the first time since they won baseball’s ultimate prize in back-to-back years in 1992 and 1993.