4 days ago 0 6 min read
We use cookies to provide a personalized experience for our users. By continuing to browse this site, you give consent for cookies to be used.
Got it!
Home > News > Ottawa > Delayed construction of city pumping station creates headaches for residents of Old Ottawa South 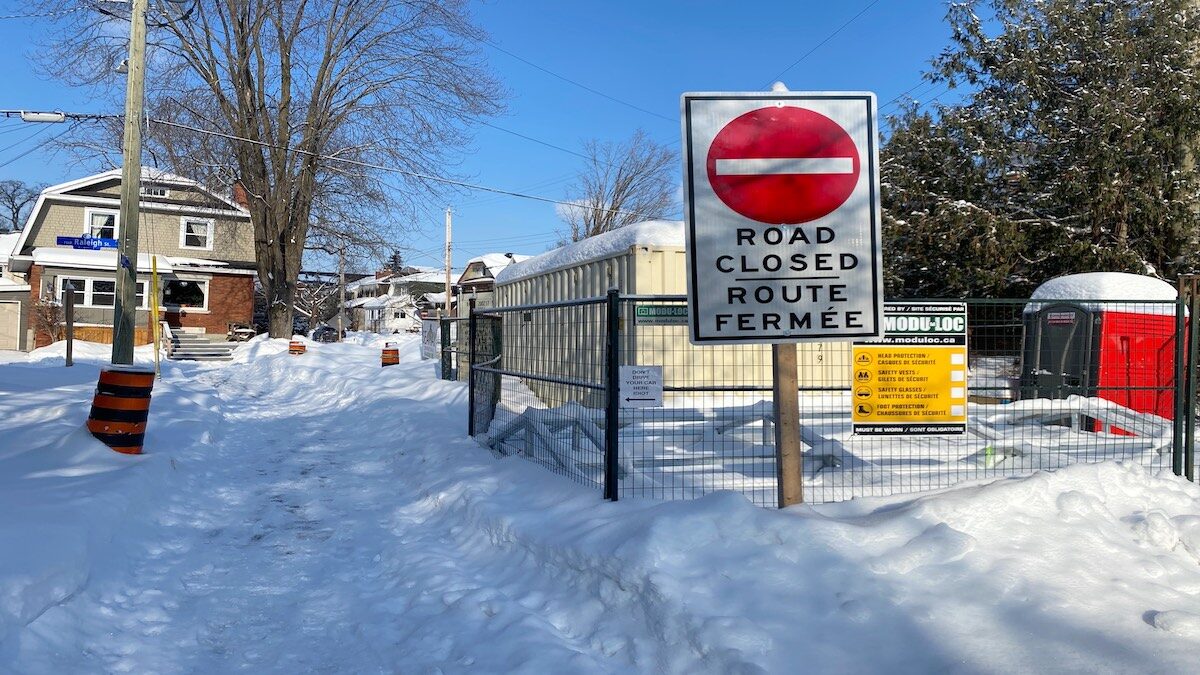 A delay in a sanitary pumping station in Old Ottawa South is causing headaches for residents that could last for many months.

In August 2021, the City of Ottawa began building the station at 29 Harvard Ave., one block west of Bank Street and near the Rideau River across from Billings Bridge.

The work will increase the station’s pumping capacity so it can handle storm and meltwater flows in the spring. The construction, taking place at the intersection of Harvard and Raleigh Street, was to be finished this past December.

“We’ve been experiencing some supply chain delays on a bunch of different projects across the city. It’s not just the Harvard Avenue one.”

However, supply delays have delayed completion until fall 2022.

The City of Ottawa’s website says the $3.2-million project “involves the demolition, removal, and replacement of all existing external equipment attached to the station.” This includes control panels, mounting structures and a fence.

Although construction began five months ago, work remains in Stage 1 of three phases. And the delay is creating problems, say local residents.

In the summer, a tree was cut down in front of Emilie Lashley’s house because workers said it was uprooting the sidewalk and a cause for concern. The area was torn up but reconstruction of the sidewalk has not happened.

Construction has also created parking issues on the street, and significant snow accumulation in the second half of January is making it worse.

“Our snowbanks have now made our driveways twice as long and we do not have access to a sidewalk. There are people with mobility issues on this street and plenty of children,” she said.

“I’m not confident the city, or contracted workers, have a plan in place to effectively and quickly manage any challenges given the responses they’ve had so far in resolving other issues I know residents have brought forward,” she said.

Capital Coun. Shawn Menard said he has spoken to residents about the supply delays that are causing the prolonged construction.

“We’ve been experiencing some supply chain delays on a bunch of different projects across the city,” said Menard. “It’s not just the Harvard Avenue one.”

He explained that the trouble has been caused by shipping delays and previous workforce stoppages.

The COVID-19 pandemic is a key factor.

“It might just be one part of a larger component that has created this in multiple infrastructure projects as well as increased costs,” said Menard. “I think that’s the main culprit — is COVID and supply chain delays.”

Along with parking problems and challenges to move along the street, the project has also created a lot of construction noise, said Lashley, a student at the University of Ottawa.

“It’s been quite disturbing recently as they’ve started doing night construction,” she said. “It can be distracting with schoolwork and for other household activities.”

Only in the last week of January did residents receive a pink slip of paper labelled “notice to resident.” This notice, however, only explained why the construction has been delayed. Menard agreed that prior notice needs to occur if night construction continues.

A city bylaw states that loud noises caused by residential construction are allowed to occur from 7 a.m. to 8 p.m. between Monday and Saturday.

IN THE NEWS: Wednesday, Feb. 9