1 week ago 0 9 min read
We use cookies to provide a personalized experience for our users. By continuing to browse this site, you give consent for cookies to be used.
Got it!
Home > News > Ottawa > Complaints about fireworks skyrocket during pandemic, spark city review of rule-breaking in celebratory displays 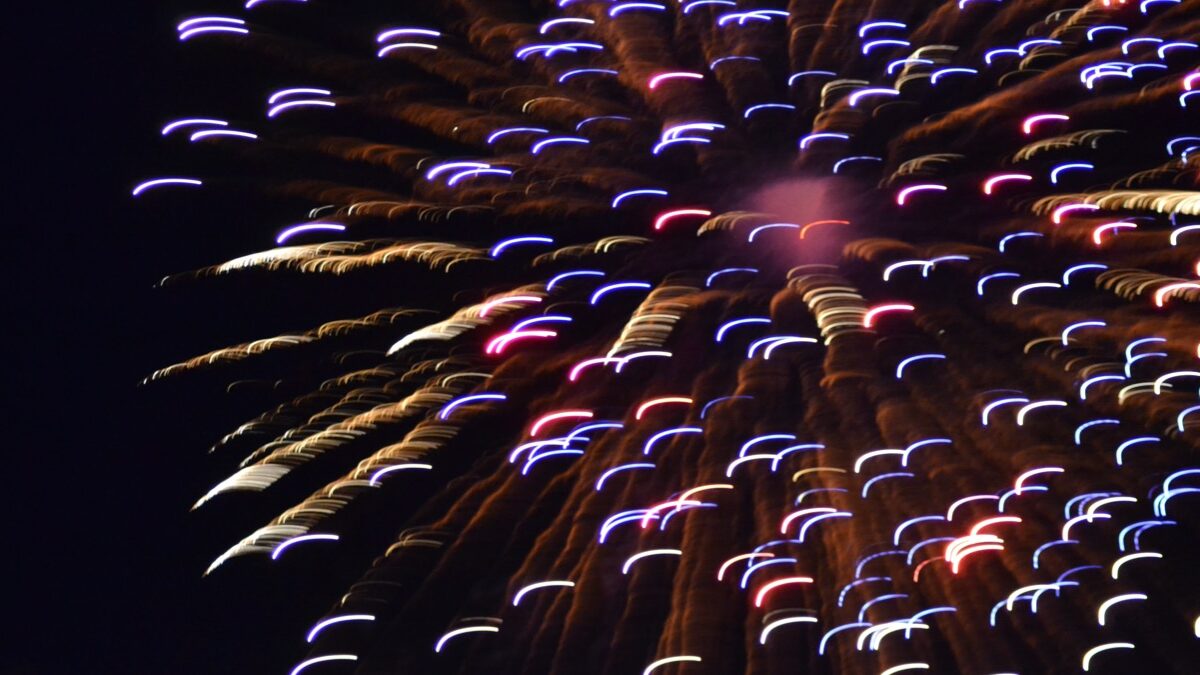 A long-exposure image of fireworks exploding on Canada Day 2021. The City of Ottawa has been probing the sharp rise in complaints about the use of private fireworks over the past two years. [Photo © Abigael Lynch]
Community

Ottawa has experienced a surge in the number of complaints about fireworks being set off by residents, prompting two councillors and a fire official to express concern about the risks associated with the celebratory displays and the need to increase awareness of bylaws restricting their use.

“This year, we saw a significant increase from a couple of complaints to dozens,” said Kitchissippi Coun. Jeff Leiper. “People didn’t just reach out through official channels. They also reached out to their councillors through social media.”

In fact, the number of formal complaints skyrocketed from fewer than 40 in 2018 and 2019 to nearly 180 this year. There was also a sharp increase in complaints in 2020 — which saw close to 120 local residents alert the city to concerns about fireworks exploding outside of permitted times.

City officials blame the pandemic. It may have sparked a significant increase in the number of people purchasing and igniting fireworks because Victoria Day and Canada Day celebrations were curbed in 2020 because of COVID-19. And Canada Day events were largely cancelled in 2021 in the wake of the discovery of hundreds of unmarked children’s graves at former residential school sites across Canada.

“There was an increase over previous years in fireworks-related complaints received by the city during the Victoria Day long weekends in 2020 and 2021, and that the increase was likely attributable to the impact of COVID-19 pandemic restrictions, which resulted in very few of the usual celebratory activities for residents,” a recent city report concluded. “Subsequently, there was also an increase in fireworks-related complaints for Canada Day 2021 likely for the same reason.”

The report added: “This trend of increased fireworks-related complaints can likely be attributed to the cancellation of professional fireworks displays, the requirement for people to gather in smaller groups during COVID-19, the Provincial Stay-At-Home Orders, and a desire to celebrate during a lengthy pandemic.”

In Ottawa, residents are governed by Bylaw No. 2003-237, better known as the fireworks bylaw.

According to the bylaw, those wishing to discharge consumer fireworks can only do so six days a year without repercussions. These are the day before, of or after Canada Day and the day before, of or after Victoria Day. Those planning private displays are also required to obtain a permit from the city’s fire department and are prohibited from igniting the rockets in public parks.

After the spike in complaints following Canada Day this year, Leiper and Somerset Coun. Catherine McKenney asked city officials about the scope of the problem and about possible steps to curb it.

The issue was addressed at a community and protective services committee meeting via Zoom on Sept. 16. City officials concluded the surge in the number of complaints is temporary but said they would monitor the situation.

Jimmy Fata, the assistant division chief of fire investigation with Ottawa Fire Services, said that educating local residents about the rules surrounding the use of fireworks is the biggest challenge.

“I would say that less than 20 per cent of the population actually know about the fireworks bylaw, and that’s a problem. Those who know about the bylaw either don’t care or think they can get away with it. This year we got lucky. Of all the complaints we received, only two resulted in serious fires.”

When asked about the city’s social media campaign to alert residents about bylaw restrictions, Fata said: “It is hard to pick a platform and rely on it to get the message out. No matter what you choose there will always be people the message doesn’t reach.”

He added: “Maybe the commercial locations selling them closer to the holidays where setting fireworks off is allowed should have a partial responsibility for informing consumers of the bylaws and regulations surrounding them.”

Fata noted that, “no matter how you spread the message there will always be those who are negligent and juvenile in their usage of fireworks.”

“The noted increase in improper fireworks use during the Canada Day holiday period in
2020 and 2021 can be considered a temporary phenomenon,” the staff report concluded. “It is anticipated that call volumes will return to pre-pandemic levels once COVID-19 restrictions are fully lifted and normal celebratory activities resume.”

Leiper said for now there are no changes coming to the current bylaw. “We aren’t pushing for regulatory change as the city thinks that the excess of discharging of fireworks is due to COVID-19 stopping Canada Day celebrations.”