5 days ago 0 3 min read
We use cookies to provide a personalized experience for our users. By continuing to browse this site, you give consent for cookies to be used.
Got it!
Home > News > Ottawa > Going for Bananas: Orleans rallying behind Black-owned business after city rejects bid to operate on Petrie Island 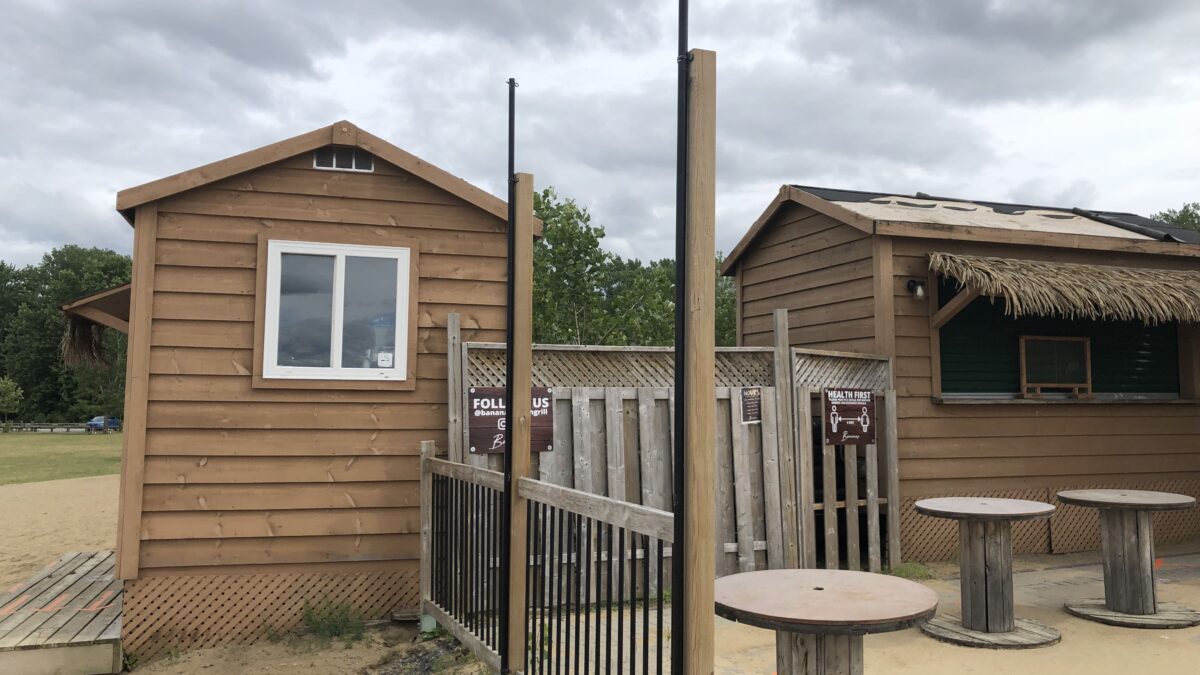 The Orleans community is rallying behind Bananas Beach Grill & Rum Shack at Petrie Island after the owners announced they would close this summer because the city of Ottawa rejected their re-application to operate.

A petition has gathered more than 3,000 signatures all in support of the small Black-owned business.

Trevor and Jewel Mason, co-owners of Bananas in Orleans, found out in late May that they would not be returning to the location they built themselves on Petrie Island. They applied in February to an open procurement process with the city because their contract was ending in March. One other business applied and it was selected instead to open this summer.

After the decision the Masons took to Facebook to share their story. A few members of the Orleans community saw the post and started a petition at the beginning of June to show their support. Since then, it has been shared to various community pages and continues to collect signatures.

In their statement, the Masons expressed confusion about the city’s decision.

“We operated a successful business despite three floods, a tornado, countless break-ins and yes, a global pandemic,” the statement says.

According to Orleans Coun. Matthew Luloff, the couple are pillars of the community.

“I’m so appreciative of the contributions that they’ve made to this community that I was an active supporter of their application,” Luloff says.

As a Black-owned business, the Masons said in their statement that they’ve endured “relentless roadblocks.”

Luloff says that, while he doesn’t think race was a factor in the city’s decision, diverse business owners need to be more heavily considered. New entrepreneurs and small business owners need equal access to resources to compete, a service he feels the city should help develop.

“What I do want to ensure is that diverse groups have access to all the same resources,” he says. “And to ensure that there are supports for new businesses and new entrepreneurs to be able to compete at the same level as established businesses.”

Tracey McGarry, director of complexes, aquatics and specialized services with the City of Ottawa explained the procurement process in an emailed statement. She says that Bananas expressed interest in continuing their contract. After opening in 2014, Bananas’ contract allowed for a three-year contract with two two-year extensions. These ended in March 2021.

Two businesses applied to operate on the location, Bananas and Baja Burger.

Baja Burger has locations at Britannia Beach and Mooney’s Bay. Their application was accepted, but Luloff wonders how much the city considered community engagement when making the decision.

“I have questioned how strongly that was rated. I think that is far more important than the financial benefits coming back to the city,” says Luloff.

McGarry said in a statement that each application is reviewed by a panel and evaluated based on a set of criteria.

“Bananas Beach Grill and Rum Shack has been the home of first summer jobs for our youth, date nights, salsa dancing lessons and fitness events. It hosted cultural events like Carivibe, bringing in thousands of people to learn about our culture, socialize and celebrate,” their statement says.

Its community led events and connections like this that Luloff says need to be considered more in these applications. He worries that a gap will be left in the community.

“I question whether or not the group who won the contract is going to be able to fulfill the hole that’s left behind when such an active and important group no longer has the space to operate,” says Luloff.

When Bananas opened more than seven years ago, Petrie Island had a cart that sold bags of chips, chocolate bars and drinks. The beach was a pile of sand with a less than admirable reputation in the community. Since then, Bananas has opened three trailers: the grill, a bar and an ice cream shack.

“We believe that we built a vibrant destination and community resource on Petrie Island,” their statement says. “We are proud of our accomplishments to date.”

After building this destination from the ground up, Bananas describes their venture as “rewarding.” The decision that came “was a tremendous shock.”

“[Bananas] has proven to be over the past decade as more than just a restaurant. It is a community and a reflection of Caribbean Culture in the heart of the Nation’s Capital,” one petitioner wrote.

Community support continues to come in for the small business.

“To see my community rally in support of a local business, which they have so many times in the past, it’s heartening,” says Luloff.

Bananas wrote in their statement that they “thank the community for their unending support.”

“The cultural programming and content is what helps make a place a community like this,” says Luloff.

Their application has been sent to the city’s auditor general for review and further investigation.

Open door possibilities: Community fridges are filling the gaps that cause food insecurity