6 days ago 0 6 min read
We use cookies to provide a personalized experience for our users. By continuing to browse this site, you give consent for cookies to be used.
Got it!
Home > Politics > Groups decry lack of ‘targeted supports’ for post-secondary students in Ontario’s COVID-recovery budget 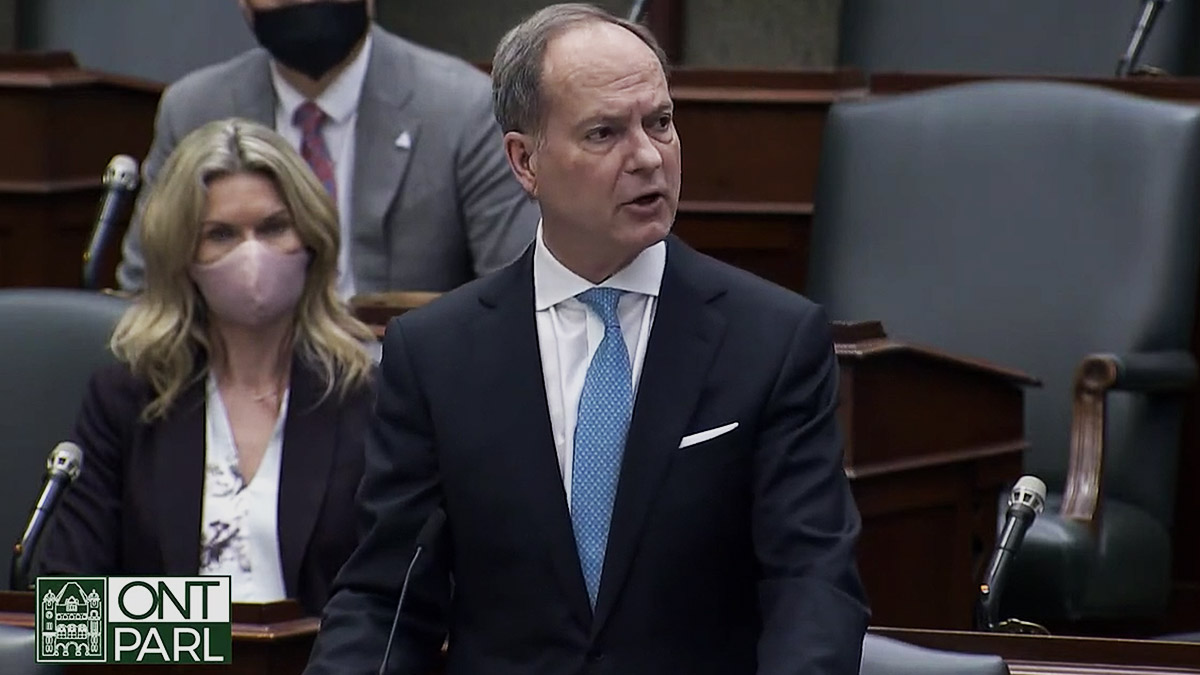 As the COVID-19 crisis continues to create financial distress for millions of Ontario residents, some groups say post-secondary students have been left to fend for themselves financially despite the recent provincial budget promises to provide support in the post-pandemic recovery.

Ontario’s Action Plan: Protecting People’s Health and Our Economy outlines a plan to defeat the coronavirus and help Ontarians overcome the financial suffering the pandemic has caused.

The province’s second pandemic budget had two main parts: a $16.3-billion investment to “protect people’s health” and a $23.3 billion allocation to “protect our economy.”

The second pillar of the budget focuses on supporting families, workers and employers. But many post-secondary students say they’re largely absent from this list.

“Students and recent graduates will play an essential role in Ontario’s post-pandemic recovery strategy,” Mackenzy Metcalfe, a Western University student and vice-president (finance) of the Ontario Undergraduate Student Alliance, is quoted as saying in an OUSA news release about the budget. “We need targeted supports to ensure students are able to afford university, graduate, and be able to contribute to rebuilding Ontario’s economy.”

The supports would include tuition cuts and loan relief, something student groups were advocating for even before the pandemic.

Additionally, the budget said, “to help address the financial challenges related to COVID‑19 and support Ontario students, the government is providing an additional $106.4 million in 2020–21 to post-secondary institutions.”

Sébastien Lalonde, Ontario chairperson for the Canadian Federation of Students, said these investments do not directly support students, and, instead, are aimed at helping postsecondary institutions.

“There is a difference between putting money into institutions which aren’t being told how they spend that money and supporting students directly,” Lalonde said. “There is no money out of the $100 million that is going directly into students’ pockets.”

Before the pandemic, many students were already struggling with debt and tuition fees, as 34,000 students became ineligible for financial aid after the Ford government cut $670 million from OSAP, the Ontario Student Assistance Program.

Last year, the government did announce an expansion of OSAP to include $60-million more in funding for “micro-credential” programs that will provide more retraining assistance for students. Micro-credentials, according to the province, “are rapid training programs that help people retrain and upgrade their skills to find new employment.”

OUSA president Julia Pereria said she believes that change is not enough to support the students grappling financially with the effects of COVID-19, especially as the latest lockdown could prevent many students from working this summer.

OUSA is now advocating for increased investments in OSAP, including the non-repayable OSAP grants, along with reinstating the OSAP repayment pause during the pandemic, and, eventually, for a two-year grace period on repayments.

“This summer is once again going to be very difficult for students to find jobs with the lockdown, which is going to affect how they afford tuition,” said Pereria. “Without a continued investment into OSAP, it is going to make things even more challenging for students.”

Despite backlash from several student groups such as CFS and OUSA, the office of the Ontario Ministry of Colleges and Universities says it is providing more help for students during the pandemic than other provinces..

“While other provinces have allowed post-secondary institutions to raise tuition, Ontario lowered tuition by 10 per cent in 2019 and has kept these levels frozen throughout the pandemic,” said ministry spokesperson Scott Clark.

OUSA and CFS-Ontario said they both plan to continue advocating for students’  interests as the 2020-21 academic school year comes to an end for many and Ontario simultaneously weathers another province-wide shutdown.

“What I want to see the government really do in response is to say: ‘Students are a priority, students are the future and so we are going to make an accessible education for all a priority,'” said Lalonde.

In The News: Thursday, April 29