1 week ago 0 1 min read
We use cookies to provide a personalized experience for our users. By continuing to browse this site, you give consent for cookies to be used.
Got it!
Home > News > Soaring with Santa: You can take a ride over Ottawa with the jolly old elf 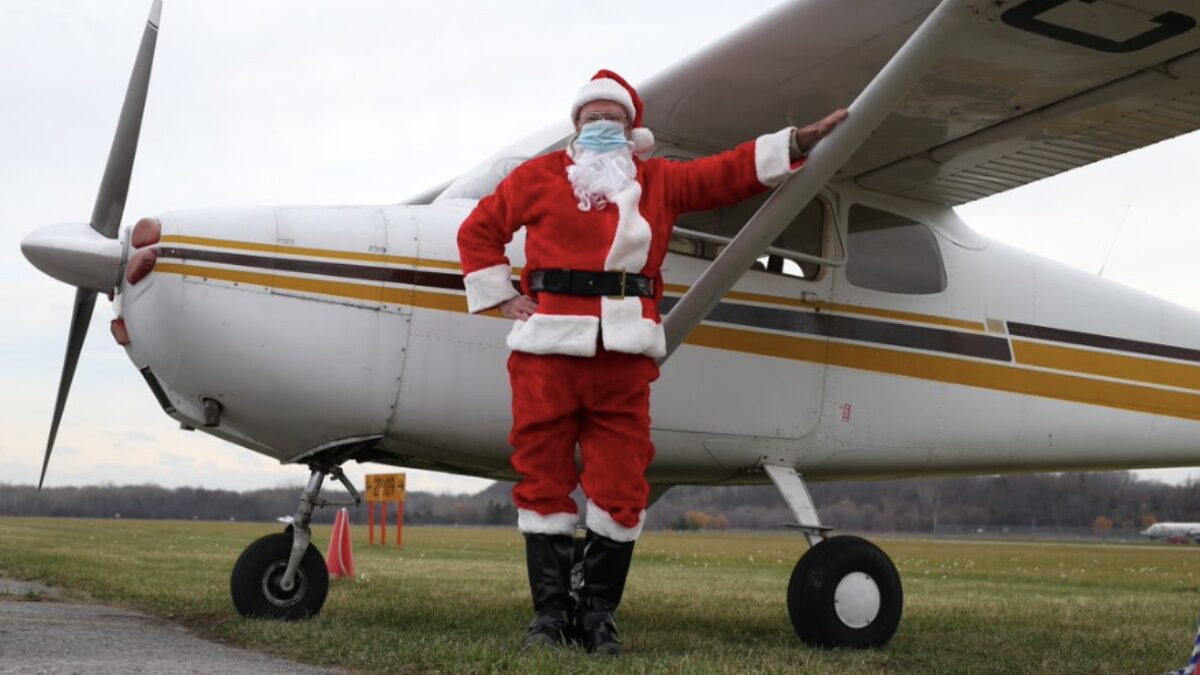 Flights with Santa are being offered for the second time during the holiday season and run until Dec. 26. During a 15-minute flight, passengers are flown over downtown Ottawa, including Parliament Hill, by the red-suited pilot. [Photo © Ottawa Aviation Adventures]
Community

Soaring with Santa: You can take a ride over Ottawa with the jolly old elf

Ottawa Aviation Adventures is running “Flights with Santa,” in which people can book a trip over Ottawa in a plane flown by Santa Claus, complete with white beard, black boots, red suit and — in keeping with COVID protocols — a face mask.

Tickets are $38 and $48 per person, depending on whether there are two or three passengers, and the flights run until Dec. 26.

All proceeds will be donated to the Ottawa Food Bank.

Ottawa Aviation Adventures, the city’s only airplane–sightseeing company, launched Santa into the sky last year during the pandemic as a way to give back to the community.

Since the company’s initiative was so successful last year, they decided to do it again in 2021. Last year, the flights raised about $2,500 and was expected to generate a similar result this time around, said Greg Reynolds, OAA’s chief pilot.

Reynolds said the event attracts a variety of ages.

“It’s a good opportunity to fly with Santa Claus. You know, he’s usually a little busy this time of year, but he’s put aside some time to get away from that for us.”

“We had a lot of kids last year, as well, but it’s amazing the amount of adults who want to go. I’m not sure why that is, but they seem to really like it,” said Reynolds. “So, same thing this year, we’ve had a lot of adults going. Families, too. So, it’s a nice mix.”

Flights depart from the Rockcliffe Airport at the Canada Aviation and Space Museum, located at the intersection of the Aviation and Sir George-Étienne Cartier parkways, and go over downtown Ottawa and Parliament Hill. Flights last about 15 minutes.

“Santa Claus does all the flying,” said Reynolds. “So you’re in safe hands.”

Ottawa Aviation Adventures has been running sight-seeing flights over Ottawa for about 25 years, and the company typically has several vintage airplanes people can fly in.

But for Flights with Santa, all passengers will fly in a Cessna 172, an enclosed airplane that seats up to three passengers. The Cessna 172 model, also known as the Skyhawk, was first flown in 1956 and is considered a staple in vintage aviation.

Those who are interested can reserve a flight by booking through the OAA website, which notes that “this year Santa will be trading in the reindeer for our vintage Cessna 172, and can’t wait to bring all the children for an adventure” above the capital.

“It’s a good opportunity to fly with Santa Claus,” said Reynolds. “You know, he’s usually a little busy this time of year, but he’s put aside some time to get away from that for us.”