2 weeks ago 0 9 min read
We use cookies to provide a personalized experience for our users. By continuing to browse this site, you give consent for cookies to be used.
Got it!
Home > News > Ottawa > Heritage committee approves major Bank Street development but seeks design change to relieve ‘cliff wall’ 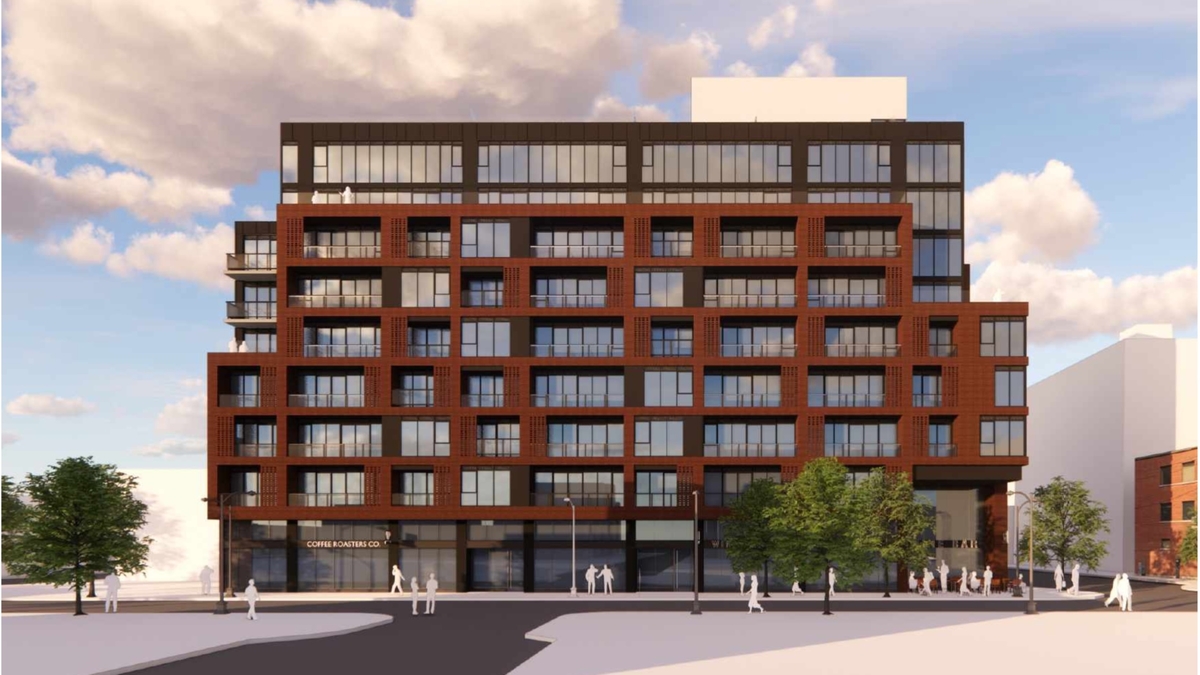 The planned nine-storey, 128-unit residential-commercial building at the corner of Bank and James streets in Centretown possibly future of 390-394 Bank Street was approved by the city's built heritage sub-committee — but with a recommendation for a design change to ease what the local community association called an "imposing wall" along Bank Street. [Image credit: City of Ottawa/RAW Design]
Development

A historic and high-profile section of Bank Street in Centretown could soon get a major makeover.

After much virtual discussion Friday morning, the City of Ottawa’s Built Heritage Sub-Committee endorsed plans for a new nine-storey, 128-unit residential/commercial building at the site of a former pub at the corner of Bank and James streets and a small, nondescript commercial building at 390-394 Bank St.

But the project will require rezoning, and the committee recommended one significant design change.

If accepted by the city’s planning committee and then city council on Nov. 25, the existing buildings will be demolished to make way for the new development.

The redevelopment is being spearheaded by Fotenn Planning + Design with the architectural firm RAW Design. Along with the proposed building’s residential units, the project would include two levels of underground parking and ground-floor retail behind a glassy facade.

Discussion at committee focused on the height of the building and the degree to which upper floors would be set back from the street, in keeping with Centretown Heritage Conservation District guidelines.

“The design of the proposed nine-storey rental building at 390 and 394 Bank
Street has much to commend it,” stated a letter about the proposed development submitted by the Centretown Community Association, which ultimately objected to key elements of the plan.

“It would provide intensification and contribute to the revitalization of Bank Street.
The materials, especially the red brick, reflects the heritage of the neighbourhood,” stated the CCA letter, signed by association vice-president Jack Hanna. “However, we have a concern. The building’s front wall is close to the sidewalk and curb, and goes straight up seven storeys. This creates a ‘cliff wall’ along Bank Street.”

The committee recommended changes to the proposed development to include a step-back design beginning at the the fourth floor to lessen what the CCA had described as a “an imposing wall so tight to the sidewalk” along Bank Street.

“With the contemporary treatment of this building we are just thinking and projecting ahead to what development may look like over the long term,” Fotenn’s Jaime Posen said to the committee, “with consideration for both planning policies but also heritage context and designations, as well as development realities.”

CCA president Shawn Barber said the community opposed the original design because it did not comply with neighbourhood-approved design principles.

It “not only fails the HCD Guidelines but also the guidelines for traditional main streets and the Centretown Community Design Plan,” Barber said to the committee. “For us it’s hard to envision a solution that would incorporate anything other than some sort of setback.”

In the end, the committee voted in favour of amending the design to add a “wedding cake”-style step back at the fourth storey. Somerset Ward Coun. Catherine McKenney is to be involved in ensuring further public input throughout the planning process.

Committee vice-chair Carolyn Quinn said she believed the project has the potential to set a precedent for the look of Bank Street in the future.

In other business, the committee added 442 properties in Centretown to the Heritage Registration list. Another 21 from across the city were also added.