6 days ago 0 8 min read
We use cookies to provide a personalized experience for our users. By continuing to browse this site, you give consent for cookies to be used.
Got it!
Home > Sports > High as a kite: Riding the wind above Ottawa’s Britannia Bay 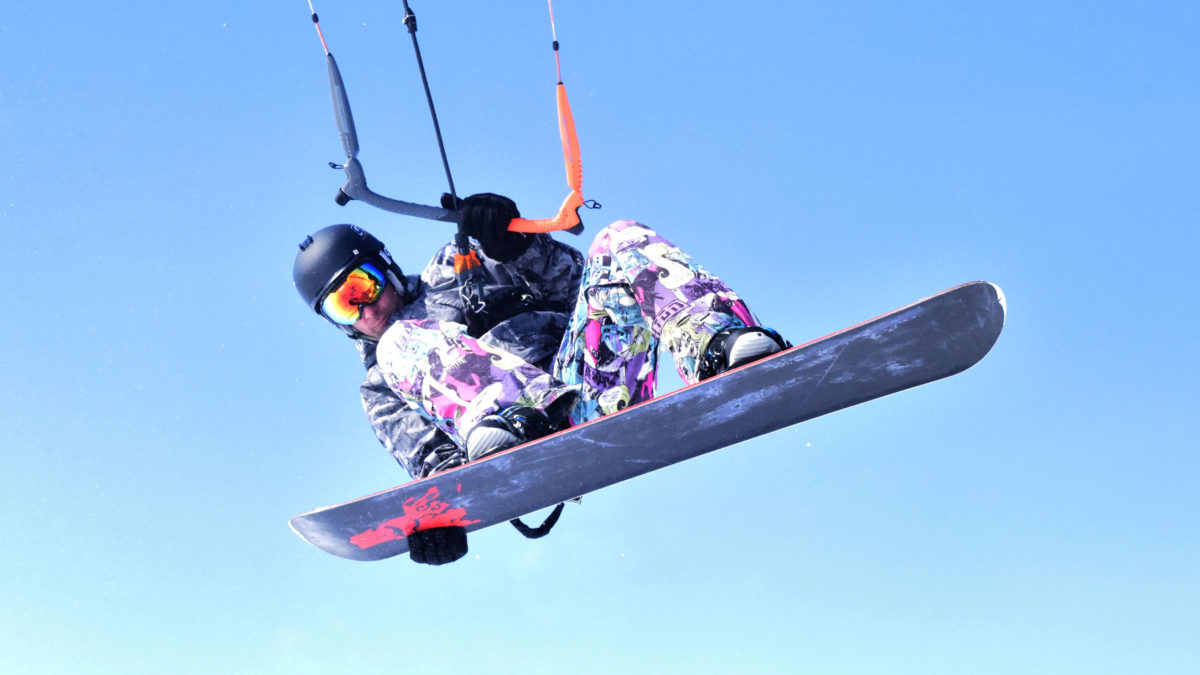 High as a kite: Riding the wind above Ottawa’s Britannia Bay

During summer, people flock to Britannia Beach to soak in the sun and take a dip in the Ottawa River.

In the winter, though, the frozen shoreline attracts a different group of people. They bundle up. They zoom around at high speed. They propel themselves 40 feet in the air. They harness the wind.

They’re boarders with a difference.

The popular summer sport where you surf pristine waters in the sunshine, pulled by a large parachute-like kite has a winter equivalent.

Kiteboarding in winter — or “snow kiting” — is a popular winter sport taking place in open, windy areas. Summer and winter kite-related sports use the same type of kite to pull riders, and depending on the wind, that can result in some serious speeds, air and tricks.

Britannia Bay is one of the most popular destinations in winter. The area has plenty of open space and good wind conditions, according to Ottawa Kiting, a website dedicated to these sports. The website gives Britannia four stars out of four as a winter destination.

When the conditions are good, the area is dotted with kiteboarders. One of those enthusiasts is Ryan Campbell.

“It’s awesome. It’s a huge adrenaline rush,” says the 36-year old. “You forget all your bad times. It makes you feel really good.”

Often, that adrenaline rush is at the mercy of Mother Nature especially the speed of the wind, which riders check in advance online before going out. Campbell says that the minimum wind speed for snow kiting is eight knots (roughly 15 km/h) if the snow is hard, and 10 if the snow is soft. Anything over 16 knots is ideal for jumping, and once it starts hitting over 25 knots, well, Campbell says “you can go to the moon.”

Kiteboarding is a recent winter practice in Ottawa. On bright days, the few people not cowed by the chill and the wind make their way out to Britannia Bay, where they lay out kites as tall as four people and get ready for a day of high flying.

“Every year, it’s getting bigger,” says Campbell about the sport’s community in Ottawa, as he pulls a black and red board out of the trunk of an over-stuffed car, his face exposed to the wind.

“There were maybe 12 people in Ottawa when I started and now we’ve got over 900 on our Facebook group.”

Campbell has been boarding for 14 years and he’s only gotten more into the winter sport since. He found the hobby mostly by accident, when he happened on a group of boarders who were heading out for some air time.

“I saw a bunch of guys walking by with wake boards and bags on their back and I stuck around,” explains Campbell. “And low and behold, they’re pumping up these big sails and doing what looks like wake-boarding but without a boat.”

It’s also not a solitary experience, as he discovered a set of people who share the passion. On windy days, they congregate near the beach, finding each other before setting sail.

“There’s a lot of social time in the parking lot before or after,” says Campbell. “A lot of guys like to have a beer together once the day finishes, kinda like hockey, chat about the biggest jumps of the day, the biggest falls.”

Campbell was originally a snowboarder. But over the years, driving to the ski hills began to lose its appeal. “Lift tickets were getting expensive,” he explains. “And when you start getting good you get bored of it.”

“I used to snowboard about 20 times a year and now I don’t think I’ve been three times in the last five years. It’s all just been kiteboarding.”

The cost of kiteboarding can also vary.

Kitemare is a popular retailer for kiteboarding equipment. It has a variety of options, from beginner kites that cost about $218 to ones for more experienced riders that cost $1,800. These prices don’t include boards, helmets and any other additional equipment. People can end up paying thousands of dollars on kiteboarding.

The thrill of the sport brings Campbell out in all conditions and every circumstance. He recalls that before he had a car, he would take up three seats with all his gear on a bus ride to Britannia Bay.

Campbell says he has gone kiteboarding in -40 weather, suffered wind burns on his face and almost missed his brother’s wedding, trying to fit two hours of boarding in before the ceremony.

When the right conditions present themselves, you have to take advantage, Campbell explains. “It’s funny how you start to organize your life around the sport,” he says, grinning. He says he works at Costco because the shift work allows him to keep his afternoons free for the sport.

Above all, Campbell loves to fly.

This day he managed a few feet of air after ramping off of a snow-capped stone jetty just west of Britannia Beach. Campbell says the fastest he’s ever gone is about 70 km/h, though he says some people try and break 100 km/h on windy days in the winter.

Big speed means big jumps. At times, Campbell says has soared 44 feet up in the air — a height he says is the second best in Ottawa — judged by a GPS tracker clipped on to his gear. But he’s not planning on stopping there. “You’re always trying to beat your personal best,” he says. “it’s something to strive for.”

With the love of the sport so strong, Campbell adds that the urge to board is something a kiteboarder’s significant other has to have an understanding of. His wife of ten years is used to his changing schedule, he says, and for that he’s thankful. “You might be number one on my heart, but number two on my schedule,” he laughs.

Ottawa Women on the March