6 days ago 0 6 min read
We use cookies to provide a personalized experience for our users. By continuing to browse this site, you give consent for cookies to be used.
Got it!
Home > COVID 19 > In the virtual spotlight: Dance crews adapt to Carleton’s COVID-era showcase 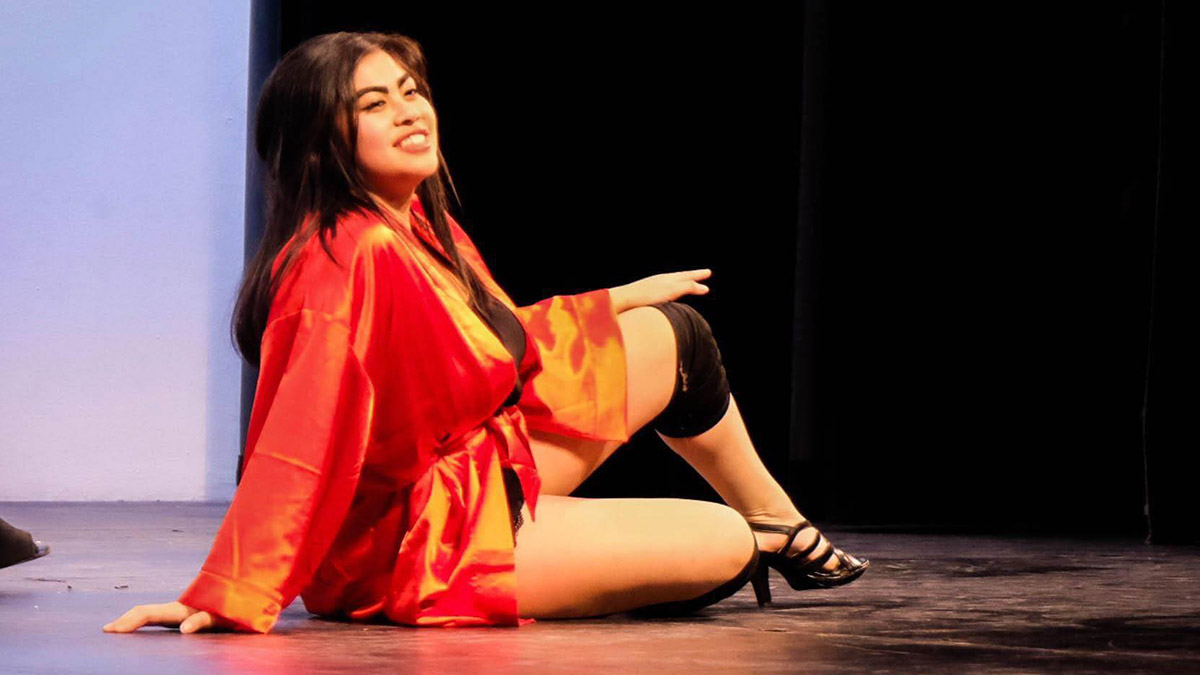 After a year of earnest practising online, the Carleton University Dance Crew held its first virtual showcase on April 3 after the pandemic forced the cancellation of the annual event last spring.

With more than 500 spectators expected to attend the scheduled March 2020 show, CUDC members were stunned when they received the news that the university was shutting down all campus activity just a week before the highly-anticipated event.

“We had all the (dance) numbers done. Everything was clean, everyone had costumes, we were ready — and then lockdown hit,” recalled Patricia De Leon, president of the CUDC. “The executives thought, ‘Ok, we’re just going to push this to October until it’s safe,’ but then October rolled around and nothing changed, so it got cancelled.”

When she was elected CUDC president last April, De Leon thought things would soon get back to normal and she would plan for an in-person showcase with practices held in the University Centre atrium, as usual. However, as the pandemic continued to progress and the school year began on a virtual format, she realized her dance crew would continue to face major challenges.

The CUDC is a “walk-on” Carleton campus club for those who love to dance, meaning that there are no auditions or limit on the number of members. Rather, each crew can include between 10 and 20 dancers for any given practice. De Leon emphasized the club’s focus on accessibility and inclusivity as the reason why practices are open to anyone who’d like to join.

The CUDC choreography style shifts between the hip-hop and contemporary genres, favoured by both dancers and viewers alike for their catchy and energetic beats.

To alleviate pressure on returning members of the crew, De Leon and her executive team decided to waive the $10 membership fee per dancer that is required in normal circumstances. They then set up a system in which each crew could meet for two hours every Tuesday and Thursday via Zoom to practise their dance numbers, with a Google Drive available to archive recordings of the sessions for those unable to attend live.

Elizabeth Rutter-Wilson, a third-year cognitive science student, has been a CUDC member for three years. As a returning dancer, she said rehearsing online just wasn’t the same as getting together with friends in person to practice a routine.

“Within the first few practices, I could tell a lot of people were not into it at all,” she said. “In the first two weeks, we only had half the amount of people show up. Then, as the months went along, less and less people kept coming, which was a huge bummer.”

De Leon and Rutter-Wilson both explained that teaching dance virtually is a big challenge compared to in-person sessions, because instructors have to navigate time differences, internet issues, and tight spaces in participants’ homes. Instructors also have to teach their choreography in reverse to counter Zoom’s mirroring effect.

The CUDC’s member count wasn’t the only thing that was affected by the pandemic transition to virtual. Most of the crew’s typical yearly activities have also been taken off the table because of the pandemic, including its once-a-semester pub nights, fashion shows, and Culture Fest performances. This means that the CUDC’s annual showcase was the only event members have practised for this year.

CUSA student groups administrator, Samuel Kilgour, said there’s been a trend of decreasing attendance among most Carleton University clubs and general school programming as a result of the virtual format.

“Fundamentally, a lot of these groups thrived on in-person community building,” he said. “That was where they got their memberships and built a sense of community, but all of that has changed.”

Despite the challenges, Kilgour also said he’s seen a lot of innovation among Carleton clubs to maintain student engagement and positivity, which could open up new opportunities for club operations in coming years.

A Texas Tech University study has shown clubs are an important part of enhancing academic experiences, as well as improving student retention and persistence in degree completion. In an environment in which school has been moved entirely online, clubs are one of the only ways for students to connect with their peers and develop their leadership and learning opportunities.

“Yes, (there’s) been less events, but the club system’s presence this year has been more about online support and survival,” Kilgour said. “It’s switched from being about fun and a break from studies to surviving — literally and figuratively — this pandemic.”

The CUDC won’t be discouraged by the pandemic challenges, said De Leon. In a normal year, she likened the club to a part-time job with practices stretching to four or even eight hours in the weeks approaching the showcase. Now, those hours have been cut in half and the number showcase dance routines has dropped from 30 to five. Nevertheless, those participating in the modified activities have continued to dedicate themselves to their passion and grown closer.

“One of my favourite things about this year in particular is seeing how committed people are to being part of the team,” said De Leon. “We have members who will join our Zoom call from the bus or a parking lot just to interact with us. It’s heartwarming seeing the love and support for this little family we’ve created, especially since we’re all struggling with the pandemic and feeling the isolation.”

Since its main showcase event moved online, the CUDC decided to have each of its members record their individual performances over the phone from home and submit them separately into a shared Google Drive. The clips were then stitched together to create a video compilation displaying all the dancers performing the five separate dance numbers. The crews then took part in the April 3 virtual gathering in which these dance videos were showcased for the first time.

“This group is one of the only social outlets I have,” Rutter-Williston said ahead of the showcase event. “We haven’t had any opportunity to perform in front of an audience this year, so I really look forward to seeing everything come together.”

In The News: Tuesday, April 27