2 weeks ago 0 8 min read
We use cookies to provide a personalized experience for our users. By continuing to browse this site, you give consent for cookies to be used.
Got it!
Home > News > Ottawa > New exhibition at the Canadian War Museum puts Anne Frank’s story in a wider context 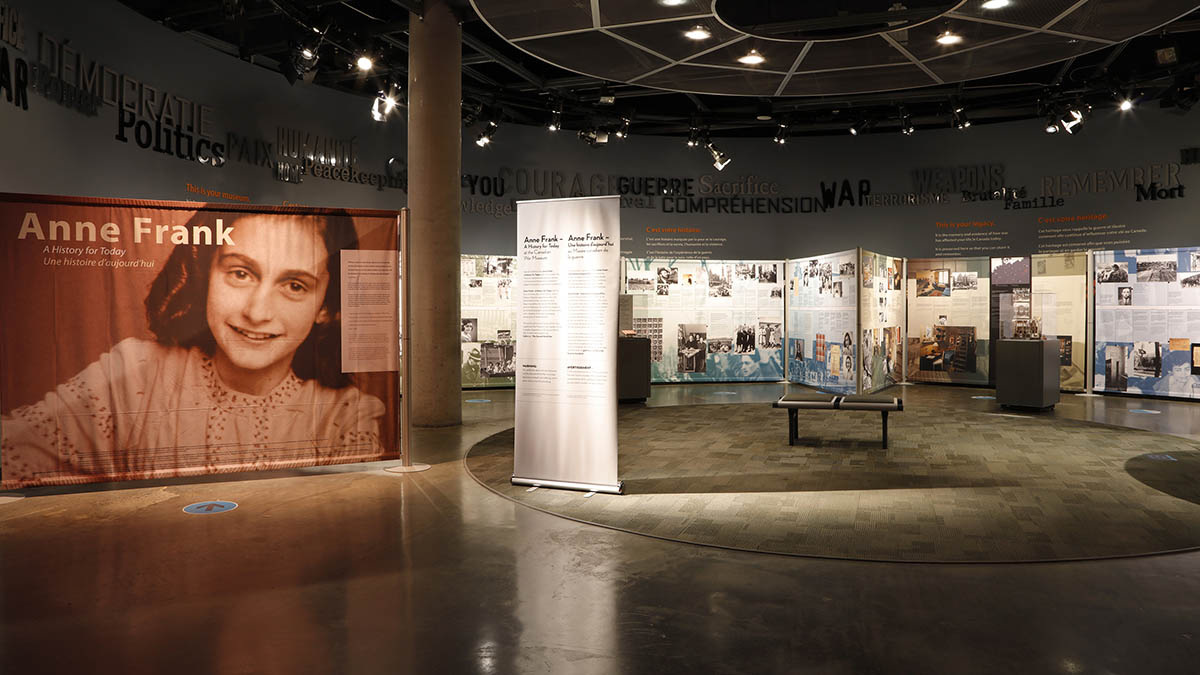 A new exhibition at the Canadian War Museum is offering a new perspective on one of the most famous Holocaust stories from the Second World War.

Anne Frank – A History for Today runs at the museum until April 25. The travelling exhibition was developed by the Anne Frank House, Amsterdam, and has already been to other Canadian cities. Originally the exhibition was scheduled to open at the Canadian War Museum in 2020 to mark the 75th anniversary of the end of the Second World War but was delayed because of the pandemic.

Anne Frank was a young Jewish girl in Amsterdam, Holland, when the war broke out. After the German invasion of the Netherlands, her family went into hiding where she wrote a diary during her time in what was called the Secret Annex. The family was betrayed however and they were taken by the Nazis to concentration camps. Anne died in Bergen-Belsen in late 1944 or early 1945. Anne’s diary was found and published to continuing universal acclaim.

Anne Frank – A History for Today is centred around two timelines both beginning at the end of the First World War. One follows the Frank family, complete with photographs and diary excerpts. The second timeline illustrates the rise of Nazism in the 1920s and ‘30s through photographs and documents.

“What I found really affective is the way they paired what was happening nationally to the Franks,” says Britt Braaten, a creative development specialist at the Canadian Museum of History who is working with the exhibition. She says connecting broader events with the story of a single family helps viewers relate on a personal level.

Jeff Noakes, an historian at the War Museum, said he hopes visitors who have read some of Anne Frank’s diary will take away the broader context of the persecution leading up to the Second World War.

“We hope people get a better understanding of the events that Anne writes about, but also some of the reasons Anne’s diary became such a famous personal account of the Second World War,” says Noakes.

“Although the events explored in “Anne Frank – A History for Today” happened nearly 80 years ago, an exhibition like this remains highly relevant in today’s world,” said Caroline Dromaguet in a media release from the museum. Dromaguet is the acting director and CEO of the Canadian War Museum and the Canadian Museum of History.

“Anti-Semitism and many other forms of discrimination are still with us today, making it important for educational institutions like ours to share tragedies like this, both from a historical perspective, and as a cautionary tale,” she says.

The Anne Frank House in Amsterdam is also offering two virtual programs related to the exhibit, through the Canadian War Museum. A Masterclass on Anne Frank’s story and its Canadian connections will be presented via Zoom on March 24. A virtual tour of the secret annex that sheltered the Frank family will be held on March 31.

The exhibition has been seen by more than 165,000 visitors in over 85 different venues in five provinces and the Yukon, says Julie Couture, the Canadian project coordinator from the Anne Frank House. More than 1,650 high school students were trained as official guides for the exhibition, she says.

After Ottawa, Anne Frank – A History for Today heads to the Stratford Perth Museum where it will run from July 1 to Dec. 31.

In the News: Thursday, March 4