4 days ago 0 4 min read
We use cookies to provide a personalized experience for our users. By continuing to browse this site, you give consent for cookies to be used.
Got it!
Home > News > Ottawa > Ottawa’s Black and Indigenous communities hope mourning of Queen’s death will spark new era of apologies and social change 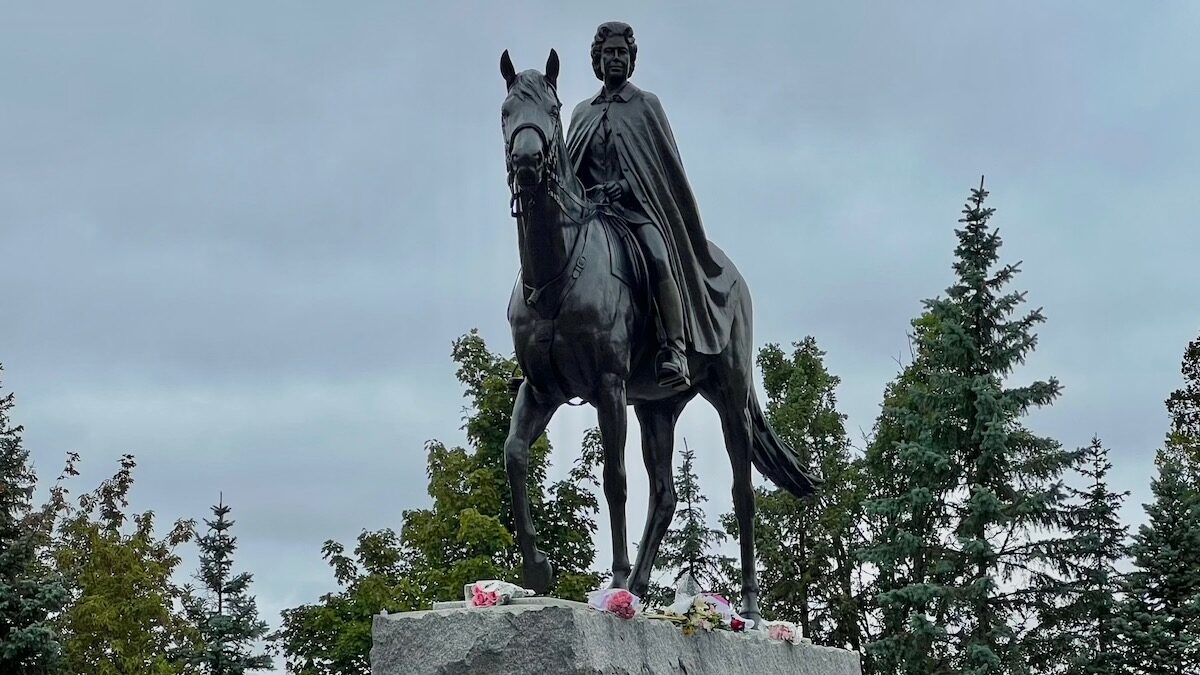 By MalisaThoudsanikone, 2 months ago 0 4 min read

On a dreary Monday in downtown Ottawa, mourners recently gathered to mark the death and commemorate the life of Queen Elizabeth II. Members of the RCMP marched down Elgin Street to the steady beat of drums and the piercing timbre of bagpipes.

While many are saddened by the Queen’s passing, Ottawa’s Black and Indigenous communities are grappling with complicated emotions arising from the national day of mourning on Sept. 19.

There are conflicting views on what Queen Elizabeth II symbolizes. For many, she represents stability.

Judith Yaworsky witnessed the Queen’s strength when she handled media relations for a royal tour in Canada in 1984. The Ottawa-based communications consultant remembers the Queen’s poise as she embarked on a 10-day visit, engaging with journalists and admirers. In Yaworsky’s eyes, the Queen never abandoned her duties.

For 70 years, Queen Elizabeth II served the Commonwealth through conflict, change and uncertainty.

However, some in the Black and Indigenous communities see the Queen as a symbol of colonization and systemic violence.

These communities teeter between honouring the Queen, and holding the monarchy accountable for historical injustices.

“I will be attending Her Majesty’s funeral as a testament that despite colonization and genocide, First Nations people are still here,” said National Chief RoseAnne Archibald and official statement from the Assembly of First Nations. “We are relentless and have been strengthened by the challenges facing us all.”

The Assembly of First Nations has asked King Charles III to renounce the Doctrine of Discovery. According to an essay from First Peoples Law, the centuries-old doctrine gave Britain and other European empires full control over the traditional Indigenous lands and territories colonized by European settlers.

The doctrine underpins the colonization that began in the 15th century, a process that was ultimately responsible for such things in Canada as the cultural genocide caused by the residential school system, which abused Indigenous children from the 1870s to 1996.

In 2022, the Social Sciences and Medicine Journal published a study about the impacts of residential schools on Indigenous peoples in Canada. The study found that descendants of survivors are more likely to have suicidal thoughts as a result of multigenerational trauma.

Demands for the British monarchy to make amends are also coming from Canada’s Black community.

“We can mourn and celebrate the Queen separately,” said Hector Addison, the co-founder of the African Canadian Association of Ottawa. “But at the same time, we want to move forward with the institution, which King Charles now represents, to right some of the wrongs and apologize for the ills of colonization.”

The so-called Mau Mau Rebellion comes to mind for many in the local community. In 1952, a civil war broke out in Kenya where 20,000 rebel fighters fought against the British military at the outset of Kenya’s push for independence from the British Empire. The war erupted after years of British colonization in East Africa, where locals were exploited for tea and coffee production. .

During the uprising, people were detained in barbed-wire villages and endured forced labour and starvation.

Though the British government offered reparations in 2013, the town of Kericho in Kenya still suffers from multinational companies profiting off their lands for tea production.

ACAO president John Adeyefa said he won’t back down on calls for change and for Britain to acknowledge and apologize for historical injustices — “the ills of the past,” as he put it.

For now, Addison and Adeyefa don’t have specific plans for encouraging apologies from King Charles, but they emphasize they don’t want to immediately pressure Canada’s new monarch. They would rather see King Charles willingly acknowledge historical wrongs, and make a sincere apology in order to move forward.

“Any nation that forgets about its past is bound to fail,” said Addison. “We are not asking (King Charles) to dwell in the past, but the past must guide where we want to go.”