3 days ago 0 4 min read
We use cookies to provide a personalized experience for our users. By continuing to browse this site, you give consent for cookies to be used.
Got it!
Home > Politics > Ottawa Votes 2022 > Overcrowded schools a concern in fast-growing Riverside South-Findlay Creek 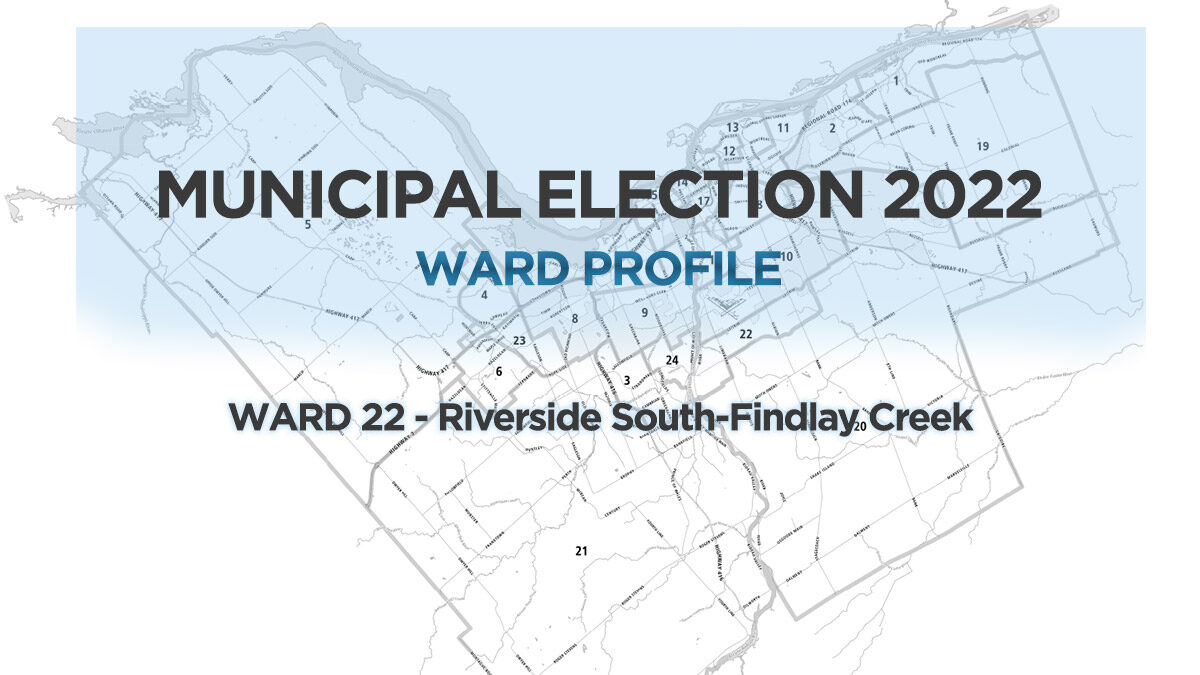 Riverside South-Findlay Creek ward, originally known as Gloucester-South Nepean, is bounded on the north by Leitrim Road, on the east by Hawthorne Road, on the south by Earl Armstrong Road and Limebank Road and on the west by the Rideau River. Find out more about the ward’s boundaries here.

Carol Anne Meehan, who won the seat in 2018, has decided not to run again, leaving four candidates vying for the job: Zainab Alsalihiy, Steve Desroches, Salah Elsaadi and Em McLellan. The election is Oct. 24. Visit here for more information on how to vote.

The City of Ottawa says about 36,066 people live in the ward. The Ottawa Neighbourhood Study says that, in 2016, the ward had a median income of $45,107 after taxes, in comparison to Ottawa’s median income of $37,149. Immigrants make up 29.2 per cent of the ward’s population, above the city average of about 23 per cent.

Overcrowding in public schools has been a problem in Riverside South-Findlay Creek, where homes are being built as quickly as developers can erect them. There aren’t enough schools to go around. Findlay Creek Elementary School is among the schools looking for alternatives to help ease overcrowding as enrolment rises. Students are transferring to schools kilometres away from their homes as a temporary solution. Schools are not the responsibility of local municipal councils, but the problems of development and infrastructure such as schools not being co-ordinated are a concern for local politicians. (Riverside South-Findlay Creek ward will not see a new school until 2024.)

Riverside South-Findlay Creek is the home of the Mosquito Creek, a narrow, shallow creek with several navigable kilometres just north of Riverside South. It is an important micro-habitat for a variety of plants and animals.