2 weeks ago 0 1 min read
We use cookies to provide a personalized experience for our users. By continuing to browse this site, you give consent for cookies to be used.
Got it!
Home > Science > Putting a new spin on it: Finding by astrophysicists shows there is more than one way to orbit a star 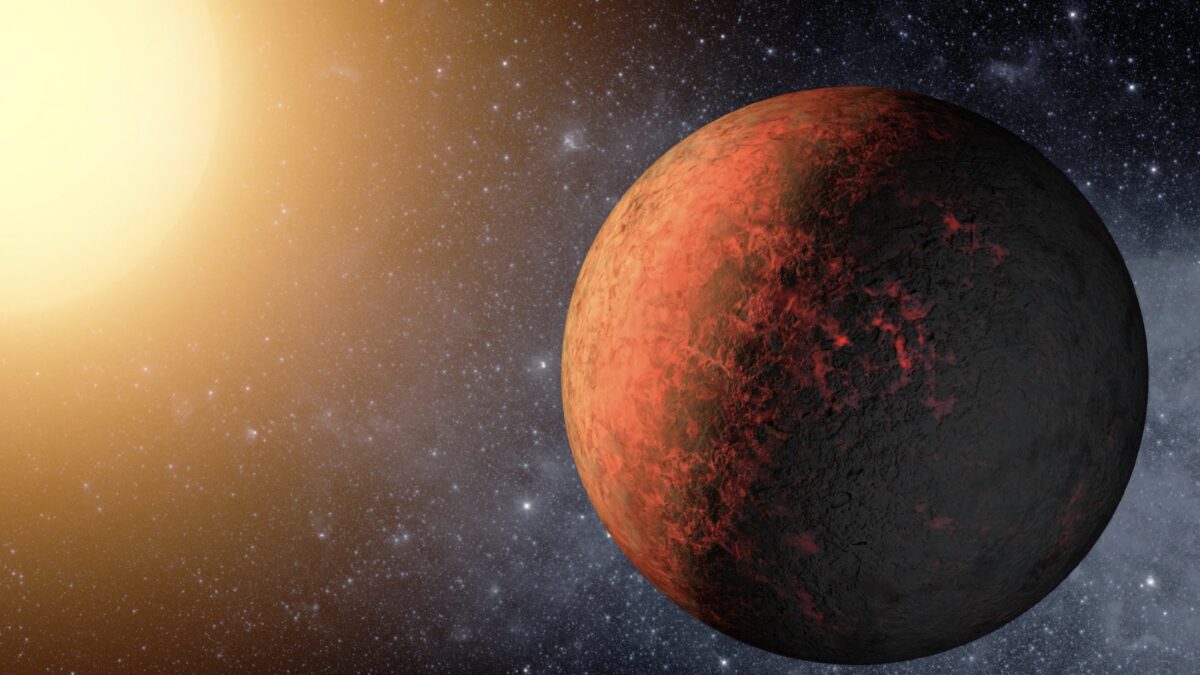 Putting a new spin on it: Finding by astrophysicists shows there is more than one way to orbit a star

By Preslea Normand and Jasmine Bhimani, 11 months ago 0 6 min read

Some 294 light years from Earth and nestled in the depths of the Pisces constellation is the star HD3167.

The star has piqued the interest of astrophysicists because of the unusual orbits of its planets B and C that challenges what we think we know about the universe.

This is a very strange alignment. Scientists have scratched their heads about why a star would have two planets rotating in this way. The main hypothesis is that another celestial body — most likely a large planet or small star — is exerting its gravitational influence, resulting in the unusual alignment.

There is a third known planet called D. It does not pass in front of the star. Since scientists cannot see its orbit, it doesn’t play a part in C’s perpendicular orbit. When scientists mention the idea of some outside force responsible for causing the orbital anomaly, they’re referring to an unknown body that is separate from planets B, C, and D.

As we discover these unusual planetary systems, scientists are continually surprised. This begs the question: is our our solar system the norm or the exception?

In July 2020, astrophysicist Vincent Bourrier led a team of researchers at the University of Geneva in a study of HD3167. After delving further into observations of the distant star system, they discovered the unexpected, perpendicular orbit of HD3167’s planet C.

“I was so excited to go further into a way to measure something,” Bourrier said. “And then, of course, I got excited when I found out the specific configurations of the system.”

Amaury Triaud, a professor at the University of Birmingham in England, who researches planetary systems, said astronomy, “contributes to the understanding of our own origins, effectively. Astronomy is a mirror, it’s all about ourselves.”

Astrophysicists have used our solar system as the reference for what is normal, and assumed we would find other systems like ours – with planets orbiting the equator of their star – across the universe. Now, because of this misaligned planetary system, scientists have seen that this is not the case.

Sara Seager, a Massachusetts Institute of Technology astrophysicist and author of The Smallest Lights in the Universe, said the finding has highlighted specific questions in astrophysics. “How did our solar system form and evolve, and how common is our planetary system?” she said.

One reason the finding was so unexpected is that planets orbiting around a star typically all do so on the same plane. Even if an outside force causes the planets to orbit differently than where they were originally formed, they generally become misaligned together — meaning, the planets may be misaligned with the equator, but remain in the same plane. The UNIGE team found the planets in HD3167 in perpendicular orbit within the same system, a new finding in astrophysics.

Since scientists have hypothesized the presence of a fourth celestial body — likely a small star or large planet — as the cause of the unusual misalignment around the star, Bourrier and his team are now trying to identify that unknown fourth body.

Previous research showed that the larger outer planet C was orbiting perpendicular to the star’s equator. Scientists could not yet see the transit of the smaller inner planet B.

Bourrier’s team further developed a technique called the Rossiter-McLaughlin effect revolutions, to observe planet B’s orbit. This is the smallest planet whose orbit has been observed, thanks to the technique.

Now, scientists can apply the revised technique to smaller planets, meaning they can observe orbits within more planetary systems. It also raises questions within the astrophysics world, such as what we do and do not know about the architecture of planetary systems across the universe.

The Rossiter-McLaughlin effect originally used all the light coming from a star without splitting it into different colours — like a prism does — according to Bourrier.

Improvements to the original technique allowed for the interpretation of smaller signals, meaning scientists could observe the orbits of smaller planets. Then, the team at UNIGE developed the revolutions technique in 2016. This development allowed them to precisely detect what regions of the star’s surface the planet passes in front of. Like holding an object in front of a lamp and casting a shadow, this technique detects objects in space by observing where the light from a given star is blocked.

In this way, the team was able to develop the improved technique to apply it to the smaller, inner planet B, and observe its orbit.

CHEOPS, an acronym for CHaracterising ExoPlanets Satellite, is a European telescope named after the Egyptian pharaoh who commissioned the Great Pyramid of Giza. It serves a different purpose.

By extremely precisely measuring the light coming from a star, scientists are able to get two important measurements: “One is the size of the planet, and the other is the exact timing when the planet passes in front of the star,” said Bourrier.

That timing is something they couldn’t get from their ESPRESSO spectrograph orbit-measuring tool — timing that was crucial for their calculations.

Although the researchers are confident in their results, they do caution that the calculation of planet B’s orbit was based on a single observation of its movement around HD3167.

The calculation of the planet’s orbit would have been more accurate if scientists had been able to capture multiple transits of planet B, according to Bourrier.

“In science we like to repeat results, to confirm your measurements. Clearly in the future we’ll need to get more observations to really validate this result,” he said.

Bourrier’s team is now trying to identify the fourth celestial body that misaligned the planets. They predict that it is something in between a giant planet or a small star, according to Bourrier. Now, they will conduct further research to confirm what it could be, if indeed it exists.

Are we the odd ones out?

Ultimately, the surprising celestial dance of the planets orbiting HD3167 shows that diverse types of orbit architectures exist in the cosmos. Astrophysicists originally believed that the structure of our solar system — with all the planets orbiting on the same plane — would be echoed elsewhere. Instead, discoveries such as the perpendicular orbits of planets B and C make researchers question whether other systems are like our own sun’s planetary system, and the extent to which they might differ.

Bourrier and his team are now investigating how planetary systems evolve over time, and what caused the unusual formation in the HD3167 system.

Bourrier said he hopes he can use the findings in this system to research orbit architectures in other star systems.

“I find it incredible,” Bourrier said, “to expand further and further our horizons of what we know and to contribute in this small way … to the general knowledge of, well, humanity.”