1 week ago 0 1 min read
We use cookies to provide a personalized experience for our users. By continuing to browse this site, you give consent for cookies to be used.
Got it!
Home > Politics > RoseAnne Archibald becomes first woman to lead Assembly of First Nations 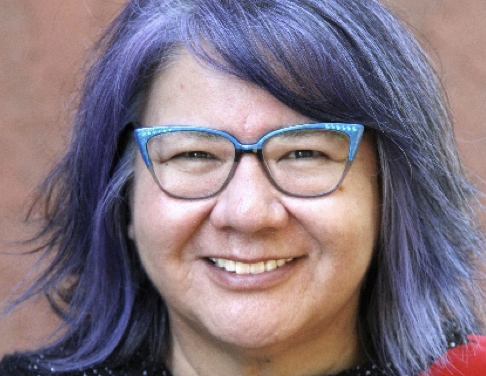 RoseAnne Archibald will lead the Assembly of First Nations as the first woman to hold the post of National Chief in the organization’s 50-year history.

“Today is a victory and you can tell all the women in your life that the glass ceiling has broken,” said a jubilant Archibald in her victory speech. .

“I thank all of the women who punched that ceiling before me and made it crack,” she said.

Archibald, who belongs to Taykwa Tagamou Nation, has been involved in First Nations politics for decades.

She is also used to breaking glass ceilings. In 1990, at 23, she was the first woman and the youngest Chief of Taykwa Tagamou Nation.

And in 2018, she became the first woman to be elected as Ontario’s regional chief.

Ironically, according to media reports, Archibald has twice supported resolutions alleging misconduct within the AFN executive. And the AFN, in turn, has investigated complaints of harassment against Archibald.

As a multi-disciplinary artist, Archibald, who holds a master’s degree in humanities, focuses on political art, landscape and portrait photography, music and as well as documentary short films.

Seven candidates entered the race with only Archibald and Bellerose making to the fourth round.

Even after the fifth round of voting neither candidate could reach the 60 per cent majority required to be elected as the national chief.

The National Chief of the Assembly of First Nations advocates on behalf of more than 900,000 First Nations status people in 634 communities across the country, to influence federal government policy.

The election of the national chief is held every three years. Perry Bellegarde, who had served two terms announced in December that he would not run again.

This year’s election took place as the country is reeling from the discovery of unmarked graves near several residential school sites and with wildfires ravaging First Nations communities in British Columbia. And it comes before a much-anticipated federal election in the fall during which issues important to Indigenous peoples will be on the agenda.

Archibald said despite the differences among different First Nation communities, there are things they share.

“We all want our children to grow up proud and surrounded by love, culture, ceremony, and language in safe and vibrant communities,” she said.

“We want a Mother Earth for them that is not threatened by climate change and wildfires and a warming planet,” she added, “We want to be good ancestors and leave a strong legacy for the seven generations ahead.”